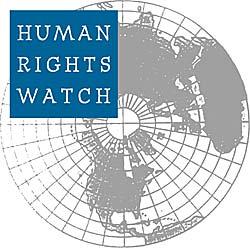 The European Parliament resolution on demands a clear link between enhanced engagement and concrete human rights improvements in the country. But for the resolution to have an impact, the EU needs to set clear, public, and tangible human rights benchmarks.

“The European Parliament resolution on demands a clear link between enhanced engagement and concrete human rights improvements in the country,” said Hugh Williamson, Europe and director at Human Rights Watch. “But for the resolution to have an impact, the EU needs to set clear, public, and tangible human rights benchmarks.”

The European Parliament resolution makes recommendations to the Council of the European Union, the European Commission, and the European External Action Service (EEAS) on the negotiations for the cooperation agreement. The resolution recognizes areas of mutual interest, but notes the marked decline in ’s human rights record.

The resolution drew attention to intensified repression of “opposition parties, independent media, trade unions, activists, and human rights defenders” following the December 2011 violence in the western town of Zhanaozen; unfair trials that “cannot be considered as compliant with fair trial standards” in part because of uninvestigated allegations of torture; violations of workers’ rights to organize and bargain collectively; and criminal trials of opposition activists and oil workers that appear to be politically motivated.

In adopting the resolution, the European Parliament sent a clear message to the Council, the Commission, and the High Representative/Vice President that enhanced relations with depend on that country’s political reform.

The External Action Service, the Commission, and EU member states should be sending this message to the government, whose deteriorating rights record is at odds with the resolution’s emphasis on respect for human rights, Human Rights Watch said.

In June, EU foreign ministers adopted a new EU Strategic Framework and Action Plan on Human Rights and Democracy, pledging that human rights, democracy, and the rule of law will be promoted “in all areas of the EU’s external actions without exception,” and that the EU will “place human rights at the center of its relations with all third countries, including strategic partners.”

On the basis of the European Parliament resolution, the EU should press for concrete human rights improvements, including on several human rights concerns that were articulated in the resolution itself:

•Promptly and impartially investigate all allegations of torture and ill-treatment in connection with the Zhanaozen violence and hold those responsible accountable;

•Repeal or amend the vague criminal charge of “inciting social discord” under article 164 of Kazakhstan’s Criminal Code and release from detention anyone held on this basis;

•Amend legislation on freedom of assembly to bring it into conformity with ’s international obligations;

•Amend the recently adopted restrictive law on religion and put an end to the arbitrary raids, interrogations, threats, and fines directed against peaceful minority religious groups;

Should the EU ignore the rampant rights violations in and fail to use the negotiations process for a cooperation agreement to secure progress on rights, the External Action Service, the Commission, and member countries will have squandered precious time and a key opportunity to achieve desperately needed reforms, Human Rights Watch said.

“The European Parliament resolution sends a strong message that it intends to scrutinize ’s rights record in the context of these negotiations,” Williamson said. “ should take note that without concrete human rights reforms, it will be holding negotiations hostage.”