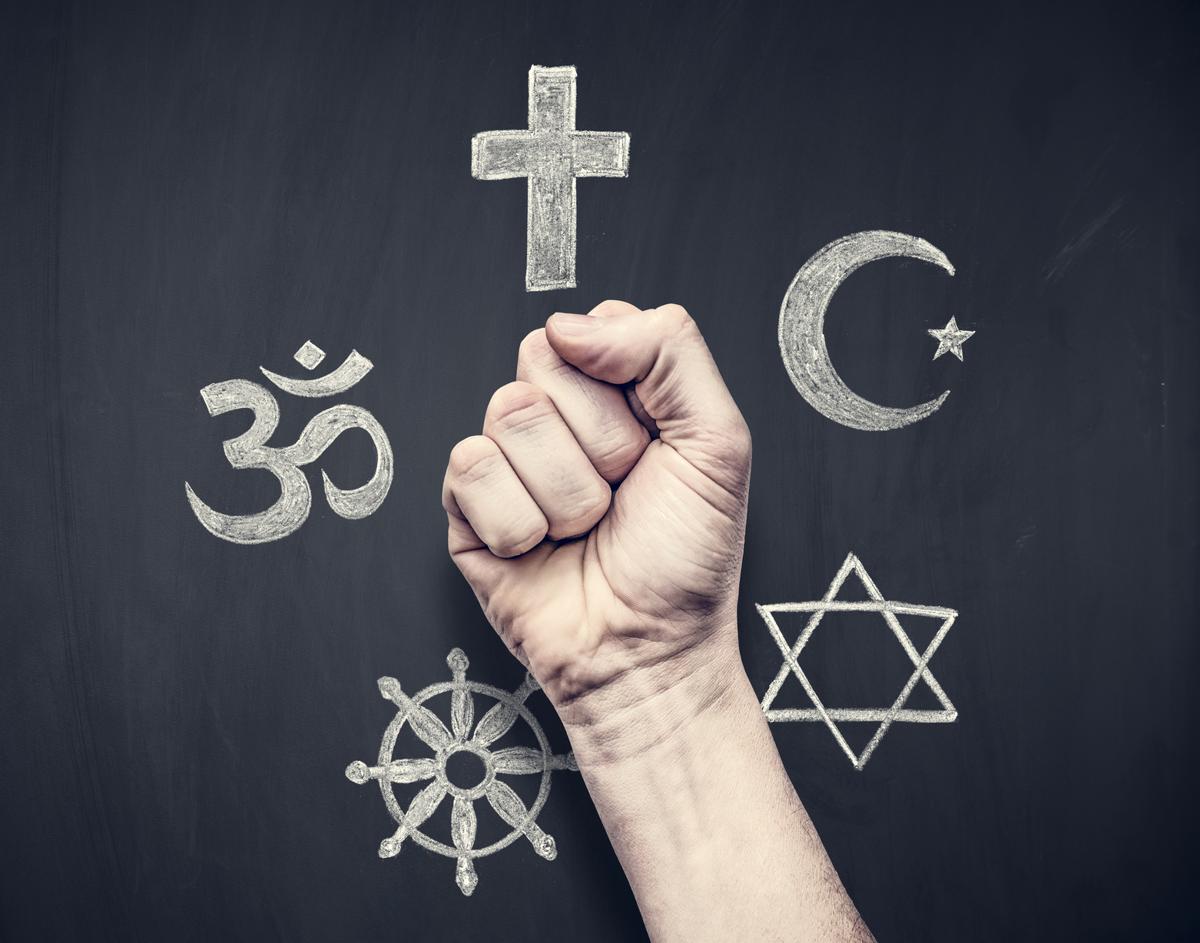 New restrictions for religious communities, numbers of believers subjected to administrative persecutions in 2021, yet another failure (“out of principle”) to comply with the resolution of a UN topical body, backdated penalties for those who had already been sentenced on the “religious” charges—those were the main Kazakhstan-related topics that were covered in 2022 by Forum 18, a Norway-based human rights organization that monitors the observance of the freedom of conscience.

Kazakhstan has already been making it to the “bottom worst” list of countries in terms of religious freedoms, both by Forum 18 and other organisations involved in the protection of freedom of conscience. It looks like Kazakhstan is slated to continue this sad tradition this year as well. The only remedy is that Astana seems to be aware of this sorry state of affairs, but has not been paying attention.

Soon after the clamp-down on the January events in Kazakhstan, Forum 18’s Felix Corly wrote about changes to the Law on Religion that had come into effect “to widen state religious censorship and make holding religious meetings away from state-registered places of worship more difficult.” (see “KAZAKHSTAN: Legal changes increase obstacles for holding religious events”).

From now on, any religious community that does not have its own building or which wishes to conduct a pilgrimage or other event outside of the place of its religious rituals, will be obligated to obtain an advance consent from the state permitting such meeting or event—this number also includes regular prayers.

To put it in differently, those [religious communities] who do not have an established(registered) place of residence, for instance Protestants of Krishnaites, will have no other choice but apply to the authorities for said permit, not less than ten days in advance. In doing so, they will have to specify which fire safety and first-aid measures will be taken, and how many people will be participating in the event in question. In the meantime, the bureaucrats will have a plethora of tools at their disposal to refuse to provide their consent.

Similar to peaceful assembly, such a “system of permits” is camouflaged as one of “notification-must-be-given” type in the case with religious meetings.

To be fair, there are certain benefits along with the punishments.

From now on, certain religious items such as icons, prayer rugs, supports for the Quran, religious images or ornaments, will be allowed to be put up for sale outside of the specially-designated places where religious items and literature used to be sold. Preliminary censorship of religious literature that a registered religious community is planning on printing, will be cancelled. Finally, administrative penalties for violations of certain provisions of the Law on Religion will see as much as a two-fold reduction.

In 2021, the human rights organization registered 130 instances when religious communities were penalized in an administrative procedure following “religious charges” (see “KAZAKHSTAN: 130 administrative prosecutions in 2021”). Among those subjected to administrative liability are 114 individuals (one of them, on two occasions), two charities, two schools and one business, all of whom were fined “for religious services, offering religious literature and religious items (including on the internet), dissemination of information on, or preaching, their faith, placing religious material on the internet, or praying at mosques.” Forum 18 believes that “the true number of such administrative cases is likely to be higher.”

The only remedy here is that the number of administrative cases, it seems, has been on decline.

It is noticed, that in five instances the administrative cases were brought due to the “vigilance” of the police departments involved in anti-terrorism who had discovered such “extremist acts” as sales of icons and religious books on the Internet or at a store, or operating a non-registered prayer room.

Forum 18 also notices that three Muslims from the Dungan minority in Kordai District were among the six individuals who had been subjected to an administrative prosecution in 2021, for teaching their faith without state’s permission.

However, fines and administrative cases represent the “light” version of criminal reality that awaits the believers or those who preach their faith even amongst their own.

Ak-Orda could not care less

In September 2021, the United Nations Working Group on Arbitrary Detention called on Kazakhstan to have the nine Muslims “immediately” freed and compensated for their imprisonment (see the article “KAZAKHSTAN: Six months after UN decision, no releases from sentences, no compensation”).

All eight participants to a religious discussion in a private chat wound up on a court bench when they were charged with “inciting religious discord” while discussing the various aspects of Islamic teachings that seem exotic to us. Five of them, Beket Mynbasov, Samal Adilov, Nazim Abdrakhmanov, Ernar Samatov and Bolatbek Nurgaliev) are still in prison, while the other four have been placed under house arrest. Six months after the court’s verdict, nothing seems to have changed, and “the regime has failed to conduct a “comprehensive and independent investigation” which was called for by the Working Group in September 2021 in order to find out why the men had been subjected to arbitrary detention.” There are no signs of Kazakhstan government, six months after it received the summary, having provided the Working Group with updated information on how it [the government] had been implementing it.

“We have informed the Ministry of Foreign Affairs, the Human Rights Ombudsman, and the General Prosecutor’s Office of this resolution of the Working Group, however it has changed little,” said Yevgeniy Zhovtis, Director of Kazakhstan International Bureau for Human Rights and the Rule of Law (KIBHR). “Kazakhstan has been totally dismissive when it comes to complying with the resolutions and opinions of the United Nations treaty bodies or special procedures.”

It should be noted that the appeal to the Working Group was submitted jointly by KIBHR and the US-based human rights organization Freedom Now.

At the same time, Forum 18 recognizes that aside to those nine individuals who have been jailed in Kazakhstan, dozens of other people of faith are serving their own sentences. Those include Dadash Mazhenov, Dilmuara Makhamatov, Galymzhan Abilkairov, and Abdukhalil Abduzhabbarov. Dadash Mazhenov has been subjected to torture in his colony on multiple occasions, last time in January 2022 when he had his jaw broken. Naturally, none of the criminals in uniforms has been brought to justice.

In 2019, reminds Felix Corly, Dadash Mazhenov had been tortured as well. Back then, when asked by a journalist, a Corrections representative declared that it was Mr. Mazhenov who tortured himself.

Punishment as a bonus to the verdict

Even when the term of a verdict expires, it does not necessarily mean one can have a sigh of relief. What follows is restrictions on any public and religious activity, and an automatic “blacklist” when it comes to financial self-governance. More detail on this is the publication “KAZAKHSTAN: Post-prison “there’s a block everywhere!”

“After a prison sentence has been served, restrictions on certain activities such as, for instance, visiting certain places or religious exchanges, may be inherited post-verdict. For those who have been sentenced for exercising their freedom of conscience or belief such restrictions, which may be phrased in a vague fashion, often include a ban on visiting religious places or a prohibition to share one’s faith with others. The inmates who have been banned from engaging in certain vaguely-undefined “public activities” post-imprisonment are left without any information on what precisely they’re prohibited to do, or are informed on particulars of post-prison life only a couple of days before their release,” the publication says.

Almost everything is prohibited: working in the field of journalism, posting in social media, participating in educational events and conferences. But that is even the worst of it. Being included in the blacklist maintained by the Agency for Financial Monitoring on “extremist” and “terrorist” charges effectively makes it impossible for the former inmates to re-enter the society going forward. The state, as if consciously and deliberately, pushes those people, who often had been sentenced on unjust grounds, out of society and toward committing a repeat crime.

“Individuals remain in the list of the Agency for Financial Monitoring for six or eight years after serving their sentences, because they are still regarded as having a criminal record. The regime has shared this information with other countries, resulting in some of those prisoners having their bank accounts blocked in those countries.

At least some of the people who had been imprisoned for exercising their freedom of religion or belief are facing other restrictions in a broad range of activities. Some of them had their driver’s license revoked and thus deprived of the opportunity to drive a vehicle.

The Labour Code prohibits individuals with a criminal record on the charges of “extremism” to work at educational or social establishments, at entertainment and sports facilities, or cultural facilities as long as young people are exposed. Seems like this is a life-long ban. Others who have served their sentences but still remaining on the list of the Agency for Financial Monitoring had informed Forum 18 previously of their difficulties finding an employment. Potential employers, once they find out they are on such list, refuse to offer them a job.”

Post-prison, people are deprived of the opportunity to avail themselves of any financial and bank services, or to be paid for their work or services legally, to pay fines, taxes, receive allowances, buy airline and railway tickets. As if from a generous heart, the state leaves them with the possibility to get some income officially, provided their monthly income does not exceed a hundred dollars. It is believed this amount should be more than enough for a care-free existence.

Moreover, our regional neighbours, Kyrgyzstan and Tajikistan, have copied the lists and adopted the same practice of placing individuals on such sanction lists—just in case any of those people were able to travel regionally and visit their states.

To summarize, there really seems to be no reason to talk about Kazakhstan’s policy being a humane one, when it comes to those who have been sentenced on valid grounds as well as those who went to prison at the state’s behest.

Equally, there seems to be no reason to expect or indeed hope for any special concessions or conceptual changes in the way authorities treat those who, in their opinion, present a danger to society (to the state itself, first and foremost). Further publications by Forum 18 speak of it expressly. We have reason to believe that after the trials following the “Qantar Events” (Events of January) the lists banning any public and religious activity, as well as the “financial blacklists,” will be significantly expanded.