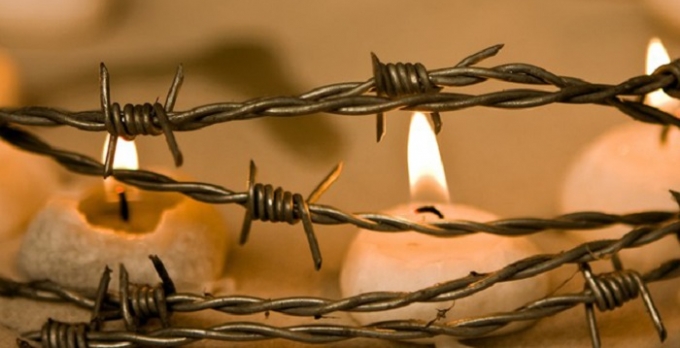 Torture and ill-treatment continue to be widely used in all five Central Asian states. Statistics testify to this: in Kazakhstan the Prosecutor General’s Office reported 98 cases filed under criminal proceedings for the crime of torture from January to August 2018, and the Coalition against Torture registers about 200 cases annually; in Kyrgyzstan the Prosecutor General’s Office received 435 complaints of torture or ill-treatment in 2017; in Tajikistan the NGO Coalition against Torture and Impunity registered 66 new cases of torture and other ill-treatment in 2017 (a significant increase in comparison with previous years). Due to the highly repressive nature of the regimes in Uzbekistan and Turkmenistan and a lack of transparency NGOs are unable to keep meaningful statistics, but activists continue to receive credible reports of torture.

In recent months Central Asian governments have taken some positive steps, but more needs to be done. For instance, the Prosecutor General’s Office of Kazakhstan adopted a Plan of Comprehensive Measures to Counter Torture in early 2017 for the period until December 2018; in Kyrgyzstan as part of ongoing legal reforms, procedures were adopted to improve documentation of torture in line with the Istanbul Protocol; in Tajikistan civil society is included in discussions about a National Human Rights Protection Strategy until 2025; in Turkmenistan the National Plan of Action on Human Rights for 2016-2020 foresees inviting the UN Special Rapporteur on the independence of judges and lawyers, thus potentially providing opportunities to conduct independent investigations into the use of torture and ill-treatment; and in Uzbekistan President Mirziyoyev signed legislation prohibiting the use in court of evidence obtained through torture and strengthening punishments for torture in November 2017 and April 2018 respectively.

However, some of these measures have yet to be implemented in practice and other major challenges remain. The following critical issues need to be addressed urgently to ensure that torture becomes a thing of the past:

In Kazakhstan, like in all Central Asian states, impunity is the norm. According to statistics issued by the Kazakhstani authorities, between January and April 2018, 382 cases involving allegations of torture or other forms of ill-treatment were closed including from previous years, and only 16 reached court. The state fails to ensure the safety of detainees and prisoners who lodge complaints about torture, and victims of torture are warned that they will be held criminally liable for a false denunciation, which discourages many from lodging complaints.

Perpetrators of torture are punished only in exceptional cases.

Valery Chupin died in March 2017 in prison colony AK-159/7 after being punished for verbally insulting a teacher in the prison. He was subjected to torture by six other prisoners at the instigation of a senior official of the prison administration and a member of staff. Witnesses complained of pressure and blackmail from the prison administration in Karaganda, where they were transferred after the investigation began. In August 2018, Shakhtinsk City Court convicted all eight perpetrators of aggravated torture and convicted them to between seven and ten years of imprisonment.

The Kazakhstani authorities should:

Kyrgyzstan has failed to put crucial safeguards against torture in place for those in pre-trial detention. For example, domestic legislation does not provide for a Habeas Corpus procedure. The lack of effective investigatory mechanisms continues to obstruct justice for torture victims. Only a few police officers have been convicted for the crime of torture (Article 305-1) since it was introduced in 2003. Kyrgyzstan has failed to fully implement any of the rulings by the UN Human Rights Committee in relation to victims of torture and other ill-treatment.

On 17 July 2018 co-defendants Azat Omuraliyev, Omurbek Kadyrkulov, Ravil Ziyazetdinov and Bakhtiyar Musuraliyev were transferred to the courthouse for their trial from the Investigation-Isolation Facility No.1 in the capital Bishkek. They allege that on the way police officers of the Alamudunsky District Department of Internal Affairs and two masked special police officers severely beat all of them. Reportedly, when they arrived in court the lawyer requested the prosecutor to have their injuries recorded, but the prosecutor declined saying that “they will be convicted today and even if they cut open their veins, we would not call an ambulance”. The judge did not take any steps either to ascertain the origin of the injuries. Because Azat Omuraliyev was covered in blood the trial was postponed and the defendants were taken to Chui Regional Hospital to treat their injuries. On 24 July the lawyer sent a complaint to the State Committee for National Security calling for a prompt investigation and requested forensic medical and psychiatric examinations. At the time of writing no criminal case had been opened and no forensic examinations conducted.

The Kyrgyzstani authorities should:

In Tajikistan legislation providing for safeguards against torture in pre-trial detention needs to be consistently implemented in practice as the risk of torture and ill-treatment remains particularly high in the early stages of detention. Investigations into allegations of torture and ill-treatment are rarely conducted effectively and there are no mechanisms in place to ensure prompt, thorough, impartial and fully independent investigations. This issue, combined with the fact that penalties under Article 143-1 (“torture”) of the Criminal Code of Tajikistan are not commensurate with the gravity of the crimes committed and perpetrators of torture often benefit from amnesties, serves to further perpetuate the problem of impunity. Compensation awarded for moral damages sustained through torture in recent rulings has been neither fair nor adequate, and domestic legislation does not provide victims with opportunities for rehabilitation, satisfaction or guarantees of non-repetition.

On 28 March 2018, Rasulchon Nazarov was detained by police in relation to suspicions of drug trafficking. Early the next morning, Rasulchon’s wife learned that her husband had been transferred from Sino-2 police station in Dushanbe to Karabolo hospital. The next day the family were informed that Rasulchon had died. Rasulchon’s body was released to the family for burial – photos and video recordings of Rasulchon’s body show clear signs of beating including bruising and grazes on the face; knees, genitals and abdomen, as well as two identical round marks 0.5 cm in size 6cm apart on his right elbow which appear to be marks from a machine used to administer electric shocks. A lawyer from the Coalition against Torture and Impunity in Tajikistan took up the case in April 2018 and lodged complaints with the Dushanbe Prosecutor’s office and the office of the Prosecutor General. The lawyer has faced persistent obstructions from the authorities in the course of her work on this case. She has not been allowed to see procedural documents in the case materials, and has not received timely responses to her requests and complaints.

The Tajikistani authorities should:

In Turkmenistan, concerns persist over the lack of access to prisons and places of detention for independent monitors. Visits by international observers to prisons are tightly controlled by the authorities and, as noted by the US Embassy in Turkmenistan, it is not known whether the demonstrated conditions of detention of prisoners correspond to reality. In 2016, representatives of the diplomatic community applied to visit the prison “Ovadan-Depe”, but were refused permission.

Thirty persons suspected of collaboration with Fettulla Gulen (alleged organizer of an attempted coup in Turkey in 2016) were detained and subjected to torture and other ill-treatment. The group was mostly comprised of former teachers and students of Turkmen-Turkish lycees. Many detainees were sentenced to long prison terms after unfair trials, and at least two were taken to Ovadan-Depe prison. In November 2017, the UN Working Group on Arbitrary Detention recognized that the arrest of 18 of these individuals was arbitrary, and urged the authorities of Turkmenistan to immediately release them and provide compensation.

The Turkmenistani authorities should:

In Uzbekistan, following Presidential criticism of the practice of torture, several government representatives accused of torture have been brought to justice in recent months. However, their trials have been closed to public scrutiny.

For example, several officials were found guilty in closed court hearings of abuse of power, rather than torture, in relation to allegations that they tortured the independent journalist Bobomurod Abdullayev. Although the trial was mostly open to the public, closed sessions were held relating to the actions of officials who were subsequently found guilty of abuse of power (Article 301 of the Criminal Code), rather than torture. The verdict was based on a medical examination that concluded that Bobomurod Abdullayev had not been tortured, although he showed injuries sustained through torture in court. Abdullayev was sentenced to 18 months’ of community labour and a fine.

In a recent positive development, on 22 June 2018, the Military Court of Uzbekistan found seven former law enforcement officials guilty of torturing Ilhom and Rakhim Ibodov in September 2015. Ilhom died in detention. Six of the officials were sentenced to between 14 and 18 years‘ imprisonment after they were found guilty under Articles 235 and 301, part 3. One official was fined 70 million soms (equivalent to 7 600 Euros). In a first for Uzbekistan, four prisoners were also found guilty of torturing the Ibodov brothers on the orders of prison officials, and were sentenced to between 16 and 18 years‘ imprisonment. Concerns remain in this case regarding the transparency and independence of forensic medical examinations as the forensic examination found that Ilhom Ibodov died of a heart attack.

The Uzbekistani authorities should: