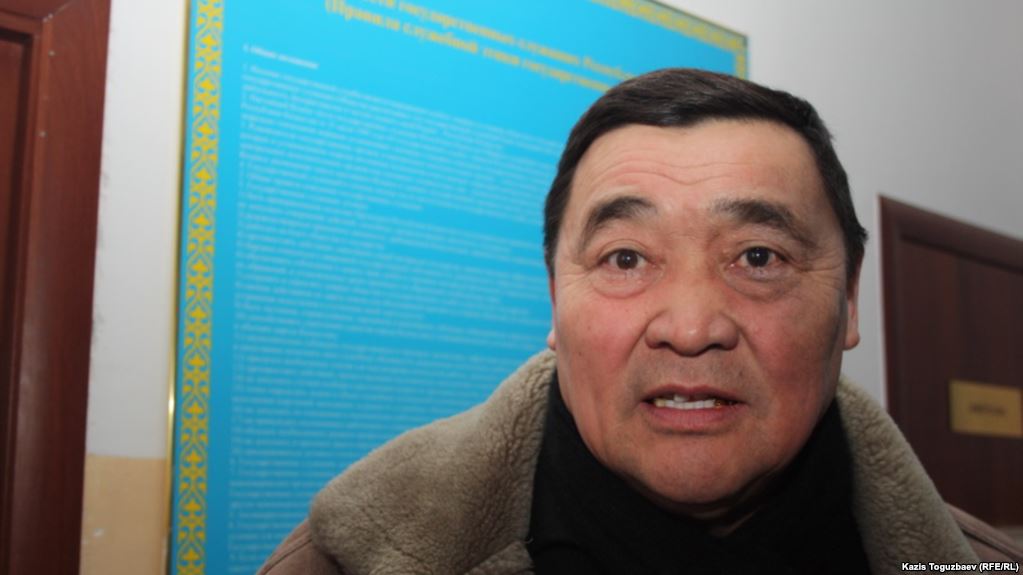 The public committee for the defence of the arrested journalist and public figure Zhanbolat Mamai expresses their extreme concern with respect to an assault on Mr. Ramazan Yesergepov, member of the committee and chairman of Journalists in Trouble Public Foundation.

The assault on Ramazan Yesergepov took place in the early morning of 14 May 2017 on the Almaty-Astana train, a few hours after leaving Almaty. According to Mr. Yesergepov, two unidentified persons who he had no conflict whatsoever attacked him for no apparent reason in the vestibule of the train carriage. A conductor found Mr. Yesergepov, bleeding and weakened after sustaining three knife injuries, and set off the alarm; the victim was then removed from the train at Shu station and taken to a local hospital for an operation; he is currently being treated there.

On Monday, 15 May 2017, Mr. Ramazan Yesergepov was going to meet in Astana with representatives of the European diplomatic missions regarding the case of Zhanbolat Mamai, editor and publisher of the Sayasi Kalam.Tribuna newspaper, who had been arrested on 10 February 2017 on charges of economic crimes, which we consider to be trumped-up and unjust.

Aside from that, Ramazan Yesergepov wanted to touch upon his own tribulations. In 2009, the journalist and editor of the Alma-Ata Info newspaper received a three-year sentence for publishing critical materials about the illegal activities of the heads of the Zhambyl regional administration of the National Security Committee. Ever since his release from prison, he has fought to have his sentence overturned, and for his acquittal. In 2016, Mr. Yesergepov was granted a resolution of the UN Committee on Human Rights, which found that his rights were violated during investigation and trial. In recent times, Ramazan Yesergepov has been trying to have the resolution of the UN Committee enforced by the Kazakhstan authorities. His most-recent suit was filed on 12 May 2017—a day before his planned trip to Astana.

A criminal case has been initiated following the assault on Mr. Yesergepov. Also, a special commission sent down from the Ministry of Internal Affairs paid him a visit at the hospital. We welcome such a move by the authorities, which goes to say that the flagrant assault on a well-known journalist and human rights activist has not been ignored by the central branch of the state’s law enforcement agencies.

However, we are flummoxed and concerned by what the investigators seem to have been trying to picture as nothing more than a domestic conflict at the Almaty railway station, which had led to an assault. According to Mr. Yesergepov’s recollection of the facts, as well as that of his son Tokhnur who was seeing his father off at Almaty-1 train station, he did not have any conflicts with anybody. We are inclined to believe their account of the events, for we know who our colleague is, and we are aware of his life experience and the nature of his trip to Astana; essentially, all this makes it impossible or extremely unlikely that a domestic conflict took place with some random passengers at a train station or on a train carriage. In addition, we have information at our disposal suggesting that the law-enforcement officials had initially prohibited the medics from disclosing information about Mr. Yesergepov’s health. This, as well, is not helping to assuage doubts.

While defending Mr. Mamai, both as a member of our committee and as chairman of Journalists in Trouble Public Foundation, Mr. Yesergepov has been tirelessly trying to secure meetings with law enforcement and prosecution officials to raise the issue of violation of the rights of the arrested journalist, and to ensure his personal safety while in the detention centre. As was said above, Mr. Yesergepov had been raising the same issues with the foreign diplomatic corps accredited in Astana.

While we try not to assume the worst, however considering that the assault on Ramazan Yesergepov, who was attacked not only right before his meeting with the European Union ambassadors but also while he actually was on his way to that meeting, leaves every reason to think that someone had set themselves a goal to disrupt that meeting and intimidate Mr. Yesergepov as its initiator.

We are calling on the authorities to make sure a thorough investigation of this crime is carried out, and perpetrators are found and held responsible.

We are calling on all democratically minded compatriots to express their support for Ramazan Yesergepov and his protectee Zhanbolat Mamai, and to support freedom of speech and press in Kazakhstan.

Public Committee for the Defence of

“Will Kazakhstan become a law-abiding state, or will the witch hunt continue? ”...
Electronic Library on Human Rights
Подпишись на рассылку