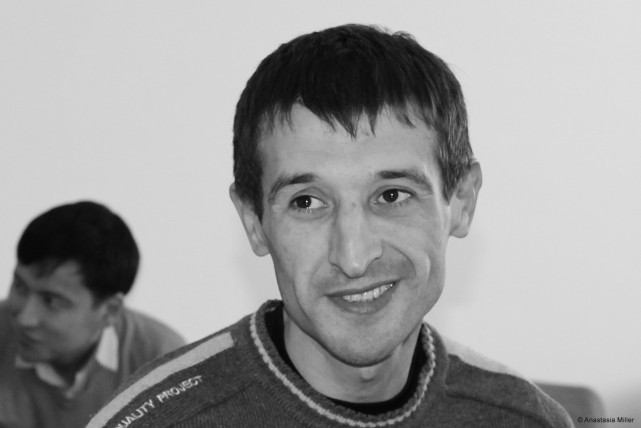 Police officers tortured Rasim Bayramov in 2008. Domestic complaint mechanisms in Kazakhstan proved ineffective, but he did not give up. Thanks to a decision of the United Nations Committee against Torture (CAT), a court in Kazakhstan ruled in December 2014 that he be given compensation for moral damages suffered as a result of torture. Now, the Kostanay branch of the Kazakhstan International Bureau for Human Rights and Rule of Law (KIBHR) is pushing for implementation of the other part of the CAT ruling: that the perpetrators be brought to justice.

Back in 2008, police officers of the city of Rudny in the northern Kostanay region of Kazakhstan detained Rasim Bayramov following witness statements accusing him of having stolen some money and three bottles of beer from a local store. Police held him at the local police station without access to a lawyer and tortured and ill-treated him to extract a confession for two and a half days. Rasim Bayramov later recounted that police officers kicked and beat him all over his body, pushed him off a chair, dragged him along the corridor by his hair, and threatened him with sexual violence if he did not confess. They deprived him of sleep at night and gave him nothing to eat or drink for over two days. When he lost consciousness, police officers poured water on him and continued torturing him. Eventually, they forced him into signing a confession.

Although Rasim Bayramov and his mother repeatedly complained about torture and procedural violations to local police and prosecution authorities, no effective investigation was opened into the allegations. During his trial, Rasim Bayramov told the judge about police torture and retracted his confession, but Rudny City Court ignored the allegations and sentenced Rasim to five years’ imprisonment based on evidence including the forced confession. Rasim Bayramov served his sentence until May 2011, when he was released early for health reasons.

When all domestic complaint mechanisms regarding the torture allegations were exhausted, Rasim Bayramov turned to the CAT in May 2011 with the support of the Kostanay branch of KIBHR and the Open Society Justice Initiative. This was possible as in February 2008, Kazakhstan had made the necessary declaration under Article 22 of the Convention against Torture enabling individuals to submit complaints to the CAT when all domestic complaints mechanisms applying to violations of rights under the Convention have been exhausted.

The CAT examined Rasim Bayramov’s case and in May 2014 it ruled that his treatment at the hands of police amounted to torture. “Using the CAT’s individual complaint procedure can take a long time, but its rulings are a powerful tool to achieve justice in individual cases and to urge the authorities for improvements in law and practice“, said Anne Sunder-Plassmann of the Brussels-based International Partnership for Human Rights.

Equipped with the CAT decision, KIBHR started pushing for implementation in Kazakhstan. KIBHR hired a lawyer specialized in civil law and they jointly devised a strategy for Rasim Bayramov to get compensation for moral damages. KIBHR also collaborated with a psychologist who prepared a statement for the court based on the standards of the Istanbul Protocol. The psychologist also testified in court and was present at all court hearings to give moral support to Rasim Bayramov. The KIBHR issued press releases, invited journalists to all court hearings and gave many interviews that resulted in wide media coverage.

In December 2014, Kostanay City Court ordered the police authorities in Kostanay region to pay compensation to Rasim Bayramov. This ruling was a great victory. “For the first time in all those years that I have known Rasim Bayramov I saw this young and brave man cry. He couldn’t believe that at last justice had prevailed”, Anastasia Miller remembers. Although the court granted a comparatively low amount – 100,000 Tenge (approx. 470 EUR) – the ruling is an important milestone toward providing remedies to torture victims in Kazakhstan. The police authorities lodged a complaint against the ruling, but Kostanay Regional Court upheld it in February 2015. An appeal by the police before the court of cassation was also unsuccessful.

The CAT not only found that Rasim Bayramov’s treatment amounted to torture and that he was entitled to reparation, but it also urged Kazakhstan to “conduct a proper, impartial and independent investigation in order to bring to justice those responsible for the complainant’s treatment […] and to prevent similar violations in the future.” Local, regional and international human rights groups have advocated alongside KIBHR for justice and the full implementation of the CAT’s decision. Among them are member organizations of the Civic Solidarity Platform, the International Federation for Human Rights (FIDH), the World Organisation Against Torture (OMCT) and the coalitions against torture in Kazakhstan, Kyrgyzstan and Tajikistan. (See, for example, a joint press release issued at the end of January 2015:http://www.iphronline.org/kazakhstan-justice-must-prevail-for-torture-victim-20150128.html).

The CAT decision on Rasim Bayramov’s case as well as a previous decision on the case of Alexander Gerasimov also help human rights groups in their struggle for justice for other torture victims. For example, the CAT stated in both cases that police investigations into torture allegations amounted to a violation of Article 12 of the Convention as such investigations do not fulfil the criterion of impartiality. Thus, torture victims in Kazakhstan can now refer to this CAT decision and highlight that the investigation must be conducted truly impartially, and without involvement of police investigators.