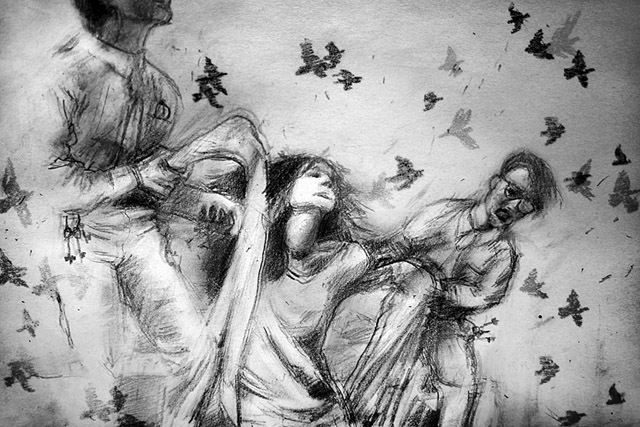 An elderly female kindergarten educator was announced “socially dangerous” late last week in Jezkazgan, a town in Central Kazakhstan. Natalia Ulasik’s crime? Blogging and using Facebook where she did not express loyalty to the powers-that-be. The first circuit judge removed criminal liability and ruled to have Natalia placed in the psychiatric clinic in the village of Aktas. (Especially dangerous criminal diagnosed as insane are confined in the clinic in question.)

The court based its ruling on the findings of a commission, which found Natalia psychologically ill and was not aware of her actions when she was committing the “crime” of slandering her former husband. However, no-one saw said findings because the judge simply failed to provide a copy to her relatives and defence team.

“We do not have access to the text [of the report],” Yevgeniy Jovtis, a well-known human rights advocate in Kazakhstan. “The hearing was held without [the defendant’s] lawyers; even the defendant’s daughter was not allowed to look at the findings. We have no information as to what grounds the court used to issued the verdict on forced treatment. Does the psychiatrists’ final conclusion clearly indicate that Ms. Ulasik is dangerous for people around or herself? I have all the reasons to believe that we are dealing with indications of punitive psychiatry.”

Ms. Ulasik is known as the author of entries with criticism posted on social media. Her articles may potentially have created “inconveniences” for local authorities, Bureau.kz maintains; so they decoded to exact vengeance by having locked up in a psychiatric clinic if not in a prison.

Ms. Ulasik will now be subjected to “treatment” at the National Psychiatric Hospital under intensive observation in the village of Aktas, Almaty Region, in the country’s south. Back in the Soviet times, a special psychiatric hospital run by the Ministry of Interior of the USSR was located here. The facility in question retained those functions under the leadership of sovereign Kazakhstan.

This is the facility where Zinaida Mukhortova, a lawyer from the small town of Balkhash in Karaganda Region, spent nine months several years ago. She is now facing another threat of being forcibly placed there; she left the town and is now essentially in hiding. That said, an independent commission has established she is completely healthy and the Supreme Court cancelled the lower level courts’ rulings, which have placed the woman in forced treatment in the first place.

Thus, punitive psychiatry in Kazakhstan could perhaps be considered an exemplary case.

You are unhappy with an MP? To the nuthouse!

In July 2009, Ms. Mukhortova and three other women addressed President [Nursultan] Nazarbayev and the Public Commission for Combating Corruption under the presidential party of Nur Otan, complaining about the actions of Yerlan Nigmatullin, who is a member of the parliament and the brother of Karaganda Regional Governor.

Ironically, a criminal investigation was launched against the complainants themselves—all of them were conditionally convicted and Ms. Mukhortova was found psychologically ill with the delusional disorder diagnosis.

After five months of unsanctioned arrest in a pre-trial detention facility, she was moved to that very special clinic in Aktas, where extremely dangerous criminals are held. Another nine months of nightmare in the most feared psychiatric hospital in Kazakhstan came to an end on September 22, 2011 after a special commission concluded that Ms. Mukhortova’s psychological condition does not warrant any concerns. Based on this document’s contents, she was able to undergo “treatment” administered by a psychiatrist near her place of residence. Another curious aspect in the case is that the doctors at a local psychiatric clinic refused to register her as a patient. Why? Due to “lack of a diagnosis!” And independent experts’ group also confirmed that the lawyer’s psychological condition causes no concerns whatsoever.

Ms. Mukhortova has been deregistered as a patient back in July 2012, and she has not undergone any examinations since then. However, no-one wants to provide her with documented confirmation either. Just in case this might come in handy if someone wants to exercise their right for lawlessness and arbitrariness?..

P.S. As of this writing, Sanat Bukenov, a Balkhash-based lawyer, is undergoing a psychological and psychiatric examination in Almaty. Mr. Bukenov is charged with false information regarding a local prosecutor.