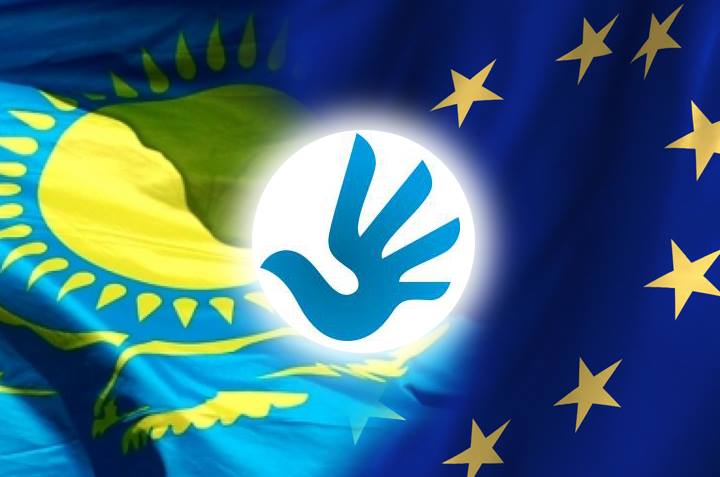 Brussels/Almaty, 23 November 2016. Today the EU will hold the eighth round of its annual Human Rights Dialogue with Kazakhstan in Brussels. This meeting comes at a time when the EU has begun establishing closer political and economic relations with the Central Asian country under an Enhanced Partnership and Cooperation Agreement. Brussels-based International Partnership for Human Rights (IPHR), the World Organization against Torture (OMCT) and the Polish Helsinki Foundation for Human Rights (HFHR) together with Kazakhstan International Bureau for Human Rights and Rule of Law (KIBHR) have urged the EU to use this dialogue to insist on concrete measures by Kazakhstan’s government to deal with pressing human rights concerns.

Ahead of today’s meeting, the four NGOs have briefed the EU on key issues and cases of concern in Kazakhstan, which it would be important to raise with the Kazakhstani authorities.

“As part of a wider trend seen in the former Soviet Union, the climate for free speech is currently alarming in Kazakhstan,” said Brigitte Dufour, IPHR Director. “The European Parliament decried the situation in a resolution adopted in March 2016, and this issue should be addressed as a priority in the EU’s relations with Kazakhstan,” she continued.

There are only few media outlets left in Kazakhstan that are openly critical of the government, and several of them have recently faced debilitating defamation lawsuits. News and other sites that report unfavourably on government policies are blocked. Recently a growing number of criminal cases have also been initiated against journalists, bloggers and civil society activists.

Among these cases is that of civil society activists Maks Bokayev and Talgat Ayan, who are currently on trial over their role in peaceful land reform protests that took place in Kazakhstan this spring. At a trial that has been deemed “political” in nature even by the judge, prosecutors are now seeking eight-year prison terms for the two activists on charges of “violating the procedure for holding protests”, as well as “disseminating information known to be false” and “inciting social discord”. Charges brought under the latter two broadly worded criminal code provisions, which have been criticized by international human rights bodies, are often used against outspoken individuals. Editor Guzyal Baydalinova, civil society activists Ermek Narymbaev and Bolatbek Blyalov and political activist Serikzhan Mambetalin have all been convicted on such charges this year.

“The EU should call on the Kazakhstani authorities to stop using criminal prosecution as a tool for suppressing the legitimate exercise of freedom of expression, freedom of association and assembly and other fundamental rights in violation of international standards,” said Gerald Staberock, OMCT Secretary General.

Widespread violations of the right to freedom of assembly were documented in connection with the peaceful protests on land reforms and broader issues held in Kazakhstan in April-May 2016. Hundreds of people were detained and dozens, including well-known civil society activists, human rights defenders and social media users were fined or locked up for up to 15 days. In addition to Maks Bokayev and Talgat Ayan, also other activists have been charged with criminal offenses in relation to these protests. Human rights defender Makhambet Abzhan, who was active on social media about the protests, has been convicted of allegedly resisting police and sentenced to two years’ of court-imposed restrictions on his freedom of movement.

New legislation adopted in Kazakhstan last year imposes excessive and unjustified reporting requirements on NGOs. Recent Tax Code amendments require organizations and individuals receiving foreign funds for certain types of public activities to notify tax authorities about the receipt of funds and provides for the creation of a public database featuring such information, which may result in stigmatization and discrimination of those concerned. Several NGOs have been targeted by intrusive tax inspections.

A total of 115 new cases of torture and ill-treatment registered by the NGO Coalition against Torture in Kazakhstan in the first nine months of 2016 are believed to be only the tip of the iceberg. Investigations into allegations of torture and ill-treatment remain ineffective, in spite of positive legislative changes on reporting and investigating crimes, and impunity is still the norm. At the heart of the problem lies the authorities’ reluctance to expose the law enforcement system to public criticism.

“In order to effectively address the problem of impunity, it is crucial that the Kazakhstani authorities are consistently urged to establish an accountable, impartial and transparent mechanism to oversee all investigation into allegations of torture and ill-treatment,” said Roza Akylbekova, KIBHR Director and Coordinator of Kazakhstan’s NGO Coalition against Torture.

UN human rights treaty bodies have issued important decisions on complaints submitted by victims of torture and other human rights violations in Kazakhstan. However, the Kazakhstani authorities have failed to comply with most of these decisions. They have taken steps to fully or partially implement the recommendations made in only three out of a total of 12 cases where the Committee against Torture and the Human Rights Committee have found violations of the right not to be subjected to torture and ill-treatment.

“The EU should stress the importance of promptly and fully implementing the decisions of UN treaty bodies on individual cases, including by bringing the perpetrators of torture and other human rights violations to justice and ensuring that victims are awarded adequate compensation,“ said Lenur Kerymov, HFHR Director of International Programs.

The case of torture victim Rasim Bayramov, who tragically died this year of complications resulting from an illness, is only one of those where the Kazakhstani authorities have yet to ensure justice in accordance with a UN decision. He was awarded compensation for moral harm, but it amounted to less than 300 EUR and the police officers who tortured him have not been held accountable.

More detailed information about current pressing human rights issues and cases in Kazakhstan can be found in the following documents prepared for the EU-Kazakhstan Human Rights Dialogue:

Briefing paper on the protection of fundamental rights in Kazakhstan, prepared by KIBHR and IPHR