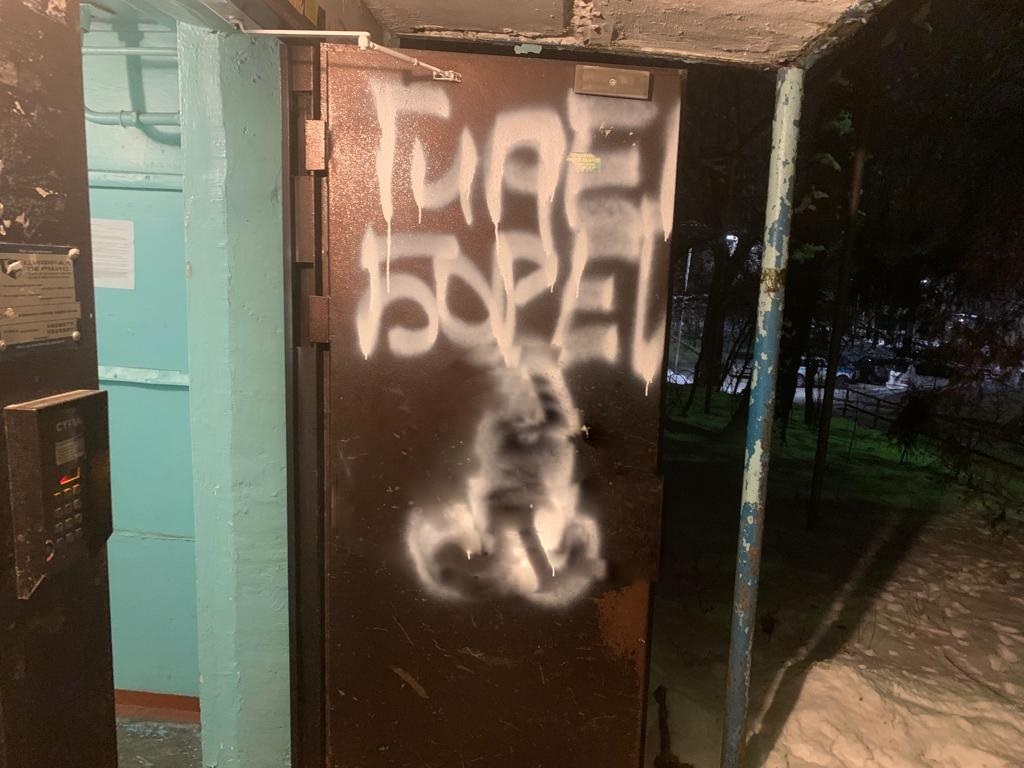 Continuing a string of attacks that began last fall, the heads of two independent media outlets were subject to acts of psychological and “technological” terror in one day.

Vadim Boreiko, the owner of the YouTube Channel “Hyberborey” wrote that around 3 a.m. on January 19th his neighbors noticed unidentified men sealing his door with adhesive construction foam which smelled flammable. He called the police, who responded promptly. The door of Boreiko’s buiding was also defaced with an offensive drawing.

Earlier in the day, Boreiko found over 70 similar threats, from various accounts, in the comments of his YouTube channel. The threats were directed towards Samal Ibrayeva, editor–in–chief of the independent online publication Ulysmedia.kz. Ulysmedia.kz has been hacked the day before, with the personal information and documents of Samal Ibrayeva and his family posted on the site.

A week ago in Almaty the car of journalist Dinara Yegheubayeva (owner of the YouTube channel “DINARON”) was set on fire and rocks were sent to the editors of “ElMedia”.

All these publications share a critical attitude to the current government, and ElMedia was a constant target during Nazarbayev’s Presidency. What is happening with the few independent Kazakhstani new outlets casts a dark shadow on Tokayev’s government. Either these attacks are beneficial to someone in power, or Tokayev is unaware of what is happening – which would paint him in a very unpresidential manner.