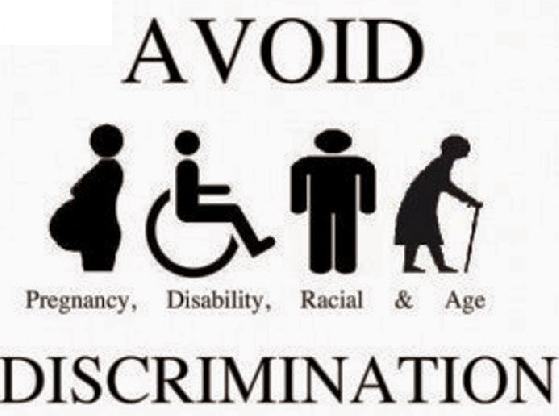 About the success of the project against
the vacancy announcements comprising
the discriminatory motives in the campaign against labor discrimination, said the
activists of the public association “Civil Defense”. In this state agencies have received their fair “three-plus.”

Today, during a press conference the social activists have summed up the annual monitoring of the Almaty press, where
the ads on employment are placed. And if in the beginning of the year those
were over than thousand, then at the end of the year the
expense was lower.

From 18 January to 20 December, it was considered 41,722 public
service announcements for open vacancies. And 2489 ads of them violate the law of RK in terms
of discriminatory requirements for
candidates for open positions, stated
in a press release.

– Conditionally the monitoring is possible to divide until June and after June – said Dmitry
Tikhonov and explained:

– In June, after our application to the City and the Attorney
General’s Office about the availability of such discriminatory advertisements in the media,
the prosecution responded: some sites
that violate the labor laws
of RK were blocked. After that, the
number of such dramatic media ads decreased.

So, if in first six months the activists
have counted up to 10% of ads with violations of
the total weight, after the prosecutor’s response
the figure had fallen to 1.3%.

The basic infringements in such ads
related to the age limit for employment. The second item was sex.

“It
is not surprising, in spite of our patriarchal
society, the employer wants to see more girls than guys,”
– said D.Tikhonov. Another point of discrimination
– Lookism,
that is by appearance – but this is mainly concerns women: many
people want to see in their offices only pretty and slender women, even in
the department of phone applications
and among the medical
staff of colony.

And for the whole period was found just three ads relating
to the admission of a certain nationality.

– As for evaluation of government
agencies, you can give them the hard,
good three- plus – added the previous speaker
other activist of the association
Andrey Ushakov.

– When the campaign was conducted, a disease of our state agencies that they do not want to work in the
field was revealed – he said.

As he said, the Department of the State Inspectorate of Labor and Migration has
been notified about the problem, but
in response has received the usual replies. At the same time in Russia, where a similar campaign was carried out, the authorities react quickly. “Our system works in a different way,” – says A.Ushakov. He explains how the
system works: after receiving the first unsubscribe had to write to the Ministry of Labor, those have already – to
General Prosecutor, where the order came to the prosecutor’s office
in Almaty – “React!”
While will not a
kick from the highest levels –
nothing will change.

Despite the success of discrimination in the job posting, discrimination in everyday life continues – say the press conference participants. Now, due to the excitement around the need to live only at the place of registration,
you can wait for the new ads. Although, it was noted: in
the country are clearly felt the
crisis: the ads with vacancies become less, and similar publications become less too. The
employer now seeks to obtain
“the universal Soldier” with skills directly in various fields, and the presence of his residence – minor matters.

Due to the fact that the task of minimum
–the discrimination in recruitment (at least in the visual part of it) is resolved, “Civil Defense” would consider how
to respond to the dismissal for the same reasons. As already mentioned a
new wave of economic crisis, comes
to the country and many people may lose
their places of employment.
And the reason is not only the weak professional skills.