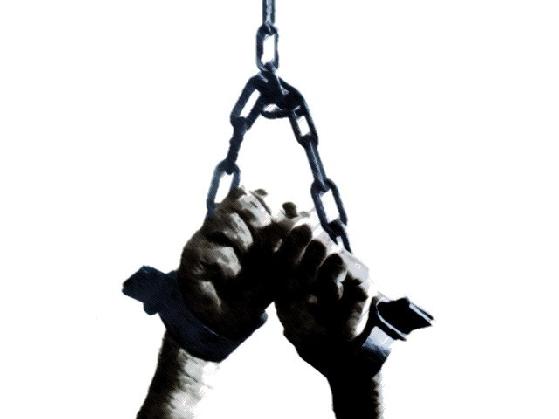 In the last few years the authorities
of Kazakhstan, Kyrgyzstan and Tajikistan have taken some noteworthy positive
steps to combat torture. For example, in 2012, Tajikistan amended the definition of torture in its Criminal Code
and brought it in line with the definition contained in the Convention against
Torture. In 2008, Kyrgyzstan and Kazakhstan were the first Central Asian
countries that became parties to the Optional Protocol to the Convention against Torture. We are urging the other Central Asian countries to follow suite.

In the new Criminal Code that was
signed by President Nursultan Nazarbaev in July 2014, and is expected to come
into force in January 2015, Kazakhstan
took a positive step by abolishing the statute of limitations applicable to the offence of torture. The new
Criminal Code also excludes those convicted of “torture“
from benefitting from amnesties. In Kyrgyzstan and
Tajikistan, however, the law
provides for statutes of limitations applicable to torture and this may prevent
the investigation, prosecution and punishment of
perpetrators of torture. In addition, amnesty laws can be applied to torturers.

However, despite some steps in the
right direction, all three countries have failed to fully adhere to the OSCE
Human Dimension Commitments relating to the eradication of torture that they undertook
to uphold as OSCE participating States. They have also failed to fully
implement crucial recommendations issued in this area by UN human rights bodies
such as the UN Committee against Torture, the UN Human Rights Committee, under
the Universal Periodic Review, as well as by the UN Special Rapporteur on torture.

Torture continues to be widely used
across Kazakhstan, Kyrgyzstan and Tajikistan and existing legal
safeguards are routinely not implemented. In all three countries torture mainly
takes place during the first hours of detention when detainees are in many
cases held incommunicado, without access to legal counsel and medical
personnel, although torture cases are also reported from later stages of
detention and imprisonment. Those detained or imprisoned on charges related to national
security or “religious extremism” are at particular risk of torture or other
ill-treatment.

A recent example of police violence is
the case of Alexander Albrandt, who
was detained by police in the town of Kushmurun in Kostanay region in Northern Kazakhstan on 23 August 2014. When he
was later released he turned to the Kostanay regional branch of the NGO Kazakhstan
International Bureau for Human Rights and Rule of Law and reported that police had
taken him to the local police station and beaten him while he was handcuffed. Then
police took him to the local hospital to have his level of alcohol intake
determined and he reportedly told medical staff about the beatings. The officers
reportedly said he was lying and had sustained the injuries when falling off a
scooter. He maintained that police later threatened to kill him for complaining
about the beatings. Alexander Albrandt tried to escape, but police stopped him
and he recalled: “They dragged me on the floor, skinned my elbows, kicked me in
the face, in my belly, chest and on my back. They kicked me as hard as they
could. I don’t know how long it lasted because I lost consciousness.”

Judges rarely
consider evidence of torture and other ill-treatment at remand hearings and during trials judges still
typically fail to exclude evidence extracted under torture. Although
perpetrators of torture or other ill-treatment have been punished in individual
cases, a climate of impunity persists and victims usually do not have access to
adequate redress. All three countries lack an independent and
effective mechanism for receiving complaints and conducting impartial and full
investigations into allegations of torture.

An example of
impunity for torture is the case of Ismonboy
Boboev, who died shortly after being taken into police custody in the Sughd
region of Tajikistan in February
2010. There were allegations that police had targeted the 30-year old migrant worker
shortly after his return from the Russian Federation to extort money from him. Despite
a forensic examination confirming that Ismonboy Boboev had been tortured prior
to his death, and a May 2012 ruling by Tajikistan’s Constitutional Court that
investigations should be carried out into the circumstances, investigations
into the actions of two officers of the Sughd Regional Department for the Fight
against Organized Crime have been closed and re-opened several times,
ostensibly due to the poor health of one of the suspects. In April 2014, Sughd
Regional Prosecutor’s office suspended the case again. The lawyer acting for
Ismonboy Boboev’s family has not been allowed access to the investigation
documents. As a result, after four years little progress has been made and the
officers allegedly responsible are still free.

In June
2010, four days of violence between
ethnic Kyrgyz and ethnic Uzbeks in the cities
of Osh and Jalal-Abad in southern Kyrgyzstan left hundreds dead, thousands injured and hundreds of
thousands forced to flee their homes. There were scores of reports of torture
and other ill-treatment by security forces during the violence and its
aftermath. However, to date the authorities appear to have done little to carry
out effective investigations into these allegations and to bring the suspected
perpetrators from among civilians as well as security forces to justice.
Relatives of ethnic Uzbek detainees are still reluctant to submit complaints to
police and prosecutors about their torture and other ill-treatment for fear of
reprisals.

For many within the criminal justice
systems of Kazakhstan, Kyrgyzstan
and Tajikistan the incentives to
torture are greater than the disincentives. For example, while the risk
of punishment for abuse is very small, torture or other ill-treatment open up
avenues for additional income as law enforcement officers and prison personnel frequently
apply torture to extract money from detainees and prisoners. In addition, law
enforcement officers continue to be assessed – albeit unofficially – by the
number of crimes they solve, a system that exacerbates
the risk that police resort to torture to obtain a confession to a hitherto
unsolved crime.

Human
rights defenders and lawyers defending torture victims are at risk of reprisals,
particularly when the detainees are held on charges involving “religious
extremism“, terrorism or undermining national security. In many cases activists
are closely monitored by the authorities; they are subjected to excessive
checks and in some cases NGOs have been threatened with liquidation of their
organizations as a result of their human rights work.

We are also concerned that in the name
of national security, security services of countries in the Commonwealth of
Independent States (CIS), particularly of Kazakhstan,
Russia and Ukraine, have
forcibly returned numerous suspected members of banned Islamic groups or
parties to Tajikistan and Uzbekistan. Many of these people were
subjected to torture upon return. Under international human rights law, in
particular the Convention against Torture, states are prohibited from sending
anybody against their will to another country where there is a real risk that
they will be subjected to torture or other ill-treatment.

The UN Special
Rapporteur on Torture has stated that regular inspection of places of detention
is one of the most effective preventive measures against torture. In 2008, Kazakhstan ratified the Optional
Protocol to the Convention against Torture and in 2013 it adopted the necessary
legislation to set up a National Preventive Mechanism (NPM). In January 2014, a Coordination Council
was established under the chairmanship of the Ombudsman to coordinate the
activities of all NPM members and on 19 February, at its first session, the
Council elected all members of the NPM to work in all regions across the
country. Subsequently, the Ombudsman’s Office and
civil society activists started to jointly monitor detention facilities across Kazakhstan.
While acknowledging
that the creation of the NPM has been a positive development, we are concerned
that the current monitoring mandate does not cover all places of deprivation of
liberty. The monitoring group has no access to orphanages, nursing homes for
the elderly and disabled and is not permitted to inspect offices of police
departments.

In Kyrgyzstan,
since 2011 human rights defenders have been able to monitor detention
facilities based on a joint memorandum of the Ombudsman, the Prosecutor
General’s Office, other government agencies, the OSCE, and civil society groups.
In 2008, Kyrgyzstan acceded to the Optional Protocol to the
Convention against Torture and committed itself to set up an NPM to strengthen
the state party’s safeguards against torture. In June 2012, the Kyrgyzstani Parliament
set up the National Centre of the Kyrgyz Republic for the Prevention of Torture
and endowed it with powers to carry out the functions of the NPM. On 2 August
2013, a Director was appointed to set up the institutional framework of the new
mechanism. Although the NPM has started functioning, it lacks funding; no funds
were allocated to it in 2013 and 2014. The Director does not receive a salary
and the NPM  does not yet have a legal
address as it was not provided with an office.

In December
2012, the Tajikistani Ombudsman
proposed establishing a joint working group together with civil society
activists on monitoring places of detention. The Monitoring Group was intended to
become a basis for the establishment of an NPM under the Optional Protocol in
the future. The group began visits to detention facilities in February 2014. However, the Monitoring Group has to
announce its visits in advance and when the group receives allegations of
torture in a specific case and wants to
visit, the administration of the detention facility typically only
admits staff of the Ombudsman’s Office and denies access to the civil society
members of the Monitoring Group. Other than in the framework of the Monitoring
Group, human rights defenders are not permitted to enter detention facilities
at all in order to conduct independent monitoring.

We have prioritized a number of
recommendations that we see as the most pressing steps that the authorities of Kazakhstan, Kyrgyzstan and Tajikistan and all other OSCE participating States
should take in order to make significant progress towards the eradication of
torture in these Central Asian countries.

The governments of Kazakhstan,
Kyrgyzstan and Tajikistan should: