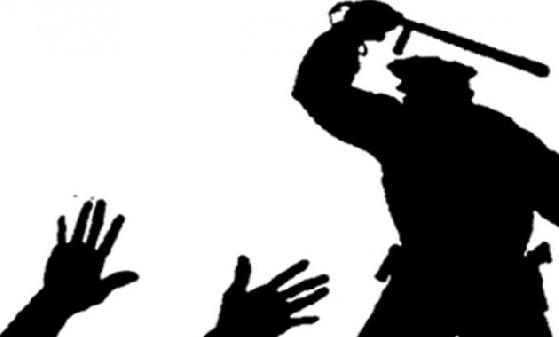 The Kazakhstan International Bureau for Human
Rights and Rule of Law together with torture victim have filed a lawsuit
against the Kostanai Oblast Internal Affairs Department to implement Resolution
by the UN Committee against Torture issued in relation to Kazakhstan in May
2014.

On July 17, 2008, Mr.Rasim Bairamov, resident of Kostanai oblast Rudny
village was apprehended by two unknown men dressed in civil suit and taken into
a car.  Mr. Bairamov resisted, but stopped
when he saw a shotgun in one of the attackers.
Rasim was taken to the Criminal Department of the Ministry of Internal
Affairs of Rudny City (CDIA) where he was accused of robbing a shop.  Mr.Bairamov denied crimination and two
policemen started beating Rasim up.  He
remembers them saying: “You are never leaving this place, you‘d better
confess”.

Bairamov was detained in the CDIA
rooms for 2,5 days, without registration, without access to a lawyer and
without medical help being offered.  During
interrogations policemen tortured him to force him to confess.  Interrogations lasted day and night, Rasim
was not allowed to sleep at night, he was deprived of food and water that made
him lose conscience, but torturers would pour water on him to keep him awake.  He heard cries of his acquaintance, suspected
of accomplice, who was beaten by policemen in the room next door.  At some point one of the policemen ran into
the room where Rasim was detained, kicked him and told his that his
acquaintance has confessed and added: “Come on, confess too”.  Having failed to force Rasim to confess, the
policemen continued torture: they hit him with a thick folder on his head, grabbed
him by his hair and dragged him along the corridors, hit him on his kidneys and
threatened with sexual violence.  On
October 21, 2008 the court has convicted R.Bairamov and sentenced him for 5
years of imprisonment with confiscation of property.  Assessing the torture allegations, the court
has indicated that: “arguments of the convicted … about their innocence and
that given testimonies were elicited under physical pressure by CDIA officers,
have not been confirmed during the trial…”.
Torture complaint has never been duly investigated and no one was
punished for committing torture.

In May 2011, the applicant,
through the Kostanai Branch of KIBHR&RL has submitted a complaint to the UN
Committee against Torture, which in 2014, following lengthy communications with
the state, has delivered a resolution that: “submitted facts prove violation of
article 1, combined with para 1, article 2; and articles 12; 13;14 and 15 of
the Convention Against Torture”, so the Committee has determined that:

For additional information, please refer to: