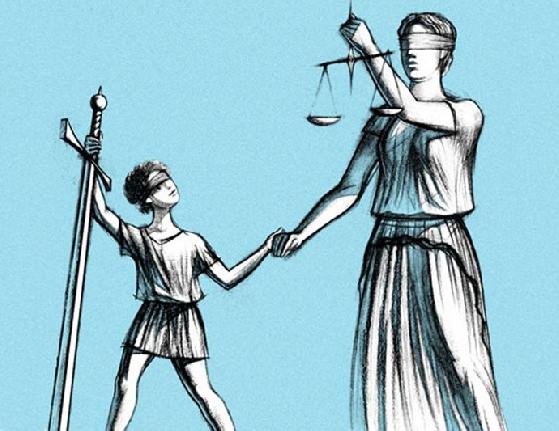 In Oskemen on May 15, 2014 the monitor attended a trial over V.G.Popov accused of
illegal storage of weapons.  The accused
had previous convictions, was released in 2013 upon completion of the
sentence.  Relatives of the accused,
conscious of possible discrimination have contacted the office of the
KIBHR&RL.  The monitor has not registered
any violations in the course of the trial.
The trial has started on time, and was carried out in line with the
Criminal Procedure Code provisions.  The
awarded punishment was within the limits of sanctions of the Criminal Code’s
article, based on ample evidence provided to court.

In Kostanai,
monitoring covered 4 cases.  One case was
about torture committed by policemen, who filed an appeal with the Kostanai
Oblast Court that convened on June 24. The monitor did not register any
violations of the Criminal Procedure Code.
The ruling of the first instance court by which the policemen were found
guilty of torture and sentenced to 2,6 years of imprisonment was upheld and
left unchanged.

The next case was
on interfering with the witness – as
reported by defense party.

According to
the laws of the Republic of Kazakhstan a ruling on an administrative case sanctioning
an arrest must be enforced immediately after proclamation of the judgment and
arrested person has to be taken under custody and delivered to specialized
reception for administrative detention despite the fact that such ruling is yet
to come into force and that it can be challenged within 10 days of its
proclamation.  Often such procedure is
highly ineffective and at the same time a person under administrative arrest does
not have an opportunity to file a motion to appeal such judgment simply due to
absence of pen and paper.  Often, once
the ruling on administrative arrest is enforced filing of any kind of motion
becomes meaningless.  To this end, as it
has already been stated on numerous occasions, it is necessary to introduce changes to the national legislation to
avoid that person is imprisoned before the administrative arrest judgment comes
into effect.