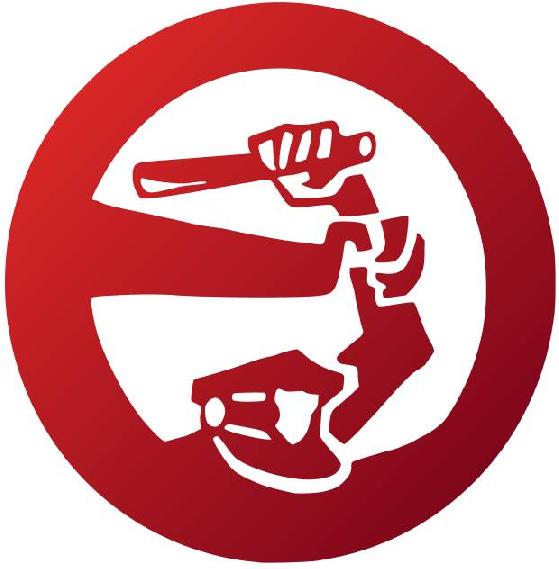 On 26 June 2014, the International Day in Support of
Victims of Torture, a coalition of human rights organizations is urging the five
Central Asian governments to publicly
and unequivocally condemn torture and to demonstrate their commitment with follow up actions.

In December 1997, the United Nations
(UN) General Assembly proclaimed 26 June the International Day in Support of
Victims of Torture, a day to speak out against the crime of torture, and to
honour and support victims and survivors around the world.

According to the UN Convention against
Torture and Other Cruel, Inhuman or Degrading Treatment or Punishment (Convention
against Torture) that entered into force exactly 27 years ago, on 26 June 1987,
torture is absolutely prohibited under international law and cannot be
justified under any circumstances.

All Central Asian states are parties to
the Convention against Torture and have thus committed themselves to protect
anybody under their jurisdiction from the crime of torture. They have also taken further positive steps,
for example by introducing legal amendments aimed at strengthening safeguards
against torture. However, torture continues to
plague the Central Asian societies. It is
widely used across the region and impunity for torture is widespread. Human
rights defenders record hundreds of cases involving torture or other
ill-treatment across the region every year.

In all Central
Asian countries torture and ill-treatment mainly take place during the first
hours of detention when detainees are often held incommunicado, without access
to legal counsel and medical personnel. But people held in detention centres
and prisons also report torture and other ill-treatment at later stages.

For example, in October 2013, police of
Uzunkolsky District in Kostanay Region in the North of Kazakhstan suspected Ruslan Baymagambetov of having stolen
120.000 Tenge (approx. 480 EUR) and a case of beer. According to the Kostanay
branch of the Kazakhstan International Bureau for Human Rights and Rule of Law,
whose lawyer represented Ruslan Baymagambetov in court, three police officers
beat him severely in his face and chest in order to extract a confession. They
twisted his arm behind his back and forced him to bend down. They made him
undress, threatened to rape him with a rubber stick and continued beating him on
his head, chest and hands. When he fell down as a result of the beatings they kicked
him all over his body. On 17 March 2014, the three police officers were
sentenced to prison terms ranging between two and two-and-a-half years of
imprisonment.

The NGOs issuing this statement are
concerned about the failure of Central Asian authorities to conduct prompt,
thorough and impartial investigations into all allegations of torture and other
ill-treatment resulting in impunity of the perpetrators in the vast majority of
cases.

In June 2010, four days of violence
between ethnic Kyrgyz and ethnic Uzbeks in the cities
of Osh and Jalal-Abad in southern Kyrgyzstan
left hundreds dead, thousands injured and hundreds of thousands forced to flee
their homes. There were scores of reports of torture and other ill-treatment by
security forces during the violence and its aftermath. However, to date the
authorities appear to have done little to carry out effective investigations
into these allegations and to bring the suspected perpetrators from among
civilians as well as security forces to justice. Relatives of ethnic Uzbek
detainees are still reluctant to submit complaints to police and prosecutors
about their torture and other ill-treatment for fear of reprisals.

NGOs are aware
of many cases where people died in police detention and their relatives have
been seeking justice for years.

For example,
tomorrow, 27 June 2014, will be the fifth anniversary of Khurshed Bobokolonov’s
death. Five years ago, the senior oncologist left his house in Dushanbe, Tajikistan, to celebrate his 33rd
birthday with friends. On their way home he and his friends were stopped by
police of Ismoili Somoni District who took them away in a police car. Later that night
the family learned that Khurshed Bobokolonov was dead. The autopsy of 28 June
2009 concluded that he died of asphyxiation as a result of blocked airways due
to vomiting. Medical experts recorded a number of bruises on his body, which may
have been caused by heavy blunt objects shortly before his death. Persistent
attempts by his mother and lawyers to find out what exactly happened and who is
responsible for his death have come to nothing. The investigation was closed
and reopened several times. His mother has found the authorities reluctant to
take action to identify the culprit/s and uncooperative, failing to provide her
with information on investigative activities or to reply to letters from her lawyer.
To this day no one has been held accountable for Khurshed Bobokolonov’s death.

Human rights activists and lawyers
defending torture victims are at risk of repercussions for their work in all
Central Asian countries. Relatives and victims of torture who speak out about the
problem are also are at risk of reprisals. In many cases activists are closely
monitored by the authorities; they are subjected to excessive checks and in
some cases NGOs have been threatened with closure of their organizations as a
result of their human rights work. In Turkmenistan
no independent human rights group is able to operate openly at all and citizens
monitoring and reporting about human rights violations risk torture,
ill-treatment and imprisonment.

In June 2012, Mansur
Mingelov and his brother were detained on drugs-related charges in Mary
province, south-east of Turkmenistan,
and reportedly beaten during interrogation. When Mansur Mingelov was released 15
days later he complained to the authorities about the ill-treatment and started
collecting evidence of torture and other ill-treatment of other individuals,
most of whom were of ethnic Baloch origin living in Mary province. These
included allegations of police pulling detainees’ scrotums with pliers, and
subjecting them to electric shocks. He forwarded the information to foreign
diplomats and the Prosecutor General’s Office of Turkmenistan. Shortly
afterwards he was re-arrested and sentenced to 22 years’ imprisonment in a
blatantly unfair trial in September 2012 on what he alleges to be spurious
charges of “involving minors in socially inappropriate actions” and the
production and distribution of pornography and drugs.

The NGOs issuing this statement are also concerned that in the
name of national security and the fight against terrorism, certain
CIS countries, particularly Kazakhstan, the Russian Federation and
Ukraine, have forcibly returned numerous suspected members of banned
Islamic groups or parties to Tajikistan and Uzbekistan. Many of them were
subjected to torture
upon return. Under international
human rights law, in particular the Convention against Torture, states are
prohibited from sending anybody against their will to another country where there is a real
risk that they will be subjected to torture or other ill-treatment.

In two separate incidents at the beginning
of June 2014, Uzbekistani national security officials are believed to have
abducted Mirsobir Hamidkoriev and his partner Eleanora Isaeva in Moscow and forcibly
returned them to Uzbekistan. Mirsobir
Hamidkoriev, an Uzbekistani film producer and businessman, had applied for
asylum in the Russian Federation  and on 12 May 2014, Zamoskvoretsky District Court
in Moscow had ruled that the Federal Migration Service should recognize him as
a refugee. He is wanted by Uzbekistan on charges of  setting up a religious extremist organization
in 2009. Eleanora Isaeva, also an Uzbekistani citizen, is believed to have been
targeted to increase pressure on Mirsobir Hamidkoriev to confess to the
accusations and extract information from him. Both are at serious risk of
torture in Uzbekistan. There are credible allegations that – as in similar
previous cases – the Russian authorities colluded with the Uzbekistani security
officials in facilitating the abductions.