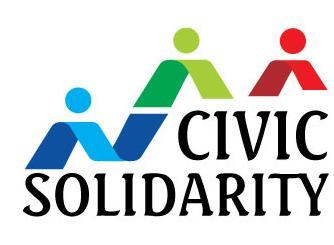 Civic Solidarity Platform members regret that the EU High Representative during her visit to did not publicly engage on human rights with respective Central Asian governments. As the EU is about to receive the Nobel Peace Price for its ‘advancement of peace and reconciliation, democracy and human rights’ such an omission is inexcusable.

Among those following her visit was the Civic Solidarity Platform, an international network of human rights organizations operating across Europe and the former . Members of the Platform have deemed the occasion of the visit as very timely to convey EU’s message of support to human rights and the civil society as a prerequisite for strengthened trade and engagement with the Central Asian countries.

Official visits on this level are a relatively rare occurrence in . Each of these four republics faces enormous challenges in the sphere of human rights and democracy. While there are considerable differences between the four countries Ashton visited, one aspect is shared by all – they have a relatively isolated human rights movement that greatly anticipated Ashton’s arrival, particularly since the strengthening of EU’s human rights policy in June 2012.

The EU Strategic Framework and Action Plan on Human Rights and Democracy reinforced treaty obligations for EU institutions to “place human rights at the centre of its relations with all third countries”. While Ashton’s discussions with heads of state were closed to the public, her public speeches bore witness of a one-sided focus on energy and security, and a lack of understanding of the crucial period human rights defenders are currently undergoing in .

By refraining to denounce serious human rights violations, especially in the High Representative’s statement after the visit to , she failed to implement her mandate to “raise human rights issues vigorously in all appropriate forms of bilateral political dialogue, including at the highest level”. In a context of escalating restrictions on freedom of expression, EU’s silence and failure to bring human rights to the forefront of the agenda has underlined the chilling environment for human rights defenders in the country.

The visit contrasts sharply with the international recognition the EU received on 12 October 2012, when the Norwegian Nobel Committee announced that the Nobel Peace Prize for 2012 is to be awarded to the European Union. In its announcement, the Nobel Committee pointed to the role the European Union has played in the advancement of peace and reconciliation, democracy and human rights.

In the twenty-three years that have passed since the fall of the Berlin Wall, the European Union and its member states have done considerable work to promote respect for human rights and democratic values in . It is now the moment to take these values to those parts of the former Soviet Union that may be geographically distant from Brussels, but which share a common history with Europe through their membership in the Organization for Security and Cooperation in Europe (OSCE) as well as culturally. Moreover, the European External Action Service bears legal obligation to promote these values in all relations with third countries, all the more critical at times when the restrictions of rights puts into risk the advancement of democracy in Central Asia.

Civic Solidarity Platform members consider that the visit of Baroness Catherine Ashton to focused largely on security and energy, and did not heed the historical obligation of the European Union to promote the values for which it receives the Nobel Peace Prize.

These values demand that high-ranking European officials dare to ask the difficult questions, on behalf of those few who try every day to raise them on their own with considerable threat to personal safety and security. The human rights situation in is particularly dire, and the following list identifies but a few of the issues that human rights defenders in the region expected to be raised:

•           The lack of a legal base for closing independent media in , the week after it became a member of the UN Human Rights Council

•           The blocking of Facebook by Tajikistani authorities this month,

•           The disproportionate use of force, including the killing of civilians, as part of a police investigation in Gorno-Badakshan in in July 2012

Only through a consistent, no-negotiations approach to human rights will Central Asia reach its true potential, and only when human rights are respected can Central Asia become a reliable counterpart to the EU – in security, in energy, and in partnership.

Civic Solidarity Platform was established in December 2011 to bring together non-governmental organizations to improve the human rights situation in Europe, Eurasia and the and includes about fifty human rights organizations around the world.