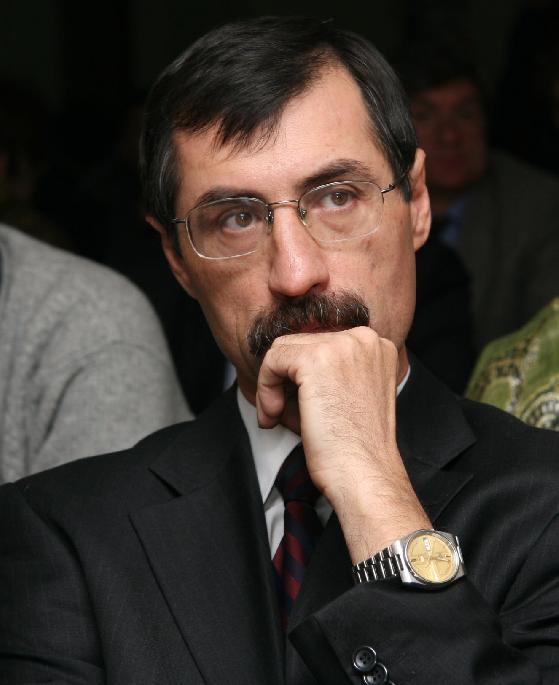 “Beginning of 21 century sees a crisis of human rights concept”

Keynote address to the World Movement for Democracy’s Seventh  Assembly

I was not able to attend the previous Assembly of World Movement for Democracy, because at the time I was imprisoned and released this February after an amnesty.

During my time in prison I, as other activists before me, have found how important was to feel the support from my family, friends and the larger human rights community. I am very grateful to the World Movement for Democracy for the expressions of support and the many appeals for my release to the authorities of sent from the different parts of the world.

In my turn, I would like to use this opportunity to show my support to Vladimir Kozlov, my friend and a leading activist of  the ‘Alga’ opposition party, who was recently sentenced in Kazakhstan to seven and a half years in prison on politically motivated and unsubstantiated charges of inciting social discord and calling for violent overthrow of the government.  I want to ask all of you to use every opportunity you have to show support for any opposition politician, trade union or labour movement activist, human rights defender, journalist and any other individual imprisoned in any country for their commitment to freedom, human dignity, truth and justice.

I am a human rights defender and my address today is about how the human rights are at the heart of democratic development.

At a conference few years ago, I have said that nowadays human rights and democratic development have three main enemies: namely oil&gas, geopolitics and war on terror. The war on terror in this context includes wide range of efforts: from rooting out extremism and radical thought to imposing stability that many governments tend to interpret in the way they see fit.

Results of the 21 century’s first decade show that these three enemies of democracy are winning on all counts. Oil&gas clearly have got an upper hand in domestic politics. Majority of countries with oil and gas driven economy tend to cultivate dictatorship, authoritarian and vastly corrupt regimes that use national resources to make the rich richer and to keep the rest under control.

In foreign politics oil and gas have become a winning argument in any debate about the failure to observe international human rights obligations.

Where authoritarian state has a benefit of important geographical location, its government plays the geopolitics card in any dealings with the democratic countries, taking advantage of regional and global power shifts.

Under the pretext of combating terrorism, extremism and radicalism many countries, including those who never faced any clear threat, have opted to increase repression of dissent and curtail civil rights and freedoms.

I believe that today we are witnessing not just a deterioration of the human rights situation, but a widespread crisis of human rights concept as such.

Here are my reasons behind this thesis:

But a closer look at each of these dimensions warrants a very disturbing picture.

Human rights conventions are clearly taking a backseat to other international treaties.  Failure to observe human rights commitments is almost a new norm that does not entail any legal, political or moral consequences.

The largest part of the former has turned into an enclave where basic human rights principles are distorted, misinterpreted or completely ignored. The beginning of the 21st century sees the old, mothball covered arguments being resurrected.  Repressive regimes are once again saying that democracy and human rights concepts are at odds with national and cultural tradition of their people. As if there is any nation that has natural aversion to truth, freedom and justice.

Many countries with authoritarian regimes have joined both international covenants, ratified conventions against torture, on refugee rights, on abolition of slavery, on rights of the child and many other treaties. And they choose to disregard majority of provisions of these binding documents. Are they held accountable by the international community? Not in the least!

These countries send reports to the UN Human Rights Council, receive recommendations from the UN committees and rapporteurs, but continue disrespecting their obligations nonetheless. They dismiss any international criticism of their human rights record as an interference with their sovereignty.

It is almost like the international organizations and democratic countries are playing a hide-and-seek game with the authoritarian states. If you pretend to share our vision of human rights, democracy and rule of law, then we will pretend to not notice your disregard for your commitments.

International human rights context now uses a new, politically correct language, spoken by the representatives of international organizations, such as UN and the OSCE. Any official statement on their behalf starts with recognition of cooperation, continues with praise of positive developments and goes on to point out a one, single problem never condemned strongly enough to interfere with the positive overall tone.

In fact, constitutions of many countries incorporate international treaties into the national legislation. But, however, binding, these commitments are still not met.

This problem needs to be addressed! If the international human rights treaties are legally binding, countries should face real legal consequences if they fail to observe these treaties. Or we all should just agree that international legal human rights obligations are simply optional, which will then make it pointless to have any debate on political or moral human rights commitments.

Given the human rights nihilism of many authoritarian governments, it makes little sense to focus on specific deficiencies in the national legislation that does not conform to international standards.

There is usually of a lot of focus on repressive legal provisions adopted by a specific state. The discussion is especially heated when it comes to provisions that affect freedom of expression, freedom of religion, freedom of assembly or movement, protection of privacy and many other laws that fell victim to the war on terror, extremism, radicalism and to the ‘fight for stability’.

But this debate really only focuses on the details, while we need to start looking at a bigger picture. We need to start by pointing out that many governments build their entire legal framework, including their constitutions, on perverse and distorted concepts. Legislation of many post-Soviet states is a case in point, as it clearly favors government’s interests over citizens’ rights and freedoms. Essential human rights principles say that for citizens ‘everything which is not forbidden is allowed’ while for the government ‘everything which is not allowed is forbidden’. But authoritarian states manage to turn these principles upside down both in law and it practice. Ordinary citizen have to prove that they have rights while authorities can take any action in violation of citizens’ rights unless this action is directly prohibited by the law.

I do not see any sense in trying to improve legislation that is built on flawed foundation. Either the government acknowledges that laws are there to protect human rights and starts a legal reform, or else any attempted improvement is simply about building Potemkin villages and painting the facades of shabby buildings.

The same is true of the institutions. We can no longer pretend that single-party parliaments, or security forces engaged in total control of citizens, or law-enforcement concerned with protecting the ruling elite, are all just a normal occurrence.

Authoritarian system with flawed legislation has no independent judiciary, no checks and balances and no rule of law. They can not provide for conditions favorable for human rights.

I do realize that majority of answers to my questions directly depend on the politics and political developments in different states. It is very difficult to change the course of these developments, especially in view of the serious global challenges.

But I do believe that we need to continue resisting and trying to prevent the authoritarian governments from blurring concepts, eroding ideas and undermining principles that humanity fought so hard to establish.

The essential values of TRUTH, FREEDOM and JUSTICE should be promoted, supported and guaranteed for all of us, independently of our residence, race, gender, age or other factors.

TRUTH is a fundamental value shared by all of us and is based on our right to receive and disseminate any information, except for the calls to violence and direct insult to morals. This is freedom to speak and listen, to write and read, to choose from different views and facts. Truth runs counter to empty rhetoric mixed with lies.

FREEDOM is a fought for right to be free of oppression and coercion, to be protected from violence and abasement of dignity. It means freedom from dictators and single-minded doctrines. It is a freedom to assemble and take part in public life. It is a freedom not just on paper, but in real life.

JUSTICE is a right to fair and unbiased trial. It also concerns fair distribution of wealth and equal access to opportunities. It is the rule of law and equality of all in front of the law.

These truths are well worn, but they can never be worn out. No matter how these truths are abused, battered and ignored, millions people around the world will not stop dreaming of them and reaching out to get them. Independently of race, place of birth or historical realities.

Democracy is a process, not a final destination. All of the above are building blocks for this process.

Sometimes I get the feeling that we just have to start all over. But then I think that it is not about a new start, but about keeping going. We need to keep saying that black is black and white is white, that two plus two equals four, that either you have freedom or you don’t and there is not middle ground. Keep saying this in simple and clear language and base our actions on our deep conviction in what is right.

I believe there is no other way to take democracy forward.