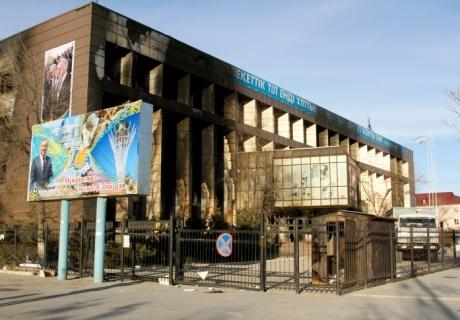 Qatar TV company Al-Jazeera has prepared documentary on oil-workers’ strike in West of Kazakhstan and shooting of strikers by police.

The story based on Human rights watch report that accused the government of Kazakhstan and three oil companies of abusing and repressing workers in the country’s oil fields.

Human Rights Watch (HRW), in the 153-page report released on Monday, examined last December’s events in western Kazakhstan in which at least 15 people were killed and more than 100 injured.

The incident happened when police fired on oil workers who were on strike.

The HRW report accused the government and the oil companies of restricting workers’ rights to freedom of assembly, association and expression.

You can watch a documentary according this link: