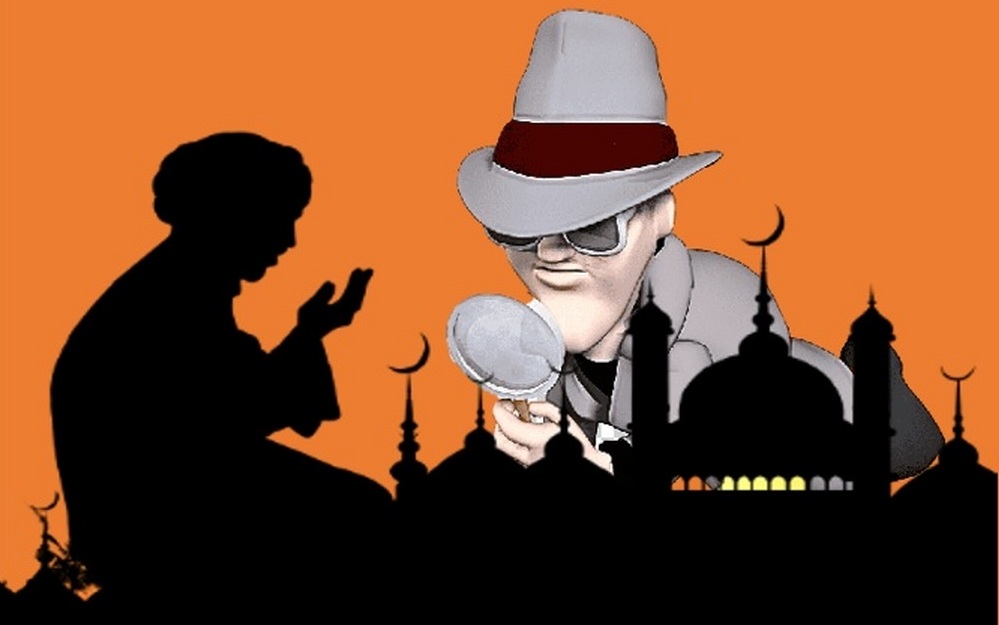 In Kazakhstan, those convicted for “religion-related” offences under the Criminal Code have little chances to be released early and even after their release they continue to incur out-of-court punishments.

There is a group of prisoners in the republic, who are called “religion-related” by human rights defenders. Those are the people convicted under extremism- and terrorism-related articles, but who have had nothing to do with real extremism and terrorism.

According to human rights defenders, up to one thousand “religion-related inmates” could be in penal colonies. Now deceased Ninel Fokina, head of the Almaty-based Helsinki Committee, said that her organisation has documented seven hundred inmates convicted of religion-related charges. This is much more than the number of political prisoners. Moreover, there is a rotation among political prisoners, and most of them still have a chance to be released early. But those convicted for “religion-related” offences rarely have this chance.

According to human rights defenders, “religion-related” inmates usually practice the so-called “non-traditional Islam” and come under close scrutiny by the authorities.

“When Nazarbayev approved of religion, he was counting on eternal gratitude of the believers and prayers by the latter for the head of state. However, the Islam and its schools do not involve such attitude to the authorities but for the Hanafi madhab (the officially approved school in Kazakhstan – Editorial office). They need religious associations that support the authorities and can influence the minds of believers by drawing their attention to the government’s position,” lawyer Galym Nurpeisov provided his version of the government’s special attitude to non-traditional religions.

He also said that people in power take religion as fashion, which is not approved by believers who have “non-traditional” religious views.

Persecution of “adherents of different faiths” may be based on the desire of security officials to get promotion or demonstrate the helpfulness of security services who become involved in public scandals from time to time.

“They (representatives of security services – Editorial office) do not like how the pastor gives sermons, the wrong music played in a taxi, wrong conversation over tea,” Galym Ageleuov, head of the public foundation “Liberty”, recited the reasons for bringing administrative and criminal action against the believers. “When it comes to a religious community, especially the Salafi one or Tablighi Jamaat (banned in Kazakhstan and other countries of Central Asia – Editorial office), it is like a red cape for bulls. It is very easy for them to inquire into such a community and turn it into an organised crime group or a terrorist organisation.”

One of the common examples of 2022 was seven years of imprisonment sentenced in June to Anatoly Zernichenko, a resident of southern Kazakhstan, who adopted Islam. Experts found “incitement to terrorism” in citations posted by Anatoly on social media from the Book of Monotheism by the Saudi scholar Saleh al-Fawzan.

Leave behind bars at any price

If a person gets behind bars under the “religion-related” article, it is almost impossible to leave the prison. The “model” example is the story of Bolatbek Nurgaliev, one of nine persons involved in the case initiated on the basis of religious discussions in the closed WhatsApp chat group. There were no victims of theological debates, yet experts found “propaganda of terrorism” and “incitement of religious discord” in conversations.  Nurgaliev and other participants of debates were convicted in 2019 to 5.5 up to 8 years in prison. Bolatbek agreed to plead guilty to organisation of the chat group hoping that the rest would be sentenced to lesser terms. Instead, he was sentenced to the longest term and put under special control.

In 2021, the UN Working Group on Arbitrary Detention expressed the opinion that arrests of the said Muslims and trials over them were arbitrary.  The UN body, without the timely response from the state, demanded to release “those convicted arbitrarily”, pay due compensations to them, and carry out investigation to find out guilty ones, namely officers of the National Security Committee (KNB).

Afterwards, the four convicted, in spite of the established practice, were released on parole. However, Nurgaliev, who is considered the main defendant, could be held in prison until the end of the sentence. This is indicated by the fact that in 2022 Bolatbek Nurgaliev was twice denied reduced sentence, although he could legally apply for parole and the administration of the Kyzylorda penal colony, where Nurgaliev was serving the sentence, petitioned for parole. But the prosecutor’s office was against it.

The first time, in February 2022, the reason for indignation of the supervision body was that Nurgaliev, who had only recognitions and commendations, once violated the regime – he performed salah in his free time. According to the prosecutor’s office wording, it means “no positive changes in behaviour shown.”

The second time, in November, the prosecutor’s office said that Nurgaliev and other inmates in his case had outstanding claims. The court did not take into account the documents provided by the administration showed that Nurgaliev’s claim was paid and the fact that he could not be held responsible for others.

Attitude to “religion-related” inmates in penal colonies is harsher and even more cruel than that to criminal offenders or political prisoners: they are more often undergo torture and humiliations, they are denied visits and parcels, any attempts to show their religion are suppressed.

Dadash Mazhenov, a convicted resident of Shchuchinsk (Akmola region), now has the right to petition for release on parole. Mazhenov, who does not hide his commitment to salafism, received 7 years and 8 months for posting audio sermons on VKontakte social media in 2018. While he was transferred from one colony to another, he was twice beaten severely, according to his mother Irina Mazhenova, which left traces and traumas on him (Dadash could not move on his own for a while). The last time, according to Irina, her son was beaten severely in the Kyzylorda detention facility and he had his jaw broken; he was beaten after the January events of 2022, and was threatened to become cargo 200. Neither he, nor his relatives received any official judgements regarding the first two reports of torture. They did not file a third report as they knew it would be in vain.

“All have four short-term visits per year, while he has two. We have filed a dozen of petitions to relocate him closer to his domicile, but they don’t even respond to us,” Irina Mazhenova, mother of Dadash, said.

Is legal punishment not enough?

The release does not guarantee it is finally over. Three of ex-inmates charged with “religion-related” offences said to the Human Rights Bureau that after their release KNB supervisors have forced them to work for the intelligence agency, namely to inform on adherents, or take part in setups. Only one of them asked for protection in 2018, when KNB officers forced him to become the “whistle-blower” to arrest his fellow adherents who did not break the law. Otherwise, they threatened to get him back to prison. The ex-inmate filed a petition to the prosecutor’s office and he was left alone.

Besides, there is a conditionally legal punishment, which has become a disaster for “religion-related” convicts. After the verdict, their data is entered into the list of persons “involved in financing of extremism and terrorism.” Now, the list maintained by the Financial Monitoring Agency has over 1,500 persons on it, based on the recommendation of the General Prosecutor’s Office.

After release, people remain on lists, which almost deprives them of all financial rights and opportunities. The people on the list have their individual identification number (IIN) blocked, without which Kazakhstanis “disappear” from the relationship with the state and even with the commercial sector. Without IIN, those released cannot open bank accounts, which means they cannot receive benefits and official pays, pay fines, taxes, buy railroad and air tickets, and so on.

“Being listed in the above list for ex-prisoners means additional penal sanction, which is not provided by article 40 of the Criminal Code of Kazakhstan, which lists the types of punishments. It means that the convict continues to undergo punishment, which is not provided by criminal law,” said Kuat Rakhimberdin, director of the East Kazakhstan office of the Human Rights Bureau, on February 10, 2022 during the online meeting with members of parliaments.

The Kazakhstan-based international Human Rights Bureau has attempted to cancel this list in court, but their petition was not approved.

In response to the request of human rights defenders, the Financial Monitoring Agency said it sees no grounds for concerns.

“To ensure one’s livelihoods, an individual may appeal to subjects of financial monitoring (banks, currency exchange offices, insurance, leasing companies, and other organisations – Editorial office) to perform [financial] transactions,” they wrote in their reply.

But the problem is that every single “subject to financial monitoring” has to make such appeals.  “Subjects of monitoring” often do not want to make risky decisions and refer applicants back to the Agency.

“People have had to appeal against, write to the prosecutor’s office to have any opportunities for livelihoods, but it is not always possible. I think this list is wrong because financing of extremism and terrorism is not proved. I have also been charged under article 266 (Financing of an crime group activities – Editorial office), and they have failed to prove anything, so they have just suspended my IIN,” Aset Abishev, ex-political prisoner, said (political prisoners are also put on this disastrous list).

In the reply of the Financial Monitoring Agency, the grounds for exclusion from the List were cancellations of decisions or court judgments; availability of documented information about death; cancellation and clearance of conviction. The first one is almost impossible in Kazakhstan, the third one can take up to eight years. Therefore, human rights defenders demand that the List include only those who are guilty of financing terrorism, not all convicted of extremism articles. Human rights defenders also think that the law must define the term of target financial sanctions.