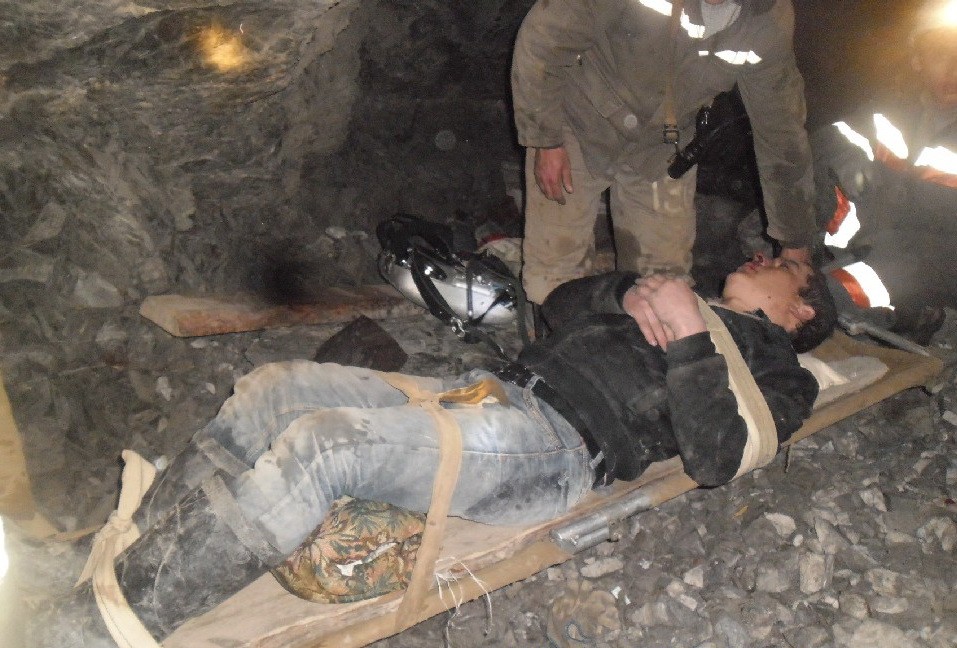 Distress about working conditions has dotted Kazakhstan in recent weeks, as one gas leak at a coal mine killed three workers near Karaganda and a brawl in Astana resulted in two injured. Two of the major topics that emerged from the news cycle were worker safety and interethnic relations, although the authorities quickly swept both issues under the rug.

The Kazakhstan mine in the coal town of Shakhtinsk near Karaganda is, together with the Temirtau steel plant, a symbol of the heavy industry core of the country, the region where President Nursultan Nazarbayev worked and climbed up the ranks of the Soviet Communist party. On August 31, a methane leak prompted the evacuation of the mine, where 132 workers were stationed, some 600 meters underground. Three workers died immediately of gas poisoning. All others made it back to the surface and some of them were later hospitalized for minor injuries.

The mine, which began operations in 1969, had been the theater of another deadly accident in 1994, when 14 workers died after an explosion. The operating company, a subsidiary of Luxembourg-based ArcelorMittal, will face a special investigation on the safety measures it had in place at the time of the latest accident. Government agencies and ArcelorMittal have had tense relations in recent years, after the company repeatedly failed to uphold its traditional role of largest employer and taxpayer of the heavy industry sector. The long-lasting economic crisis and the slump in commodity prices resulted in massive layoffs and pay-cuts at ArcelorMittal Temirtau. As a result, the government pressured the company, which also operates the Temirtau steel plant, to adjust wages and improve working conditions. Workers at ArcelorMittal Temirtau, in fact, are far from pleased with the company’s plans. Tensions mounted again in February 2016 when the company canceled a planned pay rise for the 14,000 workers of the plant.

Despite critical problems with working conditions, Kazakhstan’s government has focused more on financial and safety issues. As reported in The Conway Bulletin in September 2016, Kazakhstan’s minister of investments and development said that the company could be using seasonal stoppages at its plant in Temirtau to avoid finishing the year with a profit. The government has also cracked down on ArcelorMittal’s seemingly lax safety standards, as accidents continue to occur at the sites it operates. Last November, three workers died at another coal mine, Saranskaya, after a monorail accident.

In Kazakhstan’s capital Astana, the city administration had to curb a small-scale riot that involved at least dozens of workers both foreign and local, who were hired to build the high-profile Abu Dhabi Plaza skyscraper. Eight of the 41 locals who were detained were later charged with administrative penalties, but the most visible official reaction was the blockade of four major streets with a massive deployment of security forces to bring order back on the site. Unofficial reports, however, point to hundreds, not just dozens, of workers and local residents involved in the unrest, which sparked from an argument between an Indian worker and a security guard at the site. Around 60 Indian citizens, who participated in the brawl were identified and are now in the process of being deported back to India.

The Indian workers were hired by Arabtec, one of two companies contracted by Aldar, the UAE developer, for the construction of the $1.6 billion, 382-meter skyscraper, which will become the tallest building in Central Asia after completion. Notably, the Abu Dhabi Plaza project has drawn frequent worker unrest and raised safety concerns in recent years. In 2014, around 700 workers walked out in a strike demanding higher wages. Fires have also sparked occasionally at the construction site, the latest one last year, delaying the completion date, originally planned for the end of 2016, in time for this year’s EXPO.

The unrest triggered racist comments and raised questions on interethnic harmony on social media, highlighting the fragile stability of racial and ethnic coexistence in Kazakhstan. In a similar fate as working conditions, however, this issue was quickly swept under the rug by the authorities, which denied any ethnic undertones and suppressed any additional speculation on the riot. While the strategy of overlooking nodal points of social conflicts could work for establishing Nazarbayev’s peaceful political legacy, delaying a serious conversation on the real issues at stake might turn them into problems in the future.