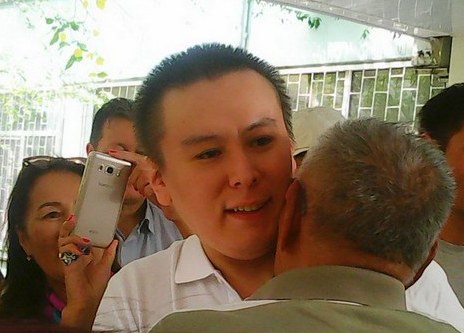 Kazakh opposition journalist Zhanbolat Mamay was finally released today but was sentenced to a three-year restriction on his movements and a three-year ban on working as a journalist after being convicted on a trumped-up money-laundering charge.

Reporters Without Borders (RSF) regards the sentence as a politically-motivated attempt to silence one of Kazakhstan’s few remaining critical voices.

The editor of the opposition newspaper Tribuna/Sayasi Kalam, Mamay was arrested on 10 February on a charge of laundering funds that were allegedly embezzled by Mukhtar Ablyazov, a government opponent and former owner of the BTA bank, who now lives in exile.

The Almaty court found him guilty although the prosecution’s case was extremely flimsy. The seven months he spent in prison will be deducted from the three years of being banned from working as a journalist and forced to remain within the municipality where he resides.

The court also sentenced him to 120 hours of community work and ordered the confiscation of his assets.

The verdict was even more surprising after the judge himself, in his conclusions, said he had found no evidence of money-laundering. The decisive factor was clearly Tribuna/Sayasi Kalam, one of the few media outlets that still criticized the regime. It was forced to close after Mamay’s arrest.

“Once again, the Kazakh judicial system has shown itself to be the regime’s loyal right-hand man when it comes to gagging the few remaining critics,” said Johann Bihr, the head of RSF’s Eastern Europe and Central Asia desk.

“We are obviously relieved that Zhanbolat Mamay has been released from prison, where he should never have been, but it is outrageous that he has been banned from journalism and reduced to penury. We condemn this baseless verdict, the outcome of a trial whose political intentions were clear from the start.”

In the trial that began on 18 August, former Ablyazov associate Zhaksylyk Zharimbetov recognized having been one of Tribuna/Sayasi Kalam’s main sponsors. But, while acknowledging that Ablyazov had encouraged him, he insisted that he did it on his own initiative and used his own funds.

Mamay confirmed that he accepted Zharimbetov’s help in order to cope with the financial difficulties that the newspaper encountered in 2013. In fact, Tribuna/Sayasi Kalam was often late in paying its printers and the salaries of its employees, a circumstance that makes the money-laundering claim even more implausible.

There have been very few independent media outlets in Kazakhstansince the simultaneous closure of all the leading national opposition newspapers in December 2012. This dire situation has been compounded by the judicial system’s readiness to cooperate in arrests of critical journalists and bloggers.

Kazakhstan is ranked 157th out of 180 countries in RSF’s 2017 World Press Freedom Index.