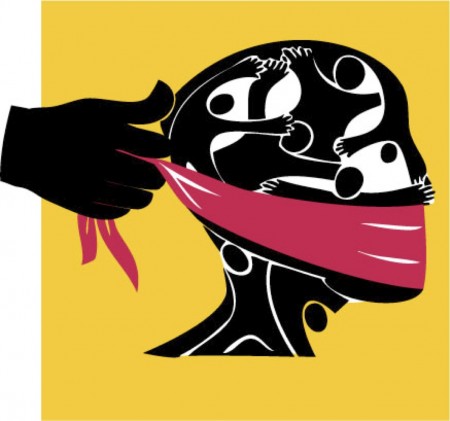 Aset Matayev, director of the KazTAG news agency, four government officials and ex-officials and a senior official from the state Kazakhtelecom company are suspected of involvement in a conspiracy designed to defraud the state of more than $1 million dollars, the National Bureau for Counteracting Corruption said in a statement on March 28.

Aset Matayev is the son of Seytkazy Matayev, a well-respected figure on Kazakhstan’s media scene whose arrest in February on charges of embezzlement and tax evasion sparked a domestic and international outcry.

Now, Aset Matayev has, like his father, been placed under house arrest after the investigation purportedly revealed that he had “taken a direct part in the embezzlement of budget funds,” the anti-corruption bureau said.

Four current and former officials from the government’s Communications, IT and Information Committee have also been arrested: director Talgat Kazangap and former director Bolat Kalyanbekov are on bail; and Bolat Beserbayev, another ex-director, and his former deputy Bek Arpabayev are under house arrest. Also under house arrest is Batyr Makhanbetazhiyev, who is strategic management director at Kazakhtelecom.

The Matayevs categorically deny the charges against them. Aset Matayev told EurasiaNet.org in February that he believes the case is politically motivated and designed to get hold of valuable real estate owned by his father.

The property of Seytkazy Matayev, head of Kazakhstan’s Union of Journalists, includes the premises of the National Press Club (which he also heads) on one of Almaty’s smartest thoroughfares, Furmanov, where the cost of real estate is stratospheric, and offices in Astana.

All would be subject to confiscation if Matayev were convicted of embezzlement, a crime that carries a jail term of up to 12 years.

The National Bureau for Counteracting Corruption says the Matayevs were in cahoots with government officials over the period 2010-2015 to defraud the state of 160 million tenge ($470,000) and plotted with officials at the state-owned Kazakhtelecom company to steal 260 million tenge ($765,000).

The case hinges on a system known as the “state order,” whereby government bodies pay selected media outlets millions of dollars a year to carry reporting on topics of their choosing, generally — according to research published in 2013 — to produce positive spin and promote a feel-good factor.

Investigators say the Matayevs and government officials colluded to embezzle the funds, including by ensuring that other media outlets were excluded from the tender process and inflating prices. They also claim KazTAG failed to meet the terms of its agreement with the government by failing to make the material publicly available for free and publishing it for subscribers only.

These arguments were dismissed as “groundless fantasies” by Tamara Kaleyeva, director of the Adil Soz (Free Speech) watchdog and chairwoman of a committee set up to support Seytkazy Matayev, in a statement rubbishing the claims published on March 28.

Since many other media outlets have received government money to publish material, the argument that the group pushed out competition was suspect, she said. Kaleyeva also pointed out that most media outlets that receive money for the “state order” — including the state-owned newspaper Kazakhstanskaya Pravda — charge readers for their services.

The case against the Matayevs has sparked an international outcry, with free speech watchdogs expressing alarm and the European Parliament passing a resolution expressing “its concerns about the climate for media and free speech in Kazakhstan.”

The parliament “is very concerned about the pressure on independent media outlets,” it said, mentioning the Matayevs’ case and that of Guzyal Baydalinova of the embattled Nakanune.kz website, who is in jail under investigation on the charge of disseminating false information, which carries a jail term of up to 12 years.