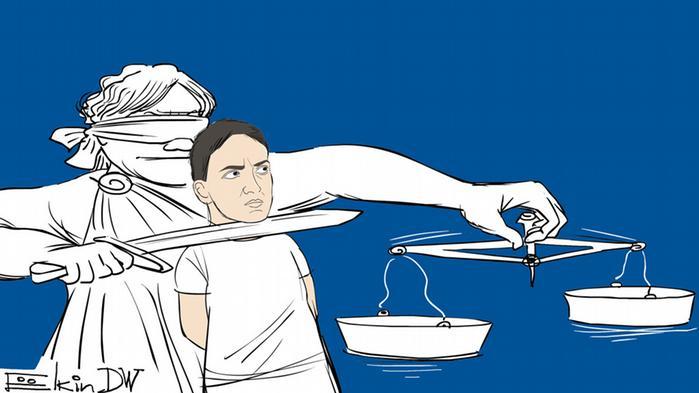 Judges could be deprived of many of their rights to freedom of religion or belief if the draft Code of Judges’ Ethics is adopted in November in its current form, Forum 18 notes. Judges could face disciplinary action for talking about their faith with others away from the court, being among the legal founders of a religious organisation, attending a religious conference as a private individual, or giving “provide support in any form” to a religious organisation.

The Code of Judges’ Ethics would apply to all of Kazakhstan’s estimated 2,660 judges. The Code is likely to be adopted at the much-delayed Seventh Congress of Judges. This is now scheduled to be held in the capital Astana on 24 November, Madiyar Balken, a Supreme Court Judge and secretary of the Union of Judges, told Forum 18 from Astana on 18 October.

Judge Balken justified the proposed restrictions, insisting that judges “shouldn’t be very active in their religious conduct” (see below).

Aina Shormanbayeva, an Almaty-based lawyer who heads the International Legal Initiative non-governmental organisation, is among several legal specialists concerned by these proposed restrictions. She told Forum 18 that she believes these restrictions – if adopted – would violate judges’ human rights. She argues that they need to be reworked (see below).

Another legal specialist told Forum 18 that the text is so broadly and imprecisely worded that judges’ rights to freedom of religion or belief could be seriously restricted (see below).

In September 2011, Agisbek Tulegenov was removed from his post as a Judge in Aktobe Region to punish him for attending mosque. The National Security Committee (KNB) secret police alleged he was close to members of the Muslim Tabligh Jamaat missionary movement, an accusation he denied (see below).

Whether or not extra restrictions are imposed on judges when the new Code of Judges’ Ethics is adopted, judges already face the severe state restrictions on the exercise of freedom of religion or belief that all the country’s residents face. The restrictions, which violate Kazakhstan’s international human rights obligations, include: bans on and punishment for meeting for worship without state registration, talking to others about religion without state permission and publishing or distributing literature about religion without state permission (see Forum 18’s Kazakhstan religious freedom survey http://www.forum18.org/archive.php?article_id=1939).

The 1 October draft of the Code of Judges’ Ethics, seen by Forum 18, is the current version being considered, Balken told Forum 18.

Article 7 continues: “The provisions of this article should not be considered as limiting the right of a judge to freedom of religious confession, to their attendance at religious institutions or places of worship, or participation in services, religious rituals and ceremonies conducted under procedures established in law in their own name on a par with other citizens. In this in all cases, they should demonstrate reserve and moderation, so that the authority of the court and the dispassionate nature of justice would not be put into doubt.”

While the ban on “propagandising” religious convictions and displaying religious symbols appears to relate to judges’ conduct in the courtroom, the rest of the Article appears to relate to conduct outside their professional life. Other provisions of the Code impose restrictions and requirements on judges’ private lives, including over how they bring up their children.

Any judge deemed to have violated these provisions could be referred to the Judicial Ethics Commission of the Union of Judges. The Commission would review any accusations and has the power to issue a public reprimand or, in more serious cases, refer a judge to a disciplinary board. A disciplinary board could rule to strip a judge of their post.

Shormanbayeva of the International Legal Initiative notes that decisions to strip judges of their post are “exceedingly rare”. The legal expert similarly pointed out to Forum 18 the rarity of such cases, but noted the removal from his post in 2011 of Judge Tulegenov because of his exercise of the right to freedom of religion or belief (see below).

The Almaty-based legal expert expressed concern about the vague formulation of Article 7 of the proposed Code and the way it might harm judges’ right to freedom of religion or belief.

“Some of the wording could be interpreted in different ways,” the legal expert told Forum 18. “For example, the wording on judges not having the right to carry out activity as a member of religious organisations could mean that they could not participate in any of their activity, including by reading a holy book, or that they could not take part in plans by a religious organisation to organise conferences or congresses.”

Shormanbayeva of the International Legal Initiative is similarly concerned by the proposed restrictions on judges’ exercise of their freedom of religion or belief. She notes that these restrictions would violate Article 18 of the International Covenant on Civil and Political Rights (which declares that “Everyone shall have the right to freedom of thought, conscience and religion” and that any restrictions must be “prescribed by law and are necessary to protect public safety, order, health, or morals or the fundamental rights and freedoms of others”).

Shormanbayeva says the proposed restrictions also violate Article 22 of the Constitution, which declares that “Everyone has the right to freedom of conscience”.

“Restrictions on the right in accordance with the Siracusa Principles and Article 39 of Kazakhstan’s Constitution can be imposed only by law and to the extent that is necessary to protect national security, public order and the rights and freedoms of others,” Shormanbayeva told Forum 18. “The Code of Judges’ Ethics is not a law, it is an internal act for members of a public association – the Union of Judges. So it cannot impose restrictions on any of the rights and freedoms of individuals.”

Shormanbayev and the legal expert both insist that Article 7 of the proposed Code needs to be reformulated.

Judges “shouldn’t be very active in their religious conduct”

Asked why the draft Code contains what appear to be wide-ranging bans on judges exercising the right to freedom of religion or belief as individuals outside their official capacity, Judge Balken of the Union of Judges told Forum 18: “We need a very sensitive approach to the conduct of judges.”

Judge Balken insisted to Forum 18 that the text of the proposed new Code has not been finalised. “The text is not yet finished – the Working Group intends to make it more flexible,” he told Forum 18. “We are still open for discussion.”

No restrictions on freedom of religion or belief in current Code

The new Code of Judges’ Ethics would replace the current Code which dates back to November 2009. This makes no mention of any restriction on judges’ exercise of the right to freedom of religion or belief.

The Bangalore Principles of Judicial Conduct, adopted in 2001 and revised in 2002, stress the need for an impartial and independent judiciary. These make no reference to any restrictions on the exercise by judges of their right to freedom of religion or belief as individuals. The Bangalore Principles have been widely accepted and the then United Nations (UN) Commission on Human Rights endorsed them in 2003.

The draft Code specifically says it draws on the Bangalore Principles, as well as the Universal Declaration of Human Rights, the International Covenant on Civil and Political Rights and the Basic Principles on the Independence of the Judiciary endorsed by the UN General Assembly.

Kazakhstan’s Ethical Code of State Servants, approved in December 2015, bans state officials from using their official position to promote the interests of a particular religious organisation or to advertise their relationship to it. Officials cannot “openly demonstrate their religious convictions in the [work] collective” or force their subordinates to take part in the activity of religious organisations.

However, the Code makes no mention of any restrictions on exercising freedom of religion or belief outside working hours away from the place of work.

The Union of Judges began preparing the Code of Judges’ Ethics in December 2015. It set up a Working Group to draft and lead the adoption process, Judge Balken told Forum 18.

The draft text was first published in February 2016. On 20 January, the day before the formal decision to initiate a new Code, Kairat Mami, the Chair of the Supreme Court, asked the Council of Europe’s Venice Commission for an Opinion on the draft Code. Although Kazakhstan is not a member of the Council of Europe, it is a member of the Venice Commission.

The Venice Commission reviewed the February version of the draft Code and issued its Opinion on 13 June (http://www.venice.coe.int/webforms/documents/?pdf=CDL-AD(2016)013-e).

This Venice Commission Opinion cited an earlier Opinion on Bosnia noting that restricting the rights of judges to demonstrate a religious affiliation in the courtroom is a “sound rule”. However, it added that “this prohibition should not be seen as preventing the judge from attending a mosque or a church, or, for example, wearing a cross or another insignia in a manner not visible to others. Indeed, any limitation should be proportionate and should primarily concern expression of religious beliefs in the professional setting.”

The only known removal of a Judge in punishment for exercising the right to freedom of religion or belief outside the professional setting came in 2011. Following complaints by the National Security Committee (KNB) secret police, Agisbek Tulegenov was removed from his post as Judge at Aktobe Regional Court.

Aktobe Regional KNB had written to Aktobe Regional Court on 26 July 2011, alleging that unnamed individuals in the judicial system “belonged to religious organisations of non-traditional orientation” and of “extremist orientation”. It also alleged such individuals provided “material and legal help to individuals of worldviews which are against the state”, according to subsequent court documents seen by Forum 18.

Tulegenov was specifically accused of links to members of the Tabligh Jamaat Muslim missionary movement. This was banned as “extremist” by an Astana court in February 2013, a year and a half after the Regional KNB’s letter.

Despite the lack of evidence of wrongdoing, Tulegenov was removed as a Judge on 27 September 2011.

Tulegenov denied the allegations against him and insisted he was being punished simply for attending mosque regularly.

Tulegenov took the KNB secret police to court, arguing that it had provided “inaccurate information”. However, on 2 November 2011 Aktobe Military Court rejected his suit. The same court rejected his further appeal on 27 December 2011, according to the decisions seen by Forum 18.