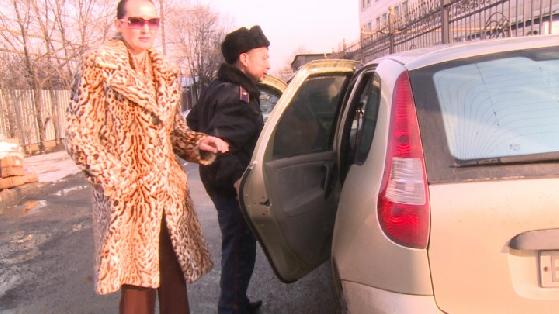 On January 23, a court in the city of
Almaty charged Tatiana Shevtsova-Valova with inciting animosity towards Kazaks,
the majority ethnic group in the country.

The Facebook posts also suggested that
northern Kazakstan – with its large Slavic population – might end up going the
same way as Crimea, which Russia seized from Ukraine in March 2014. They said
that if the “exaltation” of Kazaks and the promotion of their language
continued, these northern territories might come under Russian rule.

Shevtsova-Valova denies posting the
material and insists the Facebook account in her name was set up by someone
else.

This is the first time someone has been
prosecuted for using social media to spread hate speech, a crime which carries
a punishment of up to seven years in jail.

The authorities launched criminal
proceedings after being informed of the Facebook comments by a group known as
the Alliance of Bloggers of Kazakstan.

Although some members of the Alliance
are independent bloggers, overall the group is seen as pro-government. It was
set up in October at the suggestion of a number of members of Kazakstan’s
parliament, which is dominated by President Nursultan Nazarbaev’s Nur Otan
party.

Andrei Grishin of the Kazakstan
International Bureau for Human Rights and Rule of Law sees the prosecution as a
strong message to ethnic Russians not to stir up trouble at a particularly
difficult time for the country.

“It is likely that she was seen as the
most suitable for a show trial,” he said.

Since the annexation of Crimea and the
conflict in eastern Ukraine that followed, a number of Russian nationalist
politicians have proposed “reclaiming” northern Kazakstan. Officials in Moscow have
issued disclaimers, stressing the longstanding good relationship between the
two countries. While this is true, Kazakstan’s leaders are clearly
uncomfortable about Russian actions against Ukraine and have avoided expressing
the kind of open support that Moscow would like. At the same time,
Russian-Kazak ties became even closer at the beginning of the year with the
formation of the Eurasian Economic Union.

In this fluid situation, the Kazak
government will be watching for signs of Russian separatism, whether home-grown
or imported. Extreme nationalists in Russia have been trying to reach out to
their ethnic kin in Kazakstan through various means including social networking
sites.

Grishin in no way condones the comments
attributed to Shevtsova-Valova, but points out that Kazaks as well as Russians
post inflammatory remarks on the internet.

Journalist Sergei Duvanov used his own
Facebook page to challenge the comments allegedly made by Shevtsova-Valova, and
received insulting remarks as a result.

He believes pro-Moscow comments of this
kind are designed to encourage Russians abroad to see themselves as part of a
single community.

Despite his objections to
Shevtsova-Valova’s alleged hate speech, Duvanov does not believe criminal law
is the right way of dealing with such matters.

“We shouldn’t create a dangerous
precedent for criminal prosecutions for expressing one’s views on the
internet,” he said on his Facebook page.

Others disagree. Opposition activist
Jasaral Kuanyshalin told IWPR that if Shevtsova-Valova was found guilty, she
should be punished, regardless of fears of the precedent this might set.

“Such concerns are complete nonsense,
because if the regime wants to deal with [dissent], it can do so without
needing any precedent,” he said.

Political analyst Aidos Sarym is worried
about the action taken by the Alliance of Bloggers, which he sees as tantamount
to trying to impose censorship. In an interview with the news website Ratel.kz,
Sarym said it was wrong to target individuals in this way as “enemies of the
people”.

Galymbek Akulbekov, an economist and
businessman in the northern city of Karagandy, does not believe people should
be prosecuted for this kind of offence – not least because the judicial system
is seen as biased and will find it hard to address “new media” offences without
being swayed by political imperatives.

“The judiciary is not independent, and
it is likely to come up with a less than satisfactory decision that produces
more questions than answers,” he said.

More broadly, Akulbekov sees this
controversial case as a reflection of a divided society.

“I think that in the popular
imagination, the worst has already happened – Kazakstan society is already
fragmented along ethnic lines,” he said.