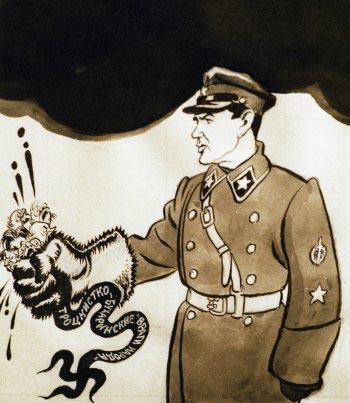 As
rights activists in Kazakstan warn of increasing pressure on civil society
groups, the government appears to have stalled on negotiations about a draft
law that critics say would restrict the work of non-government organisations.

Meanwhile,
a separate set of proposed amendments to legislation on NGOs, tabled by a
pro-government grouping, has been dismissed by other civil society groups.

NGOs say
they will be put at risk by changes to criminal law which take effect from
January. It will become an offence to run an organisation that is not
registered with the authorities, or to take part in a public gathering without
government approval. These offences could lead to a six-year jail sentence.
(See Hard Times Ahead for Kazakstan Civil Society.)

As these
changes come into force, the government has remained silent on a separate piece
of legislation covering NGOs. This bill perpetuates the existing system whereby
NGOs can bid for contracts to get state funding. Critics say that this will
further strengthen the kind of group that is popularly known as a
“government-organised non-government organisation” or “GONGO”. (See Concern
that NGO Law Favours Kazak Regime Loyalists.)

Several
groups have spoken out against the bill amid fears that the authorities want to
use it in combination with the new criminal legislation to curb NGOs that are
critical of the government or that work on sensitive issues.

“The
space in which civil society operates continues to shrink,” Yevgeny Zhovtis,
founder of the Kazakstan Bureau for Human Rights and Rule of Law, told IWPR.
“New challenges have emerged out of the authorities’ attempts to create a civil
society sector that they control, and which consists of GONGOs… and civil
society groups [contracted] to provide social services because they are
pro-government.”

Zhovtis
was speaking at a November 28 meeting organised by the human rights group
Kadir-Kasiet in the town of Borovoye, northern Kazakstan, to discuss the
challenges facing NGOs.

In
response to the NGO bill, civil society groups set up a committee to discuss
their objections with the culture and information ministry, which drafted the
legislation. However, after submitting recommendations back in January, they
are still waiting for the ministry to respond.

Svetlana
Ushakova is director of the Institute for National and International
Development Initiatives, one of the groups involved. She says the culture
ministry was initially responsive and in early 2014 accepted a number of their
proposals, including provisions for state-funded grants, involving NGOs in the
work of the grant-making commission and in monitoring and evaluating projects,
as well as simplifying the procedures for qualifying for these contracts.

But
since then, the ministry has fallen silent. Over the summer, the NGO committee
wrote to it in the hope of reviving the dialogue, but it has not received a
response.

Now
another grouping, the Civic Alliance of Kazakstan, which is seen as
pro-government, has come up with its own proposals in the shape of a separate
bill. It has suggested amendments to two existing laws that govern how the
government handles contracts with civil society groups and other non-commercial
organisations.

Civic
Alliance leader Nurlan Yerimbetov said the proposals would address problems
with the way the government decided which organisations should receive funding.
He has proposed setting up a grant-making body which would manage the state
funding and be responsible for holding bids. This would reduce the potential
for corruption and distance government from grant decisions, he said.

Other
NGOs oppose this move, and instead want to push ahead with the stalled
negotiations on the current NGO bill. They doubt the grant-making body proposed
by the Civic Alliance would be all that independent, and they say its other
recommendations do not address the system of awarding contracts to NGOs as if
they were profit-making entities, by selecting the cheapest service provider
regardless of social impact.

“The
amendments proposed by the Civic Alliance are very limited,” she told IWPR.
“Introducing a single grant-making body is a step backwards and it is open to
corruption. The voice of the majority of NGOs is not being heard.”

“What we
are seeing these days is that civil society is very fragmented,” she said.

Rights
activists also worry that the expansion of government control over NGOs is
affecting the way international donors behave. Zlata Udovichenko, a journalist
with the Vremya newspaper, believes that these donors are taking a more
cautious approach to their own grant-making.

“The
leaders of many human rights groups are telling us that big European donors
that have been supporting their work are now refusing to fund a project if the
NGO does not have a friendly relationship with government institutions,”
Udovichenko said.