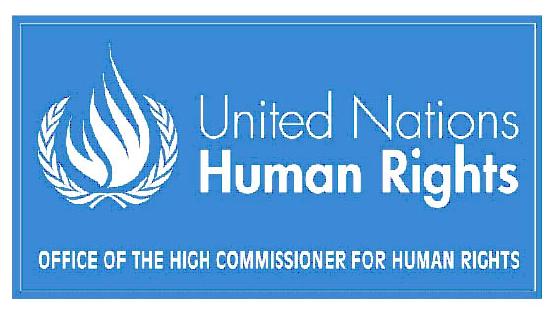 Kazakhstan’s human rights record will be examined by
the UN Human Rights Council’s Universal Periodic Review (UPR) Working Group for
the second time on Thursday 30 October 2014 in a meeting that will be
webcast live.


Kazakhstan is one of the 14 States to be
reviewed by the UPR Working Group during its upcoming session taking place from
27 October to 7 November.  Kazakhstan’s first UPR took
place on 12 February 2010.

Among the issues raised in the
national report and through advanced questions received are:  preventing
and investigating the use of torture; violence against women; combatting human
trafficking; protecting freedom of expression and  of the media; including
decriminalisation of defamation; the rights of migrants, refugees and of ethnic
minorities; freedom of thought, conscience and religion, including the
mandatory registration of religious organisations; electoral rights; the right
to peaceful assembly and association; women and children’s rights; judicial
reforms; and counteracting extremism and terrorism.

The three reports serving as the basis for
the review of Kazakhstan on 30 October can be found here:http://www.ohchr.org/EN/HRBodies/UPR/Pages/KZSession20.aspx

The UPR is a unique process which involves a
periodic review of the human rights records of all 193 UN Member States.
Since its first meeting was held in April 2008, all 193 UN member States
have been reviewed during the first UPR cycle and 98 thus far during the second
cycle.  The second review of States aims to highlight human rights
developments in the country since its first review and provides an opportunity
for States under review to spell out steps taken to implement recommendations
posed during their first reviews.

The Kazakh delegation will be headed by Ms.
Elvira Azimova, Deputy Minister of Justice.

The three country representatives serving as
rapporteurs (“troika”) for the review of Kazakhstan are:  Kuwait, Germany
and South Africa.

The webcast of the session will be at http://webtv.un.org


The list of speakers and all available
statements to be delivered during the review of Kazakhstan will be posted on
the UPR Extranet at the following link [username:  hrc extranet (with
space); password:1session]:  https://extranet.ohchr.org/sites/upr/Sessions/20session/Kazakhstan/Pages/default.aspx


The UPR Working Group is scheduled to adopt
the report of Kazakhstan at 16.30 on 4 November.  The
report will be shared with you on this day in advance.