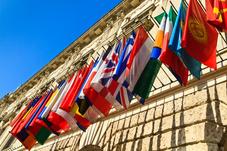 Freedom of expression remains under serious threat in the Central Asian region.
Our organizations would like to use this opportunity to draw attention to
concerns regarding restrictions on media pluralism, internet censorship, and
harassment of journalists and other critical voices in Kazakhstan, Tajikistan
and Turkmenistan, as well as to make recommendations to the governments of
these countries and the OSCE community at large.

Media pluralism in Kazakhstan took a serious blow when a number of
leading opposition media were banned by court for alleged “extremist”
propaganda in late 2012. Following this the crackdown on opposition newspapers
has continued with new apparently politically motivated court decisions. The Pravdivaya Gazeta was closed down in February
2014 for mistakes in the use of publishing information, while the Ashik
Alan was suspended
for three months last autumn for failing to inform authorities about staff
vacation and now is threatened by closure after being ordered to pay close to
8000 EUR for purported copy right violations. In April 2014, a court shut down
the Assandi Times for allegedly being linked to the
previously banned Respublika. In another
case seen as pressure on opposition media, police searched the Astana office of the online channel 16/12 in June 2014 and confiscated technical
equipment, saying it was part of a money laundering investigation. The recently
adopted Administrative Code, which is pending the president’s signature,
retains suspension/closure of media as sanctions for violations of a technical
nature.

The new media law that took effect in Tajikistan in March 2013 introduced strengthened
guarantees for the operating freedom of media outlets and journalists, but lacks effective enforcement mechanisms for
these provisions. The new law provides for complicated registration procedures
for especially print media, which are required to undergo dual registration,
and similarly to in Kazakhstan media outlets may be shut down for
administrative violations. For example, in February this year, the registration
of the weeklyKhafta
was annulled without warning because it had allegedly
published material that was not in line with the direction of its activities
set out in its statutes. The weekly had only issued one edition, which featured
an interview with a national poet who harshly criticized the authorities.

The first ever media law that entered into force in Turkmenistan in January 2013 safeguards freedom of
the media, prohibits censorship and sets out the objective of ensuring media
pluralism. However, in practice the media environment in the country remains fundamentally
repressive. Both print and broadcast media continue to be closely controlled by
the authorities, which interfere with and dictate editorial policies and use
media as means of ideological propaganda to promote a one-sided positive image
of the situation in the country. No new media outlets have been registered
since the new media law entered into force, and as previously there are no
independent media in the country. Access to foreign media is limited,
especially because of restrictions on the import of foreign newspapers and
internet censorship (see below).

In Kazakhstan, hundreds of internet resources have
been blocked by court because of alleged “extremist” or unlawful content in
proceedings conducted in a quick fashion behind closed doors. Leading
opposition news sites were banned as part of the December 2012 “extremist”
rulings (see above). Cases of blocking of websites without a court decision
also continue to be reported. In 2013-2014, such measures have affected, among
others, news sites such as the Kazakh service of Radio Free Europe/Radio
Liberty and the Uralskaya
Nedelya, and social
and online community sites such as Live Journal, Facebook and Avaaz. The news
portal guljan.org was blocked even after the expiration of a December 2012
court decision, which blocked it for three months for posting information about
unsanctioned peaceful protests, and has now stopped working.

In Tajikistan, websites are also periodically blocked
without a court decision. Such measures are believed to be implemented on the
basis of informal government orders to internet providers and particularly
affect independent local and foreign news sites and social media sites such as
Twitter, Facebook and Vkontakte, which have
been increasingly used as platforms for political discussion. For example, in
December 2013, the government’s communications service reportedly ordered providers to block access to over 100
internet resources, including several social networking sites. Most recently,
in June 2014, Youtube, Gmail and other Google powered services, as well as the
Toj News site became unavailable to the customers of most of the country’s
providers. As on earlier occasions, the government denied having anything to do
with this and blamed the providers. By now access to the sites has been
restored.

Internet penetration in Turkmenistan is the lowest in the Central Asian
region (less than 10% according to available statistics) due to prohibitive costs and the lack
of systematic efforts to promote internet access, in spite of promises made by
the current president. At the same time, internet traffic continues to be
controlled and censored. Foreign-based news sites reporting independently about
the situation in the country, the sites of exiled opposition groups and human
rights organizations (including the site of Turkmen Initiative for Human
Rights, TIHR), social networking sites, and online forums and messaging
applications such as WhatsApp and Wechat are among those that have been
arbitrarily blocked in the country. Proxy servers used to access sites that are
otherwise unavailable are also known to have been blocked.

Harassment of journalists and other
critics

In Kazakhstan, public officials and figures continue
to bring punitive defamation suits involving excessive claims for damages
against journalists and media. Recently there have also been a growing number
of cases where journalists and other outspoken individuals have been criminally
charged with defamation or “incitement of national, religious or social
discord.” In its 2013 monitoring, the Adil Soz free speech foundation documented 82 defamation suits against journalists
and media, where the requests for damages totaled 10 million EUR; 16 criminal
defamation cases; and four “incitement” cases. Among those currently facing
criminal defamation charges are Natalya Sadykova, an independent journalist who
fled the country in March after a case was opened against her over an article
she denies writing, and Valery Surganov, editor of www.insiderman.kz who is on trial for his coverage of a
court case on kidnapping and rape. The recently adopted Criminal Code, which
civil society has urged the president to veto, retains penalties
of up to three years in prison for defamation, as well as enhanced protection
against libel for the president and government officials. Threats and physical
attacks against journalists, which in most cases go unpunished, also remain of
serious concern in the country.

In Tajikistan, libel was de-criminalized in 2012, but
insulting the president and government officials is still subject to criminal
liability, which has a chilling impact on free expression. As in Kazakhstan,
there is a troubling practice of using defamation suits as a means of
retaliation against journalists and media by public officials and figures. In
most cases, courts satisfy such suits. For example, in April 2014, an appeal
court upheld the conviction against the independent Asia
Plus newspaper and
its editor Olga Tutubalina over an article about the country’s intelligentsia.
The National Association of Independent Media in Tajikistan (NANSMIT) documented nine civil and administrative cases and
one criminal case against journalists and media in 2013. Journalists and
bloggers addressing corruption and other sensitive issues also face threats,
arrests and attacks. In a recent case causing an international outcry, PhD student and blogger Alexander Sodiqov, a Tajik
citizen residing in Canada, was arrested in mid-June when conducting research
in the city of Khorog. He was held incommunicado for several days before the
authorities disclosed his whereabouts and said that a criminal case has been
opened against him. He is reportedly suspected of spying.

In Turkmenistan, the few local journalists who
contribute to independent foreign media, as well as members of civil society
who publicly speak up about the situation in the country remain highly
vulnerable to intimidation and harassment. Local correspondents for the
Prague-based Turkmen service of Radio Free Europe/Radio Liberty (Azatlyk) are regularly
detained, questioned and obstructed by police in other ways when carrying out
their work. Only in December 2013-January 2014, five such incidents were documented. Azatlykcontributor
Rovshen Yazmuhamedov was held for two weeks without explanation in May 2013
after publishing several articles that generated active discussion on the
service’s website. The website of TIHR, a major source of independent
information about developments in Turkmenistan, has repeatedly been the target
of hacker attacks believed to have been orchestrated by Turkmen security
services. Individuals suspected of contributing information to the organization
or otherwise perceived to be associated with it have also been subjected to
pressure. In a recent example, the brother of TIHR’s head Farid
Tuhbatullin was prevented from leaving Turkmenistan in April this year and told
that he and his 9-year-old son are on a list of people banned from travelling
abroad.

Recommendations to the
governments of Kazakhstan, Tajikistan and Turkmenistan:

Recommendations to the entire community
of OSCE participating States: