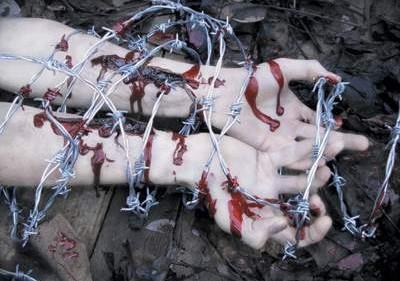 The
country’s parliament is debating a series of measures which critics say will
restrict fundamental rights and undermine the effectiveness of the justice
system.

In
addition to proposed amendments to the main Criminal Code, the new Criminal
Procedure Code will alter the way some cases are investigated, while the
Criminal Procedures Implementation Code will change the treatment of prison
inmates. Certain offences are being shifted from the Administrative Offences
Code to the Criminal Code, implying stiffer penalties.

Despite
numerous objections by rights organisations, all four legal codes passed their
initial reading in the Majilis, the lower house of the parliament, in January
and February, while the Criminal Code passed its second reading on April 9.

When the
Majilis finishes with the new bills, they will go to the Senate, the upper
house, for consideration before they go to President Nursultan Nazarbaev to be
signed into law. The government hopes to finalise the work on all the bills
before the summer recess so they can come into force by January 2015.

Some
controversial amendments – such as the retention of the death penalty for acts
of terrorism that result in loss of life – have caused particular alarm amongst
rights defenders.

Although
prosecutions for libel as a criminal offence rather than a civil matter have
long been criticised as a dangerous restriction of free speech, the proposed
Criminal Code will retain this provision.

Previously
administrative offences like running an unregistered religious organisations,
or taking part in a public gathering that has not been approved in advance by
the authorities, are reclassified as crimes.

Last
year, as the government submitted the bills to parliament, the United
States-based watchdog Human Rights Watch warned the Kazak authorities that the
proposed legislation did not comply with international standards.

The
government has played down such criticism, preferring to focus on positive
aspects of the new laws.

Presenting
the changes to parliament at the end of last year, Deputy Prosecutor General
Johann Merkel highlighted elements that he said would reduce the burden on the
prison system.

These
included wider use of alternative punishments such as fines, reclassifying a
number of serious crimes as lesser offences, and making it easier for
vulnerable people including pregnant women and minors to qualify for early
release.

At an
OSCE-supported two-day roundtable discussion on the legal reforms last month,
Alik Shpekbaev, the head of the law enforcement department in the presidential
administration, said the changes would enable Kazakstan “to modernise its
approach to law enforcement approaches and bring legislation into line with
international standards and practices”.

At the
same meeting, Natalia Zarudna, the head of the OSCE centre in Astana, urged the
government to take a “human-rights-oriented approach” in shaping criminal
justice reforms, and to engage legal professionals and civil society in an open
debate about the planned changes.

Yevgeny
Zhovtis, a leading rights activist and founder of the Kazakstan Bureau for
Human Rights and Rule of Law, told IWPR that the authorities were citing the
threat of “extremism” to toughen provisions on civil society groups and
religious activities.

Zhovtis,
who was involved in drafting the existing criminal code back in 1998, said,
“There are even provisions envisaging criminal responsibility for ‘provoking’
labour conflicts, which threaten to put an end to the work of independent trade
unions and workers’ organisations. There are provisions envisaging the use of
the death penalty even though there is an unlimited moratorium on capital
punishment decreed by the president of Kazakstan.”

Zhovtis
said that, driven by fear of the “Arab Spring” uprisings and more recently
events in Ukraine, the Kazak government was “going
down the path of restricting freedom of assembly that is typical of
dictatorships and authoritarian regimes”.

Amangeldy
Shormanbaev, an expert with the International Legal Initiative, says that under
the proposed Criminal Code, both participants in an “unauthorised” gathering
and the owners of premises where it was held would be liable to prosecution.
Speaking at a January round table to discuss the bills, Shormanbaev said that
taking part in such a meeting and disobeying police could result in a prison
sentence of up to two months, whereas previously it was up to 15 days as an
administrative event.

Under
the new criminal code, a police report will automatically trigger a criminal
case involving a full-scale investigation, replacing the current practice of
pre-trial inquiries where evidence is collected in order to determine whether
prosecution is desirable.

Officials
argue that this simplifies pre-trial criminal procedures and makes them more
effective. But experts warn that abolishing the inquiry period will harm the
rights of suspects, who would become the subject of a full-scale criminal case
but still unable to hire a lawyer until they were formally charged.

Another
provision means that leaders of NGO and religious organisations who fail to
register their groups could face a jail term of up to six years.

This
measure was singled out for criticism by United Nations Special Rapporteur,
Heiner Bielefeldt, who used a recent trip to the country to call on the Kazak
government to halt mandatory registration requirements for faith groups.

The
continued existence of libel as a criminal offence has alarmed free speech
campaigners. In February, a coalition of media NGOs calling themselves Article
20 published an appeal to Kazakstan’s lawmakers urging them to drop this
provision from the Criminal Code. (See also Internet Censorship Worsens in
Kazakstan.) The media development group Internews-Kazakstan organised a meeting
between industry experts and Majilis deputies as part of a campaign against the
law.

“Any criticism is considered libel. Even an
article written to professional standards where a journalist presents opposing
views could, if need be, interpreted as one-sided, when someone who dislikes it
perceives it to be insulting,” Elshibaeva said.

Galymjan
Khasenov, head of the prison service’s press department, told IWPR that he
supported libel remaining on the books as a criminal offence as a deterrent to
journalists who “present one-sided information without checking” and are “too
lazy” to get an official reaction.

The
draft Criminal Procedures Implementation Code includes changes to the rules
that would cut visits by friends and family members and abolish prison parcels.

The
authorities argue that this is needed to cut the high volume of contraband
getting into prison. Khasenov said the monthly amount of money that convicts
were allowed to spend in prison shops would be increased, and pregnant and
breastfeeding women would still be allowed packages from home.

Regarding
prison visits, Khasenov said they were in line with international standards,
adding that in lower-security institutions the duration of family overnight
visits would remain the same, whereas shorter visits would be extended up to
six hours.

Zhovtis,
who submitted his own assessment of the Penal Code to the parliamentary working
group dealing with the bill, said he welcomed some of its positive aspects. He
pointed to the introduction of a “National Preventive Mechanism” that would see
prisons opened up to inspection by independent public commissions to prevent
torture and the ill-treatment of inmates. This mechanism is set out in the
optional protocol to the international Convention against Torture and Other
Cruel, Inhuman or Degrading Treatment or Punishment,

But
other than that, Zhovtis said, the bill was based on outdated concepts of
“restoring justice and correcting prisoners”, rather than the modern system of
“maintaining the physical and psychological wellbeing of inmates with a focus
on developing skills to help social rehabilitation”.