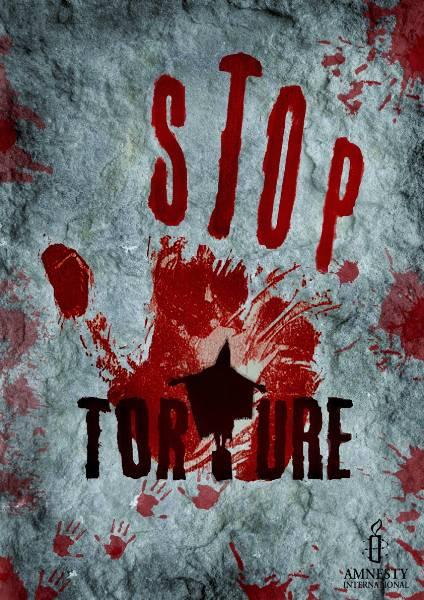 Brussels,
14 April 2014. At the OSCE Supplementary Human Dimension Meeting (SDHM) on
Prevention of Torture held in Vienna, Austria, on 10 and 11 April, the NGO
Coalitions against Torture in Kazakhstan, Kyrgyzstan and Tajikistan and their
project partners, the Polish Helsinki Foundation for Human Rights and the NGO
International Partnership for Human Rights, called on OSCE member states to
make eradication of torture a priority concern.

In three
statements to this meeting, the Central Asian NGO Coalitions summarized their
main concerns and recommendations on how to tackle the persistent nature of
torture in their countries. They made recommendations to improve independent
monitoring of detention facilities, in particular by recently established
National Preventive Mechanisms in Kazakhstan and Kyrgyzstan and they formulated
a number of recommendations to OSCE institutions and member states aimed at
eradicating torture.

Juan E.
Méndez, the UN Special Rapporteur on Torture, who addressed participants of the
SDHM as keynote speaker, stated that in his view no further standards setting
is needed to eradicate torture. Instead, the main emphasis should now be on
implementing existing standards.

The NGO
Coalitions against Torture in Kazakhstan, Kyrgyzstan and Tajikistan also urged
their governments to focus on implementing their treaty obligations and
recommendations by UN human rights mechanisms and procedures. In particular,
they urged their governments to provide for the main safeguards of detainees
against torture, such as immediate access to a lawyer, routine medical examinations,
and access to a judge within 48 hours after the moment of detention to inquire
about the detainee’s treatment in custody.

Mark
Thompson, the Secretary General of the NGO Association for the Prevention of
Torture (APT), highlighted that since the last SHDM in 2003, the greatest
progress with regard to torture prevention in the OSCE region has been the
coming into force of the Optional Protocol to the Convention against Torture
and the establishment of National Preventive Mechanisms (NPM). Currently, 39
out of 57 OSCE states are parties to the Optional Protocol and 36 NPMs have
been established. The Special Rapporteur on Torture reported that the
government of Tajikistan had recently pledged to establish an NPM in the near
future.

However,
as Voislav Stojanovski of the NGO Helsinki Committee for Human Rights of the
Republic of Macedonia, pointed out, many NPMs face challenges to their
independence and some NPMs do not reflect the requirements under the Optional
Protocol, but are rather masks that obscure these deficiencies.

The NGO
Coalitions against Torture in Kazakhstan, Kyrgyzstan and Tajikistan stressed
that special problems arise when NPMs are set up within an Ombudsman’s
institution before such institutions become truly independent, as per the Paris
Principles (“Ombudsman+“).

The NGO
Coalitions called on the authorities of Kazakhstan to ensure that the NPM in
Kazakhstan is provided with full independence of the executive branch of power,
including that it is financially autonomous. They urged the authorities of
Kyrgyzstan to provide the NPM of that country with the necessary financial,
human and material resources to fulfil its mandate independently and
effectively.

Malcolm
Evans, the Chairman of the UN Subcommittee on Prevention of Torture (SPT),
proposed that the OSCE could provide a platform for the NPM, the authorities
and the SPT to bring about implementation of the SPT’s recommendations to
Kyrgyzstan. The authorities recently gave permission for the report the SPT had
written following its visit to Kyrgyzstan in 2013 to be made public.