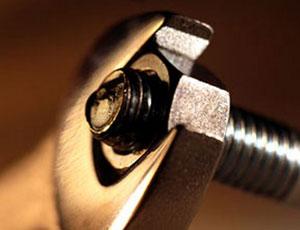 Newspapers that carry criticism of Kazakstan’s government are being squeezed out of existence, media activists in the Central Asian state claim.

The campaign is being conducted by indirect means, through fines and restrictions imposed for minor infractions of publishing regulations. Analysts say the authorities are trying to prevent the independent media from recovering from a series of closures.

Two independent newspapers, Pravdivaya Gazeta and Ashyk Alang/Tribuna, and the Communist Party paper Pravda Kazakstana have been temporarily closed on several occasions over the last year.

Between fines and suspension orders, Pravdivaya Gazeta managed to publish only a few issues last year.

In the most recent incident, it was barred from publishing for three months and fined 560 US dollars on December 28. It was accused of carrying unclear information on its masthead, and of printing an issue two days earlier than scheduled.

Pravdivaya Gazeta was in trouble from the moment it launched in April 2013, when it was fined for not coming out regularly.

“It was the very first issue, so there couldn’t have been any interruption in its regularity. But the fine was imposed nevertheless,” she said.

The Washington-based watchdog group Freedom House sees the latest suspension as “unacceptable interference in freedom of the press”.

“The latest suspension of Pravdivaya Gazeta continues a clear pattern of harassment of independent media in Kazakstan, whereby insignificant issues with printing regulations – such as printing fewer copies than specified in a newspaper’s registration or printing issues on a slightly different schedule – are used as an excuse to suspend and harass media that the government dislikes,” Freedom House said in a January 8 statement which noted that other papers had suffered “interference under similar pretexts”.

The bilingual (Kazak and Russian) newspaper Ashyk Alang/Tribuna was another new arrival that swiftly ran into trouble.

In September, within three months of setting up, the paper was barred from publishing for a three-month period and fined over 1,000 dollars. On this occasion, the offence was not publishing enough – specifically, failure to inform the authorities that the paper was taking a break over the August holiday month.

Staff reporter Inga Imanbay said that since an early appeal had failed, the editors decided not to contest the decision.

“Court rulings against the opposition press are politically motivated,” she said.

At the outset, Ashyk Alang/Tribuna’s founders took the precaution of registering a second title with the similar-sounding name Sayasat Alangy. Since September, they have published this newspaper instead.

“In Kazakstan, where there is harsh pressure on the media, and the authorities can shut down independent outlets under various pretexts, opposition newspapers need to have a plan B,” Imanbay explained.

Pravda Kazakstana, the weekly outlet of the Communist Party, in opposition since the country became independent in 1991, has been subjected to a similar pattern of repeat suspensions and fines in the last year.

Taukina said that because of financial troubles in early 2013, Pravda Kazakstana went from four to two issues a month. This led to a court order for temporary suspension.

When the suspension period ended, Pravda Kazakstana went back to weekly publication, but a couple of months later, it was fined and again suspended, this time on the grounds that the registration number given in its masthead was out of date.

Taukina said the practice of punishing newspapers for cutting their publishing schedule was new. Press outlets often had to downsize when money is tight, yet this never used to be regarded as a legal infraction.

The real motive, Taukina suspects, is that these newspapers carried reports that the Kazak authorities objected to.

Pravdivaya Gazeta’s first-ever issue carried extracts from a book written by opposition politician Zamanbek Nurkadilov, who was shot dead in 2005. Pravda Kazakstana, meanwhile, covered a story about exiled opposition leader Mukhtar Ablyazov’s wife and a daughter being deported from to Kazakstan last summer.

Ashyk Alang and Pravdivayay Gazeta emerged last year to fill a vacuum left after a crackdown on established opposition media.

In December court in Almaty banned eight newspapers and 23 websites affiliated to the Respublika newspaper along with the K+ satellite TV channel, Stan TV and the Vzglyad newspaper, on the grounds that they articulated extremist views.

Respublika and some other outlets were linked to Ablyazov, a former banker and now a staunch critic of President Nursultan Nazarbaev. They also came under pressure because they were the only media outlet in Kazakstan that provided consistent coverage of months of oil-industry strikes in 2011, and their violent culmination in December that year, when police fired into crowds of protesters in the western town of , leaving 16 dead.

Igor Kolov, head of the Public Committee for Human Rights, sees Pravdivaya Gazeta and others as just the latest victims of a campaign to purge critical voices that has been going for several years. Only the methods have changed – procedural infractions are less liable to alarm the international community than criminal charges.

“These newspapers give objective information without embellishing it, and without praising the non-existent achievements of the government,” Kolov said. “Critical media are automatically labelled as ‘opposition’.”

He added, “If the authorities see Ablyazov’s presence behind every independent newspaper, [he] must be doing well.”

Another factor, Kolov said, is that the government dislikes media outlets that are financially and hence politically independent, in contrast to state media and also many private outlets that get funding through state contracts.

The authorities will also be aware of the readership for independent press.

“In villages, I’ve seen for myself how people pass these newspapers around and vigorously discuss and comment on the personalities and events they cover,” Kolov said.

Andrei Grishin of the Kazakstan Bureau for Human Rights and Rule of Law agreed that some newspapers, at least, were popular enough to become commercially viable.

“The newspaper Tribuna [Russian version of Ashyk Alang] has become well known and has reached circulation levels that could allow it to fund itself,” he said.

Political analyst Zamir Karajanov pointed to another factor that made the prospects for the independent media sector look even gloomier. The next presidential election is scheduled for 2016, and everyone is asking whether at 73, President Nazarbaev might decide not to run again. A managed succession is likely to involve hands-on management of the media story, and independent newspapers would hardly fit with that plan.

“Given the prospect of a leadership change, Kazakstan is entering uneasy times, and the media will play an important role in this process,” Karajanov said. “Past experience in Kazakstan shows that the natural course affairs is to tighten the screws on the media.”