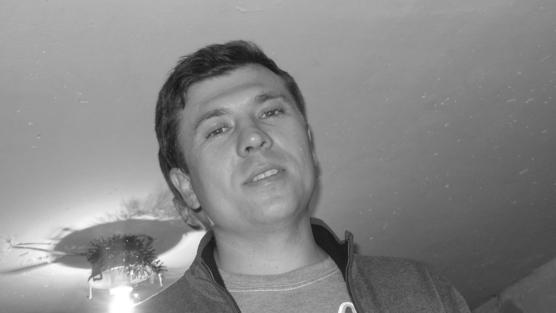 ’s high court (Audiencia Nacional) on November 8 approved the extradition request for Aleksandr Pavlov, 37, the former head of security for the Kazakhstani opposition figure Mukhtar Ablyazov, who fled the Central Asian country in 2009.

“’s record of torture and ill-treatment has been well documented. Aleksandr Pavlov is at real risk of such abuse if he is sent back there. has an absolute obligation under international law to stop this from happening,” said Julia Hall, Amnesty International’s expert on counter-terrorism and human rights.

“If extradites Aleksandr Pavlov, it will be in the full knowledge that he is likely to come to harm. Anything that happens to him in will be the result of their actions.”

The final decision over Aleksandr Pavlov’s extradition will now go to the Spanish Council of Ministers, which has the power to disregard the court’s position.

“The Spanish government should not transfer Aleksandr Pavlov to , even if the Kazakhstani government provides diplomatic assurances that Pavlov will not be tortured, otherwise ill-treated or given an unfair trial on return. The Kazakhstani authorities’ track record shows that such pledges are hollow,” said Julia Hall.

Pavlov was arrested in in December 2012 after his name was placed on Interpol’s wanted list at the request of Kazakhstani authorities. then requested his extradition. The extradition was initially authorized by the Second Criminal Section at the Audiencia Nacional on 23 July, and was confirmed by the court’s plenary today.

In , Aleksandr Pavlov was charged with “expropriation or embezzlement of trusted property” and “plotting a terrorist attack”. He and his lawyer claim these accusations are fabricated.

Amnesty International has monitored a number of cases against Kazakhstani political and civil society activists in which criminal prosecution was linked to their dissenting views and their links to Mukhtar Ablyazov. These cases have been marred by fair trial violations, and it is widely believed that political influence has played a role in reaching final judgments resulting in convictions.

Mukhtar Ablyazov, Pavlov’s former employer, fled in 2009 and was recognized as a refugee in the in 2011. He is currently detained in awaiting a decision on his own extradition to or . If sent to either country, he would be in danger of onward transfer to , where he, too, would be at risk of torture and other ill-treatment.

On 31 May 2013, Mukhtar Ablyazov’s wife and daughter were illegally expelled from and forcibly transferred to in violation of Italian and international law.

Tatiana Paraskevich, another associate of Mukhtar Ablyazov, is detained in the and is also in imminent danger of extradition to or – where she would be at risk of onward transfer to and serious human rights violations.

Torture and ill-treatment are routine interrogation methods in and are also used to discipline convicted prisoners.

Under international law, all states are under an absolute obligation not to return anyone to a country where he or she would be at real risk of persecution or other serious human rights violations or abuses.