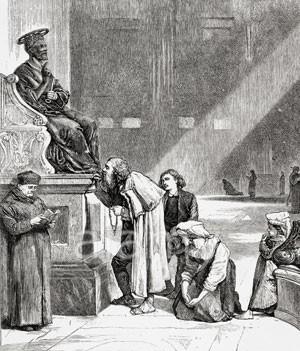 Proposed legislation on non-government organisations in Kazakstan is likely to perpetuate state funding for handpicked groups rather than do anything to strengthen civil society, critics of the bill say.

In recent years, the government of President Nursultan Nazarbaev has provided increasing levels of funding for NGOs, in part to reduce their reliance on foreign donors. A 2005 law allowed NGOs to bid for publicly funded contracts. Critics of the scheme predicted a loss of independence and a proliferation of what are known here as “government-organised non-government organisations” or “GONGOs”.

According to official figures, there are more than 27,000 NGOs in Kazakstan.

Since then, there have been continued calls for more legislation to provide corporate tax exemption for NGOs and grants that would allow organisations to decide themselves what projects need to be implemented.

Unveiled by the government in May, the long-awaited bill is currently in the final stages of public consultation and is expected to be submitted to Kazakstan’s parliament by the end of the year.

Speaking at an event in the capital Astana, the deputy minister for culture and information Arman Kyrykbaev said the bill was designed to “improve cooperation” with NGOs through state funding.

However, civil society leaders say the legislation demonstrates the same old approach to the sector and could further disadvantage groups critical of the Nazarbaev regime or engaged in controversial issues like human rights or democracy-building.

Until now, all NGOs have been able to apply for government contracts, although in practice only those seen as loyal to the regime would win tenders.

The new legislation would mean the government would draw up a list of NGOs that it deemed eligible to apply, and choose 15 that in its view are doing particularly useful. This group of 15 will get special grants to use however they wish, rather than for a specific particular activity.

Natalya Yantsen, director of the Foundation for Building a Culture of Taxation, said the proposed legislation would actually damage civil society.

“It doesn’t offer anything positive for the NGO sector, and it introduces restrictions like setting out a list [of approved groups],” she said.

She said that if an NGO did not make it through a multi-stage procedure involving various levels of approval – at local level, by a qualifying committee and then by the government – it would be excluded from public tenders.

“Don’t those that deliver quality work and good activities, but haven’t won a government contract, deserve to be supported by the government?” Yantsen asked.

She added that the number of annual awards offered was in any case insufficient to bring about improvements in the NGO sector.

The issue of tax exemption is not addressed in the bill. Yantsen pointed out that groups which received state funding would still have to give back 20 per cent in corporate income tax.

Sergei Khudyakov from the Institute for the Development of Local Self-Government in the northern city of spoke of his disappointment to IWPR.

“We proposed introducing a mechanism for long-term government support for institution-building, but we have been offered a system of state awards,” he said.

In Khudyakov’s view, there is nothing in the legislation that will strengthen civil society groups.

State funding for NGOs has risen in recent years, and some activists acknowledge that it has had some positive effects, particularly for local NGOs far away from the capital Astana and second city Almaty, where majority of donors are based.

Viktor Ten, who heads one such local group, the Taldykurgan Human Rights Centre in Almaty province, is nevertheless nconcerned about the reference to “socially beneficial” NGOs, which he fears will rule out groups like his.

“As human rights organisations, we could be deemed to be not socially beneficial and denied access to state funding on that basis,” Ten said, adding that this approach would widen divisions in the NGO sector.

“This bill could mean we end up with an official split within the non-commercial sector, between those who receive government support and those who are denied it,” Ten said. “The bill does not make sense to me.”