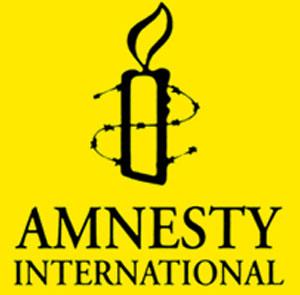 Aleksandr Pavlov, 37, is detained in the Spanish capital, . The Spanish authorities are considering extraditing him to . Amnesty International believes that he must not be extradited or transferred to , as there he would be at a real risk of torture or other ill-treatment, and unfair trial, due to his links with the Kazakhstani opposition leader Mukhtar Ablyazov.

Aleksandr Pavlov, a 37-year-old asylum-seeker in and citizen of , is facing extradition proceedings following an extradition request from . A request for his extradition to was reviewed and authorised by the Second Criminal Section (Sección 2ª de la Sala de lo Penal) at the Audiencia Nacional on 23 July. If returned to , Aleksandr Pavlov would be at risk of torture or other ill-treatment and unfair trial. Aleksandr Pavlov is appealing the decision to extradite him to , but Amnesty International fears that he may be transferred to in spite of the appeals process.

Amnesty International believes that the Kazakhstani extradition request is connected to Aleksandr Pavlov’s links with the Kazakhstani opposition figure Mukhtar Ablyazov, who fled in 2009 and was recognized as a refugee in the in 2011. Aleksandr Pavlov served as Mukhtar Ablyazov’s head of security for a number of years. There have been a number of cases against Kazakhstani political and civil society actors in which criminal prosecution in has been linked to their connection with Mukhtar Ablyazov and his dissenting views. Reports of torture and other ill-treatment of detainees and prisoners continue in , despite repeated government claims that it is successfully addressing the problem.

Under international law, is under an absolute obligation not to return anyone to a country where he or she would be at real risk of persecution or other serious human rights violations or abuses. The Spanish authorities must therefore refrain from extraditing or otherwise transferring Aleksandr Pavlov to , which would constitute a violation of ’s international human rights obligations.

Please write immediately, in Spanish, English or your own language:

calling on the authorities to protect Aleksandr Pavlov from return to , where he would be at risk of serious human rights violations. He should not be transferred to Kazakhstani authorities, even if the Kazakhstani government provides diplomatic assurances that Pavlov will not be tortured, otherwise ill-treated or given an unfair trial on return.

asking that they clarify the measures they are taking to ensure that adheres to its human rights obligation not to return anyone to another country where they would be at real risk of torture or other ill-treatment.

PLEASE SEND APPEALS BEFORE 5 SEPTEMBER 2013 TO:

There have been a number of cases against Kazakhstani political and civil society activists in which criminal prosecution was linked to their dissenting views and their links with Mukhtar Ablyazov. These cases have been marked by violations of the principles of fair trial, and it is widely believed that final judgments resulting in convictions of these persons have been subject to political influence. On 31 May 2013, Mukhtar Ablyazov’s wife and daughter were illegally expelled from and forcibly transferred to in violation of Italian and international law.

http://www.amnesty.org/en/library/info/EUR57/001/2013/en. Amnesty International’s recent report Return to torture: Extradition, forcible returns and removals to Central Asia (Index: EUR 04/001/2013) highlights the risk of torture and other ill-treatment of certain groups, including political dissidents and those associated with them, on return to . The report is available at http://www.amnesty.org/en/library/info/EUR57/001/2013/en.