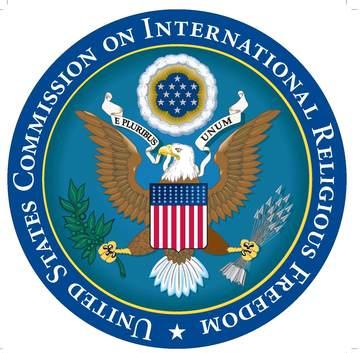 Although the Kazakh government promotes religious tolerance at the international level, its restrictive 2011 religion law bans unregistered religious activity and has been enforced through police raids, detentions, and major fines. The law’s onerous registration requirements have led to a sharp drop in the number of registered religious groups, both Muslim and Protestant.

was viewed as one of the most liberal countries in post-Soviet in regard to religious freedom. In the past five years, conditions have deteriorated due to a 2011 religion law, passed despite a 2009 Constitutional Council ruling that a similar law violated the constitution. The law was strongly criticized by the Organization for Security and Cooperation in Europe which chaired in 2010.

Other Legal Restrictions: The amended Law on the Rights of the Child also limits their religious activity. The administrative code provides for 3-month suspension of groups that hold illegal meetings, disseminate unregistered religious materials, or build worship houses without permits. A suspended group is banned from media contacts, meetings, and financial transactions. If a religious organization engages in illegal activities or fails to correct violations that led to its suspension, the organization is banned. The Administrative Code also sets massive fines for religion law violations. New criminal penalties restricting religious freedom are included in the draft Criminal Code released in early 2013 which parliament will likely adopt in late 2013.

closure of some religious groups in rulings deemed arbitrary by observers. As of late 2012, only those Muslim communities affiliated with the state-backed Muslim Board were registered. Shia Muslim communities were denied legal status, as were all Ahmadi Muslims and mosques whose attendees mainly are of one ethnic minority.

Police Raids, Fines, and other Penalties for Religious Activity: Kazakh human rights activist Vadim Kuramshin was arrested in late 2012 after he criticized the Kazakh record on torture at an OSCE meeting and received a 12-year jail term. Before the re-registration deadline, raids continued on registered religious groups and on unregistered Baptist Council of Churches. Two members were found guilty of unregistered religious activity. Since August 2012, four Jehovah’s Witnesses, two Muslims, and a Protestant were tried for “illegal missionary activity” and fined. At least three others were awaiting prosecution in early 2013.

Extremism Law Issues: ’s 2005 extremism law, which applies to religious and other organizations, gives the state wide latitude in designating a group as an extremist organization, banning its activities, and criminalizing membership in a banned organization. The amended Civil Procedural Code has vague legal criteria to bring suit against a group for extremism. In 2011, an Almaty court found nine members of a Sufi group guilty of religious extremism, unlawful restraint, and causing damage to health by practicing “faith healing.” The group’s leader received a 14-year prison sentence, one member received a 12-year sentence, and seven others received sentences ranging from two to nine years, the State Department reported.

Official Intolerance of Disfavored Groups: The 2011 religion law declares all religious communities equal under the law, but its preamble “recognizes the historical role of Hanafi Islam and Orthodox Christianity.” While lacking legal status, the preamble signals that some religions officially are viewed as more equal than others. The government also supports “anti-sect centers” that promote intolerance against certain religious communities.

Increased Government Control of Muslims: The Muslim Board is closely tied to the Kazakh government and influences mosque construction, exams and background checks for aspiring imams, and coordinating hajj travel. It reportedly pressures nonaligned imams and congregations to join or face the closure of their mosques. Reportedly, all mosques that join the Muslim Board must transfer one third of their income to it. Official surveillance of all religious communities continued. By 2012, increased official surveillance of observant Muslims had fueled popular resentment and official discrimination in ’s western regions.

Treatment of Asylum Seekers: In June 2012, the UN Committee Against Torture (CAT) ruled that had violated its commitments under the Convention against Torture by returning 29 Muslim asylum seekers in 2011 to where they likely would face torture. The men were detained when they arrived back and some received prison terms of over ten years. Uzbek Protestant pastor Makset Djabbarbergenov, however, was released from prison in Almaty in December 2012 and he and his family left for asylum in .

Restrictions on Religious Materials: The new religion law’s censorship regulations for religious literature went into effect in 2012. By May, only 182 Muslim religious texts had passed the required official examination. It is unknown how many religious texts await review or how many had been banned. The numbers of bookshops allowed to sell religious material is restricted and only Hanafi Sunni Muslim texts can be sold. By 2013, Kazakh local authorities and police were strictly enforcing the expanded censorship regulations through raids and fines.

In order to promote freedom of religion or belief in , the government should:

Press the Kazakh government to allow unregistered religious groups to operate freely until amendments to the 2011 Religion Law’s registration process make it voluntary;

Urge the Kazakh government to cease police raids of religious meetings, and the issuance of fines, property confiscation, detentions and imprisonment of members and religious leaders;

Encourage President Nazarbaev to speak publicly about respect for religious freedom for all Kazakhstanis and to include minority religious communities in the Congress of World and Traditional Religions held biannually in the capital Astana;

Encourage public scrutiny of Kazakhstan’s record on religious freedom and related human rights in appropriate international fora, such as the UN, OSCE and other multilateral venues, especially in cases of prosecution of Kazakh citizens for comments at such fora;

Urge the Kazakh government to agree to visits by UN Special Rapporteurs on Freedom of Religion or Belief, the of the Judiciary, and Torture, set specific visit dates, and provide the full and necessary conditions for such a visit.

Ensure that the U.S. Embassy in Kazakhstan maintains active contacts with Kazakh human rights activists and press the Kazakh government to adopt policies to ensure that every prisoner has greater access to his or her family, human rights monitors, adequate medical care, and a lawyer, as specified in international human rights instruments;

Specify freedom of religion as a grants category and area of activity in the Democracy and Conflict Mitigation program of the U.S. Agency for International Development and the Democracy Commission Small Grants program administered by the U.S. Embassy, and encourage the publicly-funded National Endowment for Democracy to make grants for civil society programs on tolerance and freedom of religion or belief; and

Increase radio, Internet, and broadcasting, particularly in the Kazakh language, of objective news and information on relevant issues, including specific religious freedom concerns in the country and explaining why religious freedom is an important element of foreign policy.