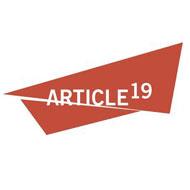 ARTICLE 19 is deeply concerned about the ongoing crackdown on freedom of expression in following a 3-day visit to the city of . The authorities in continue to intimidate journalists, bloggers and civil society; and are pressing to silence media voices that are critical of the government. ARTICLE 19’s visit coincided with the one-year anniversary of the Zhanaozen oil worker strikes, which led to violent clashes in which 14 people were killed. One year on, the Kazakh authorities are maintaining a climate of fear, in which any critical discussion of matters in the public interest is met with repression.

ARTICLE 19 renews it calls for the immediately release of those detained for criticising the government and for discussing the Zhanaozen strikes.

“The situation for freedom of expression in has significantly deteriorated in the last year. The authorities seem determined to use all means available to them to silence any opposition voices whatsoever” said Agnes Callamard, Executive Director of ARTICLE 19.

“It is enormously disappointing that has been elected to the United Nations Human Rights Council given the current climate of repression in the country. This is an appointment that should be reserved for those states who respect their international human rights obligations, and it is clear to us that does not. The international community must push to honour those commitments” she added.

Whilst in the country, between 12 and 15 December 2012, ARTICLE 19 attended the on-going trials against the Respublika and Vzglyad newspapers and their related internet resources. The civil proceedings seek the permanent closure of these media for alleged “extremist” publications for covering the strikes and ensuing violence in Zhanaozen.

In decisions on the 4 and 6 December 2012, courts in Almaty used these very same grounds to ban Stan.Tv (an internet news portal) and K+ (a satellite broadcast television service). Similar proceedings have been initiated against a range of newspapers, radio, television, and internet resources.

Murat Tungishbayev, a local blogger, had attended two of the court hearings against Respublika in order to film and photograph the proceedings for his blog. Following the court hearing on 13 December, Tungishbayev was followed by an unknown man who attempted to restrain him. Whilst refusing to identify himself, he demanded to know Tungishbayev’s identity and why he had been filming the proceedings, suggesting that they have “a talk”. The man left abruptly when interrupted by ARTICLE 19 and other trial monitors leaving the same Court hearing. Such unidentified persons are widely understood to be associated with the National Security Committee (KNB). Two days later, Tungishbayev told ARTICLE 19 he had been harassed by the national security services, including being visited at his home by unidentified individuals.

Acts of intimidation are not limited to the media and bloggers in . At a round-table discussion during the visit hosted by ARTICLE 19 and Adil Soz, a local NGO,  an unidentified man, also presumed to have connections with the KNB, entered the room to film the discussion and refused to identify himself. Local activists and journalists informed ARTICLE 19 that such incidents are common in : “When we hold events the authorities do not show up as participants, but they are present. Rather than engage in a dialogue on difficult topics, they are happy to record our discussions, simply to let us know that they are there and that whatever we say could one day be held against us”.  When confronted and asked for identification, the man claimed that he was there “for no reason” and left.

The ARTICLE 19 and Adil Soz round-table discussion centred on criminal prohibitions on “incitement to social hatred” in Kazakhstan, and their recent use to stifle critical discussion of the government and, in particular, the oil-worker strikes and ensuing violence in Zhanaozen. Participants agreed that concerted efforts are required to ensure that these provisions are brought into compliance with international human rights standards.

Following its visit, ARTICLE 19 urges the Kazakh authorities to:

•Immediately release  those detained for criticising the government and for discussing the strikes and ensuing violence at Zhanaozen, including Vladimir Kozlov and Roza Tuletayeva

•Immediately cease intimidating and threatening those who exercise their fundamental right to freedom of expression.

The international community must:

•Take decisive measures to ensure compliance by with its international obligations.