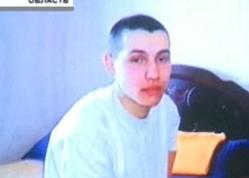 Border Guard Vladislav Chelakh has been found guilty of murdering 15 people and sentenced to life in prison, Novosti-Kazakhstan reports.

“To be found guilty, given the lack of extenuating circumstances, to administer punishment in the form of a life sentence in a high security penal colony,” said Judge Erbol Akhmetjanov of the specialized inter-district military criminal court.

The remains of 14 bodies of people who are expected to be border guards and the body of a local hunter were found on 31 May 2012 at the temporary border post Arkankergen (Mountain). President of Kazakhstan Nursultan Nazarbayev called the event an act of terrorism and one day’s mourning was announced in the country. The only surviving border guard was detained on 5 June – a 19 year old conscript soldier Vladislav Chelakh. Later, the General Prosecutor of published Chelakh’s confession to murdering his comrades, but the video seemed dubious to human rights activists, experts and journalists, who demanded an objective investigation and an open court. On the video made by a hidden camera shown at court, Chelakh told his cell mates that the murder of 15 people was “hung” on him.

He soon withdrew his testimony, saying that he was put under pressure and that he was falsely led into signing a document on studying the case materials. Chelakh’s case was taken to court on 31 October 2012. RIA Novosti reports that on 5 December Chelakh said that he did not murder his comrades and the hunter, had good relations with his comrades and that there were “no differences” between them..

Chelakh declined to have the last word and to participate in the judicial pleadings. On 7 December the state prosecutor Alexander Kiriak asked the court to find the border guard guilty of murdering 15 people on the border post Arkankergen and to give him a life sentence.