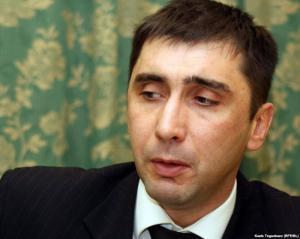 On 20 November 2012, the court of the town of will start its preliminary hearings in the case against human rights defender Mr Vadim Kuramshin, following his arrest on 31 October 2012.

Vadim Kuramshin is a well-known lawyer and defender of the rights of prisoners in .

Vadim Kuramshin was arrested on 31 October in the city of , northern , when a police squad burst into his house and arrested him without presenting any warrant. He was reportedly beaten during the arrest and while in detention in the detention facility in . Upon his placement, two unidentified cellmates were brought into his cell. They immediately started verbally harassing and threatening the defender. The prison guards reacted to the noise in the prison cell by threatening to place Vadim Kuramshin and the two unknown cellmates in the “sauna”, which usually implies a threat of sexual violence or rape. As a protest, Vadim Kuramshin cut his veins, but his life was not in danger. This was confirmed by Andrei Bessonov, Special Prosecutor for the inspection of penitentiary facilities of region. However, following these events, Vadim Kuramshin was placed in solitary confinement due to “violation of the conditions of detention”. On 3 November 2012, he was transported from to the detention facility in Taraz, where his solitary confinement was maintained.

Vadim Kuramshin is known in for defending prisoners’ rights and exposing footage of police brutality against prisoners. He was initially arrested on 23 January 2012, charged the next day, and put in pre-trial detention, during which time he maintained a week-long hunger strike to protest the case against him. He was later charged under Article 181 of the Criminal Code of the , which deals with extortion. On 28 August 2012, the defender was released after the jury dismissed the charges against him.

This new arrest was based on a decision by the Appeal Panel of the Court of Zhambul region on 31 October 2012 to cancel the earlier verdict of the jury that had refused to convict him. The Appeal Panel revoked the jury’s decision due to “significant procedural violations” during the earlier court sessions. Now the criminal charges against Vadim Kuramshin will be reconsidered by a different court and jury, this time in the town of . Preliminary hearings in his case are scheduled to start on 20 November 2012.