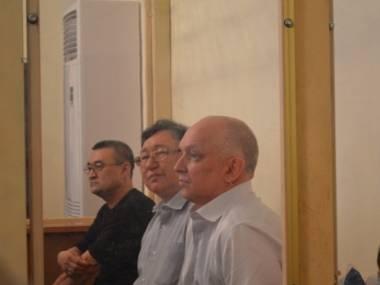 The leader of opposition party Alga! Vladimir Kozlov was declared guilty of inciting social upheaval, calls for violent overthrow and change of the constitutional order, as well as in creating an organised crime group. He has been sentenced for 7.5 years in jail and confiscation of property.

The prosecution asked for Kozlov’s jail term to be 9 years, and for 4 years for Sapargali and 5 for Aminov.

Forbes reports that all flats and cars of the Alga party will be confiscated in all the regions of , because they are registered in Kozlov’s name. The court also bound Kozlov, Aminov and Spargali to reimburse the money spent on expert examinations, amounting to more than a million tenge (over $6, 650).

In January this year, General Prosecutor Akshat Daulbayev said that one of the causes of the mass clashes at Zhanaozen were the activities of specific people who encouraged the dismissed workers to continue protesting and be violent towards the authorities. According to the General Prosecutor, having viewed the materials distributed during the Zhanaozen events, experts established that there was evidence of the incitement of social upheaval. The Committee of National Security therefore launched a criminal case, which led to the arrest of civil and opposition activists Vladimir Kozlov and Serik Sapargali. They were accused of inciting social upheaval, calls for overthrowing the established order and organising a criminal group.

The court process began on 16 August and went on in an open regime. In his closing statement, Akzhanat Aminov said that he is deeply repentant about what he did and has asked to be forgiven and not to be jailed. Sapargali said that he is not the one to blame, but the situation in the country is. Kozlov did not admit guilt and talked about the clear politicization of the process and desire to condemn him for a crime he did not commit.