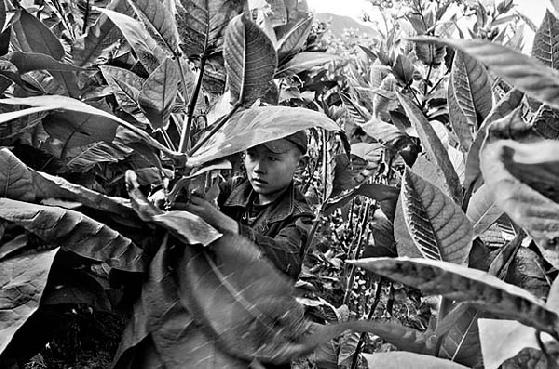 A new law which complicates the process for labourers to acquire work permits in Kazakhstan risks reversing recent gains made by the Central Asian country in its fight against slavery, a United Nations human rights expert warned today.

“I spoke to employers and Government officials who are frustrated by the complicated process to obtain a work permit,” the Special Rapporteur on contemporary forms of slavery, Gulnara Shahinian, said in a news release, following her eight-day visit to the country.

The Government of Kazakhstan has been fighting slavery since 2009 when instances of forced and bonded labour were found in the country’s tobacco plantations.

However, Ms. Shahinian acknowledged that recently proposed revisions to the law complicating the work permit application process would ultimately dissuade employers and employees from pursuing a legal path to employment.

“Without long-term solutions such as an easier process for acquiring work permits and ensuring access to education and medical services for all – foreigners and Kazakhs as mentioned in the Kazakh constitution – the huge gains that have been made might be lost,” she stated, suggesting that any introduction of new laws or amendments “should be done after consulting with the sectors most affected by slavery, which should include relevant government bodies, civil society organizations, international organizations, and relevant private sector companies.”

In addition to the complications, the new revisions make it difficult for children of undocumented workers to attend school while also preventing their families from accessing basic medical treatment when needed.

Ms. Shahinian urged the Government to implement a range of anti-slavery measures, including establishing an easier process for acquiring work permits, creating a national awareness of slavery, providing training to government officials and civil society, and educating employers and workers about their rights and obligations. At the same time, she applauded the Government’s readiness to address the problems related to modern forms of slavery.

The expert’s findings will be presented at the Geneva-based UN Human Rights Council in September 2013. Independent experts, or special rapporteurs, are appointed by the Council to examine and report back, in an unpaid capacity, on specific human rights themes.