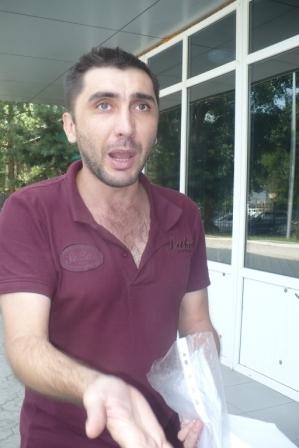 Lawyer and human rights defender Vadim Kuramshin, who had been facing the prospect of 14 years in prison, was today released after the jury dramatically and unexpectedly dismissed the charges against him.

Mr. Kuramshin was sentenced to 1-year limited freedom, but that was set aside for time already served in pre-trial detention. He had been facing up to 14 years in prison, which many in the human rights community had expected as a result. However, today’s ruling means Mr. Kuramshin is a free man and will be able to continue his work.

According to observers, the trial not only failed to meet international fair trial standards, but also violated Kazakh legal procedures. At numerous times throughout the defense presentation, the judge ordered the jury out of the court, thus preventing them from hearing direct testimony on behalf of Mr. Kuramshin.

Many additional questions have been raised not only about the court proceedings but numerous irregularities about the charges and the case itself. However, because a jury heard the case (in the Kazakh legal system, if the sentence is to be more than 10 years a jury may be convened), the handling of the jurors seemed to have played a factor in the decision. The verdict was originally expected last week, but was repeatedly delayed apparently due to failure to achieve agreement among the jurors.

Mr. Kuramshin is a well-known lawyer and human rights defender in . He was arrested on 23 January and charged the next day. He was put in pre-trial detention, during which time he maintained a week-long hunger strike to protest the case against him. He was charged under article 181, which concerns extortion.

Speaking to Front Line Defenders following his release from court, Mr. Kuramshin expressed his joy and thanks for the support. Mr. Kuramshin’s lawyer Mr. Iskander Alimbayev added, “It is a miracle. We did not expect this result.”

Front Line Defenders welcomes the result in the trial of Mr. Kuramshin. It would seem that the system of allowing a jury to review evidence in such cases works effectively, and could be utilized in other cases.

Ms. Roza Tuletaeva, who was convicted by a court earlier this year, despite credible allegations of torture and other unfair trial procedures, was not afforded the opportunity for a jury to hear her case, as the sentence mandated by the charges was less than 10 years.