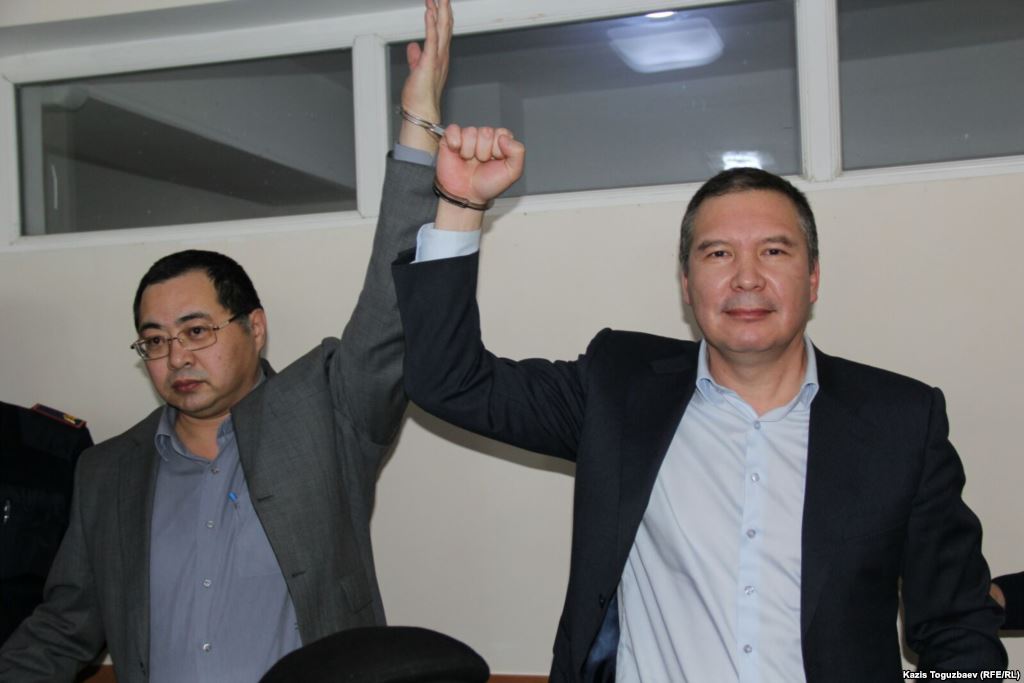 On 30 March, a court in Almaty let Yermek Narymbayev and Serikzhan Mambetalin walk free. They had been found guilty in January of incitement to social strife, relating to postings they had made about an unpublished book by an anti-government author.

Campaigners said that the incitement charge is used to target critics, while the government denies that any politically motivated trials take place in the country. Their convictions stand but their prison sentences have been suspended although they are not allowed to get involved in any political activity for five and three years respectively.

Narymbayev, who got a three year prison term in January and had gone on hunger strike during the trial, told the IBTimes UK that he was forced to use social media because there was no alternative media coverage and no right to assemble. “All public activities of the opposition are suppressed, there is no freedom of speech, no freedom to assemble and protest, no meetings or parties,” he said before his release, in written answers sent by email through his lawyer.

“A quarter of a century under a totalitarian regime of (Kazakh president Nursultan) Nazarbaev which followed 70 years of Stalinist tyranny does not allow a society to believe in themselves to change the history of its country, which is why there are relatively few mass acts of popular resistance.”

Narymbayev, who had been under house arrest, called for an independent judiciary and to “remove from elections the mechanisms that ensure the votes are fraudulently counted.” A snap parliamentary election took place on 20 March which saw the ruling Nur Otan party garner more than 82% of the vote.

He said in Kazakhstan there needed to be a move away from the top-down principle of power “towards greater powers for local authorities, towards a “bottom up” system”.

Meanwhile chief legal officer of the Human Rights Foundation, Javier El-Hage, told the IBTimes that the pair should never have been convicted in the first place, pointing out their release only followed a public apology by Mambetalin and that Narymbayev had most likely only been transferred to house arrest because of his deteriorating health.

“As long as they keep a low profile for the remainder of their probation and sentence, they will most likely evade further prosecution. If they dare to speak against the regime or discuss sensitive topics again, the authorities would probably impose other charges on them,” El-Hage said.

He added that as long as Nazarbayev and his party Nur Otan are in power, the space for freedom of speech and freedom of press in Kazakhstan will likely remain minimal, if not continue to shrink.

“It is difficult to say whether Nazarbaev genuinely considers these activists’ specific Facebook posts a threat, but in authoritarian countries, individuals who dare to speak truth to power set the example for millions of regular citizens that, through them, test the waters on whether public government criticism will be allowed or not.”

The high profile court case came in the week that the Kazakh president met top European Union officials to attract investment to the country whose economy has been hit hard by lower oil prices. He met European Commission president Jean-Claude Juncker and European Council head Donald Tusk to cement Astana’s Enhanced Partnership and Co-operation Agreement with the EU.

Juncker said he had raised issues regarding human rights and the rule of law in Kazakhstan but he noted that the country was undertaking “promising” reforms. A partnership agreement negotiated in December 2015 will come into effect on 1 May.

Nazarbaev defended the country’s parliamentary election earlier in March which he said was conducted on the principles of democracy and freedom. However the Organisation for Security and Co-operation in Europe (OSCE) said that ballot did not give a proper choice for voters.