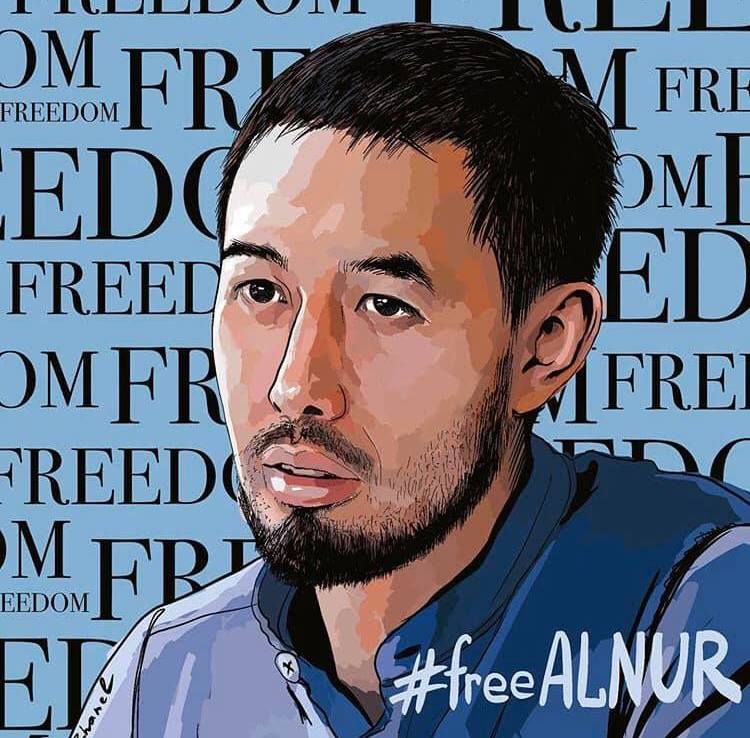 Five months after the UN’s decision regarding the case of Alnur Ilyashev, prosecuted for criticising the government on social media, Kazkahstan has yet to deliver any steps taken to remedy the human rights violations suffered by the activist.

In March 2022, the UN Working Group on Arbitrary Detention’s decision called on Kazakh authorities to quash Ilyashev’s conviction and compensate him for the violations of his rights to freedom of expression and due process during the criminal proceedings against him. The Working Group has so far been refused access to the country for a visit.

Ilyashev was arrested in April 2020 on charges of disseminating false information that threatened public order under Article 274 of the Kazakh Criminal Code. He was prosecuted in relation to the expression of his views, shared on his private Facebook page, on the Kazakh government’s handling of the COVID-19 pandemic. The activist was detained on 17 April after sharing a post claiming that the authorities, including the ruling party Nur-Otan, were corrupt. In past videos posted on YouTube, he had also called on former President Nursultan Nazarbayev to personally contribute, through his substantial wealth, to mitigation efforts in the context of COVID-19 in Kazakhstan.

On 22 June 2020, an Almaty court found Ilyasheev guilty. He was handed a parole-like three-year sentence with 300 hours of forced labour and was banned from political and civic activism for five years.

Since his arrest and throughout his trial, international human rights watchdogs have called out the human rights violations he has faced and urged the Kazakh authorities to provide him with any form of remedy. Due to COVID-19 restrictions, Ilyashev’s trial proceedings were held entirely online. His counsel claimed that they were frequently disconnected from audio and video due to technological issues. Moreover, Ilyashev’s laywers were unable to hold private discussions with their client as they were required by the court to do so through the main video channels, at times in the presence of the prosecution.

The Clooney Foundation’s TrialWatch fairness report, released in March 2021, found that Ilyashev’s conviction contravened basic fair trial tenets and that it appeared to be politically motivated. The report also added that, while in held in arbitrary pre-trial detention, Ilyashev was denied medical care, despite reports that he contracted COVID-19 in detention, in violation of his right to humane treatment.

On 13 September, the Clooney Foundation for Justice, as well as Freedom Now once again called on the government of Kazakhstan to comply with its international human rights obligations.