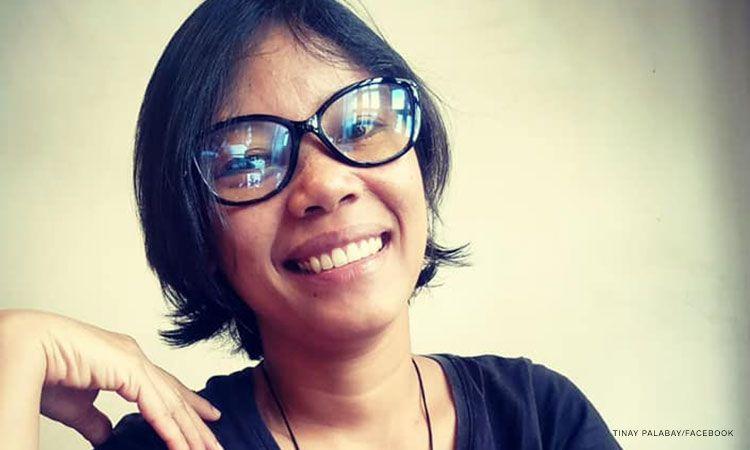 We express our solidarity with Karapatan secretary general Cristina Palabay and all women human rights defenders (WHRDs) who are being subjected to the relentless and sexist attacks by a government who disregards its commitments to respect and uphold women and people’s rights. This is a worrying trend that WHRDs from across the globe experience, and it is intensified under the banner of authoritarian governments.

Cristina is the current secretary general of human rights alliance Karapatan, and a convener of Tanggol Bayi-Philippines. She is likewise a Regional Council member of regional feminist organization Asia Pacific Forum on Women, Law and Development (APWLD). Last Tuesday, December 10, hours after the protests that commemorated the 71st International Human Rights Day, Cristina received a call and a series of texts threatening her with death and the “worst possible things.” In a follow-up text message, the caller, using the number +639275704471, threatened the Karapatan official with rape. In the context of intensifying hostility against human rights defenders, this incident is another alarming concern.

We condemn this assault against Cristina, a woman human rights defender who has consistently stood for the defense of women and people’s rights! This is not the first time that she has received threats. Her organization, Karapatan, has also been the subject of continuous and intensified slanderous campaigns, including a series of red-tagging by military officials in February 2019, a separate incident of death threats against Cristina in April 2019, trumped-up perjury case against Karapatan and its officers in June 2019 and surveillance against Karapatan’s staff in October 2019. Such attacks are meant to harass and intimidate her and other members of Karapatan, which is a common tactic present in all repressive and macho-fascist regimes in the world, but these only serve to expose the rotting and insecure leadership that is afraid of the voices of women and rights defenders..

The threats to Cristina are on the basis of her identity as a woman proves how toxic machismo and fascism – characteristics publicly portrayed by no less than President Rodrigo Duterte – have corrupted and been replicated by his avid supporters and militarists clique. We fear for her safety and demand a stop to these attacks against her.

The rise of sexist threats, especially messages that incite rape, are indications that women’s rights remain a consistent battleground, especially when our own governments perpetuate and tolerate said attacks. Such messages encourages and justifies gender-based violence.

As Cristina was labelled a “prostitute” for her work as a human rights defender, we assail attempts to reduce women as mere sexual objects, and to erase what they have been fighting for: equality, justice and accountability.

We denounce the President for perpetuating this misogynistic culture that has subjected women to harassment since he took office in 2016. We likewise call out the Armed Forces of the Philippines’ Chief-of-Staff for Civil Military Operations Brig. General Antonio Parlade, Jr. for insinuating that the threats against Cristina are “made up” or that it is “her fault,” following their latest statement on the incident. This is exactly the typical narrative of victim-blaming that State officials have been using to discredit and deny justice for victims of gender-based violence. AFP’s Parlade is doing what is expected of him, defending the patriarchal and militarist system where he thrives targeting defenders who continue to resist.

We call on all women and all rights advocates to speak out against the worsening objectification and intimidation of women and women human rights defenders. In this time of rising authoritarianism led by macho-fascists, it is up to us to assert our space, demand our rights, stand in solidarity with each other, and continue to build movements to make our governments accountable.