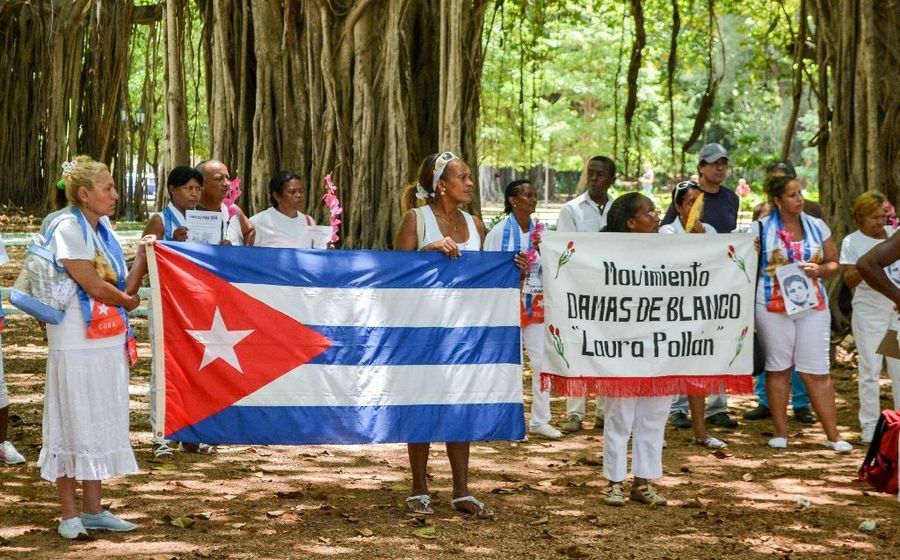 On the occasion of the recent election of Cuba for the fifth time to be a member of the UN Human Rights Council, 20 civil society organizations respectfully request to the UN High Commissioner for Human Rights, Michelle Bachelet, that, in the exercise of her mandate, she dedicates ‘special attention to the serious violations of the human rights that occur in said country, demanding that its government cooperates with the protection mechanisms and take concrete measures to end such abuses, honoring the requirement of Resolution 60/251 of the General Assembly that establishes that members elected to the Council “shall uphold the highest standards in the promotion and protection of human rights” and “shall fully cooperate with the Council”.

In that sense, we request that the High Commissioner demands the Cuban regime to ‘comply with the collaboration and commitment to which it is bound before all the mechanisms of the universal protection system, particularly with the Special Procedures, and by joining the most important Human Rights treaties’.

Furthermore, the letter reminds that most actors of civil society and the universal protection system have repeatedly pointed out both the permanent violations of rights and Cuba’s lack of commitment to said system.

In addition, the letter highlights that Cuba has maintained the same system of one-party government for more than 60 years. Its new Constitution reaffirmed this condition, it continues seriously limiting the exercise of civil and political rights and, contrary to most of the constitutions in the region, it does not recognize the supremacy of the international human rights treaties.

The request includes as well that the Cuban people need expressions of solidarity from the international community in order to pressure to limit these abuses and achieve real changes, and the signing organizations highlight their conviction that the High Commissioner’s role can have a fundamental impact in that direction.

To conclude, the letter requests the High Commissioner that she intercedes before the Cuban government, in order to assume concrete commitments by integrating the Human Rights Council in this new three-year period, between 2021 and 2023, through:

The ratification of the Covenants on Civil and Political Rights, and Economic, Social and Cultural Rights, as well as other relevant Human Rights treaties, including the acceptance of all existing individual communications procedures.

The acceptance of standing invitations to all UN special procedures, particularly allowing visits by Rapporteurs on the rights to freedom of peaceful assembly and of association; on the situation of human rights defenders; on the promotion and protection of the right to freedom of opinion and expression; on cultural rights; on extrajudicial, summary or arbitrary executions; on arbitrary detention; on torture and other cruel inhuman or degrading treatment or punishment; on the right to privacy; on the right to freedom of religion or belief; on contemporary forms of slavery including its causes and its consequences; on trafficking in persons, especially women and children; on the protection against violence and discrimination based on sexual orientation; and on the independence of judges and lawyers; as well as the Working Groups on arbitrary detention; and on the people of African descendants.

Its integration to Latin American and Caribbean standards, which include the recognition of a diversity of initiatives, opinions and peaceful expressions of its society, ensuring the human right to freedom of association without ideological restrictions and with its respective right to access to international cooperation.

Below we list the signatories and the organizations that they represent, in ascending order according to their year of constitution: