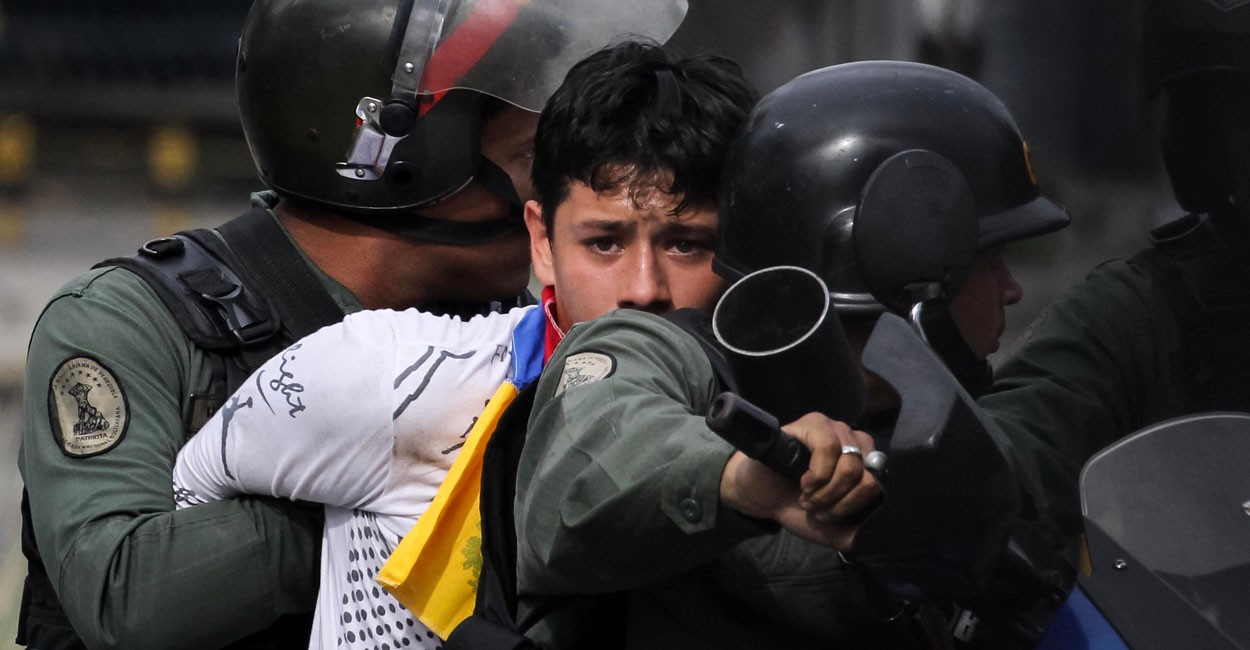 Human rights organizations that sign on to  this statement condemn the escalation in reprisals and persecution of the Venezuelan people for the exercise of their fundamental human rights. An unprecedented  Venezuelan humanitarian emergency has been severely aggravated by the sanitary crisis generated by the  COVID-19 virus. The signatory organizations urge  the Venezuelan Government to respect and guarantee the exercise of human rights without discrimination.

A joint declaration of United Nations experts and Special Rapporteurs published on the 29th of June details the current  living conditions of the Venezuelan people. According to the “Living Conditions Survey” of 2019/2020, 79.3% of Venezuelan homes cannot afford basic food supplies, 96% of Venezuelan families are classified as poor and 79% can be classified as living in extreme poverty. In addition,  21% of children under the age of 5 are at grave risk of malnutrition. During the COVID-19 pandemic unemployment rates have increased by 6.9%. and 43% of Venezuelan families have been unable to work and have registered losses in f income[1].

Another UN joint declaration, published on the 28th of June gives a thorough account of the repressive context during the first third of the year, in which at least 51 attacks against human rights defenders and organizations have been documented. The illegitimate “Constitutive National Assembly” is also pursuing approval of a law that would prohibit and limit international funding for civil society organizations.[2]=, which would increase operational limitations on the organizations to present documentation or update their status.

There has also been an increase in surveillance, hacking and the blocking of web pages of human rights organizations. The use of sophisticated methods, such as the creation of fake reports that lead to  web providers’ closing their web pages and blocking access to their information  has also increased.[3]

The UN High Commissioner for Human Rights released a report on July 3rd,  2020 indicating that between March and June of 2020 there has been an arbitrary use of the “State of Alarm” in Venezuela. The military, security forces and the judicial power have carried out arbitrary detentions, brief forced disappearances, and initiated judicial processes against activists, journalists, health personnel and human rights defenders. The report reveals a pattern of human rights violations  against  people who have supposedly participated in “destabilization actions against the government”.

The Inter-American Commission on Human Rights (IACHR) released a press release on July 15,expressing concern regarding the continuing hostility and a discourse of criminalization  against human rights activists in the context generated by the pandemic. “The IACHR reiterated its call to the Venezuelan State to adopt measures to combat stigmatization campaigns targeted at  those who defend human rights in the country as it had signaled before in its Press Release No. 40/19.[4]”

The undermining of civic space and democracy in Venezuela is evident in systematic violations of human rights, generally committed within the framework of security operations, including the repression of protests and media coverage, or political persecution against the dissemination of opinions and/or the work of human rights defenders seeking to confront the authorities’ abuses during the pandemic. The response of the Venezuelan government continues to be focused on the repression and censorship of its citizens, which, in addition to affecting civic space, compounds the effects on other human rights, including citizens’ economic, social and environmental rights.

Most of the cases that have been documented by Venezuelan organizations report the use of the “internal enemy” thesis. The concentration of all powers in the Executive branch is used to punish the “opposition” or people perceived as such, which in turn creates an inhibitory  effect that silences all possible opinions or protests against the current crisis.

These violations are bound to be exacerbated due to the absence of judicial independence and impartiality. As the UN High Commissioner   indicated in her July 15th report on access to justice: “The information at hand suggests that the Judges of the TSJ (Supreme Court) have control of the judgments issued by lower courts throughout the country, especially in the criminal jurisdiction. The lack of job stability for criminal prosecutors also affects their impartiality. Almost all of them are provisional and may be removed at the discretion of the the Attorney General. The Attorney General was elected by the Constitutive National Assembly” using a process that does not respect constitutional requirements.”[5]

The human rights organizations that sign on to this statement urge the Venezuelan  government to respect and guarantee the exercise of fundamental rights of Venezuelan citizens, which are of even greater importance during the pandemic. In addition, the Venezuelan government should facilitate dialogue with and democratic participation of civil society for the sake of generating structural and human rights-friendly solutions to this crisis. In this sense, we request the following: