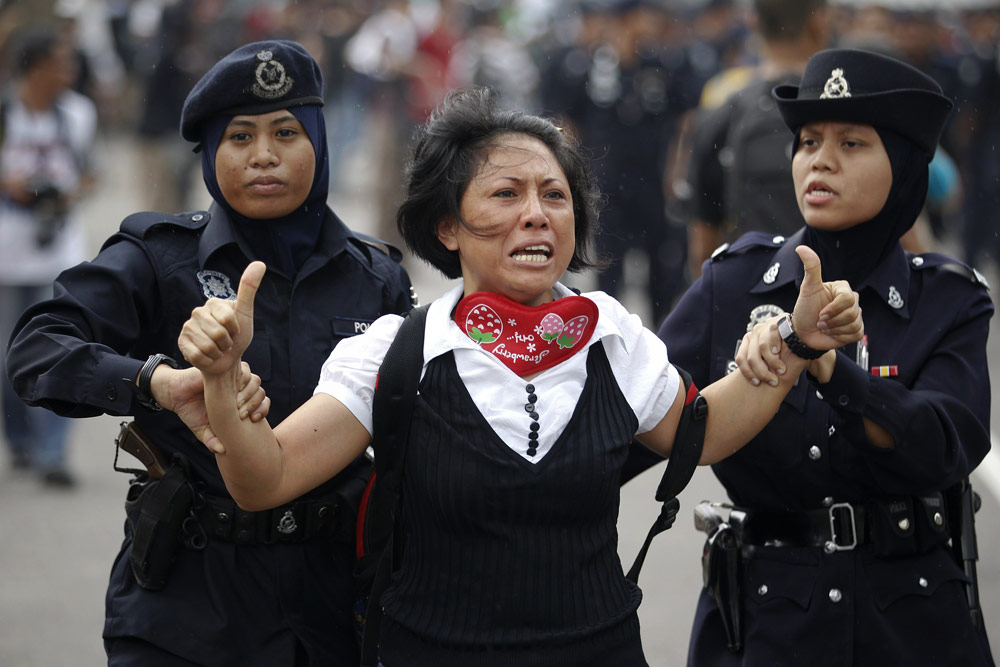 The Asian Forum for Human Rights and Development (FORUM-ASIA), its member-organisations in Malaysia, Suara Rakyat Malaysia (SUARAM) and Pusat KOMAS, and the undersigned organisations call on the Government of Malaysia to uphold principles of multi-racialism and democratic reform, regardless of the leadership of the day. Malaysia should not return to politics and policies that discriminate against non-Malays and stifle civic space.

Over the past week, Malaysia has undergone political upheaval that saw: the collapse of the ruling Pakatan Harapan coalition; the formation of new alliances; and, eventually, a change of leadership. On 1 March, Muhyiddin Yassin was sworn in as Prime Minister.[1]

Muhyiddin, who previously was Minister of Home Affairs, is known for his nationalist views and for once identifying himself as ‘Malay first’.[2] He is supported by the political party United Malays National Organization (UMNO), known for its conservative and nationalist stance, and Parti Islam Se-Malaysia (PAS), an Islamist Party, which governs Kelantan and Terengganu.

A political coalition of these parties in power will have a detrimental impact on race relations and the pursuit of democratic reform in the country. UMNO, which ruled Malaysia over 60 years, promoted pro-Malay policies, and prioritised appointments that suited such views in positions of power. PAS has been pushing for ‘hudud’, an Islamic penal code that would allow punishments, such as stoning and amputations, in the States it governs. Allowing issues of race and religion to override human rights principles would compromise the progress that the Malaysian people have achieved over the past two years.

With the collapse of the Pakatan Harapan coalition, FORUM-ASIA and its members in Malaysia are concerned that its reform agenda, which included the review and repeal of repressive laws and the push for the creation of inclusive democratic spaces, will remain unrealised. Muhyiddin’s previous views on the need to retain the Security Offences Special Measure Act (SOSMA) and his assent to the continuous use of the Sedition Act as Minister of Home Affairs, are particularly concerning, as these laws have been used to violate the rights of dissenters.[3] The opening of an investigation into a recent protest rally; and the planned questioning of activist Fadiah Nadwa Fikr under both the Peaceful Assembly Act and the Sedition Act raise legitimate fears of renewed backsliding on fundamental freedoms with this new Government.[4]

Malaysia needs to prove that it remains committed to democracy and reform, regardless of its current political leadership. FORUM-ASIA and its members recommend the Government of Malaysia to:

–          Ensure the participation of all races and ethnic groups in its political decision-making;

–          End the reprisals and the judicial harassment of individuals, who have raised dissenting views, and protect the people’s freedom of expression and the freedom of peaceful assembly and association at this crucial time; and

–          Sustain reforms promised by the previous Government, including the review and repeal of laws, such as SOSMA and the Sedition Act, and the widening of democratic spaces.

Changes in Government or in political leadership should not lead to a wavering of a country’s commitment to the principles of human rights.

8.       Cambodian League for the Promotion and Defense of Human Rights (LICADHO), Cambodia,

9.       Centre for the Sustainable Use of Natural and Social Resources (CSNR), India,