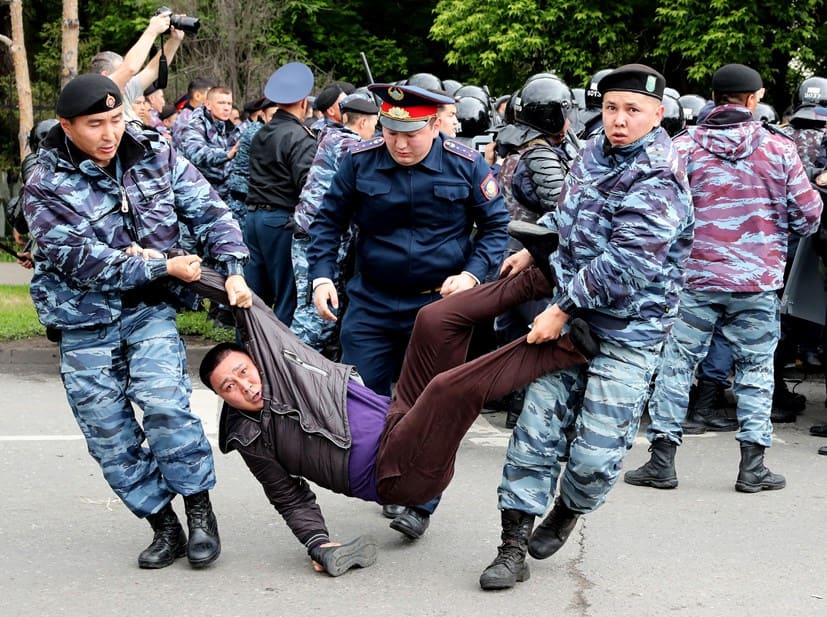 On Thursday, the European Parliament adopted three resolutions taking stock of the human rights situation in Uganda, Rwanda and Kazakhstan.

The political situation in Uganda

Parliament deplores that the 14 January general elections in Uganda were neither democratic nor transparent. MEPs also condemn the excessive use of force by the police and armed forces during the election and their growing interference in political affairs.

The resolution condemns the violence, continued harassment and systematic crackdown faced by political opposition leaders in Uganda, as well as the suppression of civil society. All those arrested and detained for participating in peaceful political assemblies or for exercising their right to freedom of expression and association must be released immediately and unconditionally and have their charges dropped, says the text.

Finally, Parliament reiterates that sanctions against individuals and organisations responsible for human rights violations in Uganda must be adopted under the new EU human rights sanction mechanism, the so-called EU Magnitsky Act.

Rwanda: the case of Paul Rusesabagina

Mr Rusesabagina, who is a Belgian citizen and a US resident, was forcibly transferred from Dubai to Kigali under unclear circumstances on 27 August last year. He only reappeared on 31 August at the headquarters of the Rwandan Investigation Bureau. He was initially charged with 13 offences, including financing terrorism, armed robbery and attempted murder. Some charges were later dropped, with those that remained relating to events that took place in the country’s Nyaruguru and Nyamagabe regions in 2018.

Parliament calls for an international investigation into this matter and expresses its deep concern about the violation of Mr Rusesabagina’s rights. MEPs urge the Rwandan authorities to allow him to undergo a fair and public hearing by a competent, independent and impartial tribunal applying international human rights standards, and grant him legal counsel of his choosing.

Given Mr Rusesabagina’s medical condition, MEPs call on the Rwandan Government to guarantee, under all circumstances, his physical and psychological well-being and access to proper medication.

The human rights situation in Kazakhstan

Parliament urges Kazakhstan’s Government to act in accordance with its international obligations and to respect human rights and fundamental freedoms, as enshrined in its Enhanced Partnership and Cooperation Agreement with the EU.

MEPs note that Kazakhstan’s parliamentary elections on 10 January this year were described by the European External Action Service as a “missed opportunity” to demonstrate that political reforms have been implemented since the last elections. They also call on the Kazakh government to drop politically-motivated charges and end all forms of arbitrary detention, reprisals and harassment of human rights activists, religious organisations, civil society organisations, trade unions, journalists and political opposition movements.

People must be able to express their political, religious and other views freely, the text says, with Parliament calling on the Kazakh Government to amend the new law on peaceful assembly in order to guarantee this freedom. MEPs also urge the country’s authorities to immediately release and fully rehabilitate all political prisoners.

The text was approved by 598 votes in favour, 43 against and 52 abstentions. For additional information on the content, it will be available in full HERE. (11.02.2021)