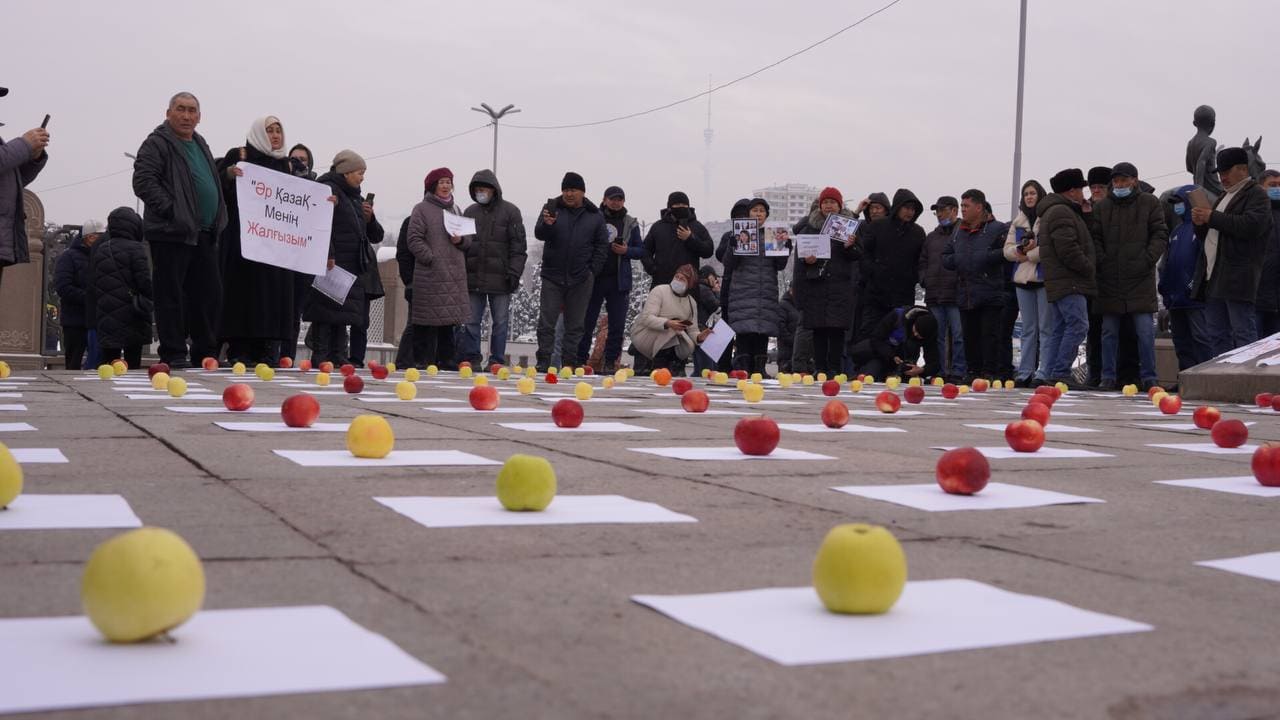 A year on, the pain of Bloody January, or Qandy Qantar, is still felt among citizens of Kazakhstan. Almost everyone was affected by the events – ranging from experiencing the nationwide information-blackout when the authorities shut off the internet for several days, to witnessing the riots and shootings, peaceful protests, stray bullets, the thousands of detained in the days after, the victims of torture, as well as the experiences of the relatives of the hundreds who never returned home.

The events that Kazakhstan witnessed during the first days of January 2022 were extreme and unprecedented. A nationwide state of emergency was declared, and the authorities used all means necessary to regain control – even calling for the intervention of peacekeeping forces of the Collective Security Treaty Organisation, a military alliance also including Armenia, Belarus, Kyrgyzstan, Russia, and Tajikistan.

To many, the use of force by the authorities during the protests was not a surprise. After all, protesting in Kazakhstan has never been easy. Yet, most expected the authorities to have learned from the Zhanaozen shootings in 2011 and the ensuing international outcry, that this should never be repeated. When the peaceful protests against gas price increases began a year ago, no one imagined what would ensue. No one expected to see Russian soldiers patrolling the streets of Almaty in broad daylight – a dystopian nightmare. Law enforcement officials rounded up thousands – as many as 9,900 according to official sources. Of these, only around one-tenth were charged with serious crimes. Many of the arrests were completely arbitrary: Innocent bystanders and peaceful citizens who had not broken any laws were arrested indiscriminately. Perhaps one of the most well known examples was that of Vikram Ruzakhunov, the Kyrgyz jazz pianist, who was detained and brutally beaten, before being made to confess to state media how he was allegedly paid to protest – when in fact he had been invited to Kazakhstan to play music.

Case closed: No evidence of torture

It is impossible to ascertain how many people experienced torture in January 2022. But violence was not the last resort for many representatives of law enforcement. It was more a case of “punch first, ask later”. The government pledged to investigate the allegations of torture cases that began to surface. President Kassym-Jomart Tokayev addressed the issue of torture during an interview, where he announced that he had given specific instructions to the Ministry of Internal Affairs and the Prosecutor’s Office to investigate allegations of torture and ill-treatment. A public commission was also established for this purpose.

According to the Istanbul Protocol on Torture, a UN-established international framework for assessing cases of torture, the burden of proof does not lie with the victim, and victims are not required to recall the names of their abusers. In an upcoming joint report on the January Events with our partners at the National Coalition Against Torture, the Kazakhstan International Bureau of Human Rights and Rule of Law (KIBHR) and the World Organisation against Torture, IPHR has investigated and analysed numerous allegations of torture, and we conclude that victims have been made to bear the burden of proof against their perpetrators. Victims did not come forward to press charges, because they were afraid of repercussions from their persecutors. And the majority of torture cases has been dropped due to official claims of “lack of evidence”. Although some 70% of the 63 detained people surveyed by KIBHR reported torture and ill-treatment in detention during the January Events, only 17 police officers and 12 national security servicemen were under investigation for torture as of late October 2022.

Case closed: He was just a “terrorist”

Hundreds of people in Kazakhstan lost loved ones during Qandy Qantar. The official death toll for the tragic events lies at 238, but could be higher. In courts and in official public statements, the aftermath of the violence was marked by a general denial of responsibility for excessive use of lethal force against civilians. Already in January 2022, in a UN statement, experts of the Office of the High Commissioner of Human Rights (OHCHR) condemned the government’s use of lethal force against protesters and their inappropriate labelling as ‘terrorists’. But the use of this label has continued. Hundreds of people have been taken to court and charged with ‘terrorism’, in line with the official narrative of the events. Azattyq writes that according to the General Prosecutor’s Office, 1249 people have been convicted in relation to the January Events, and 160 of these were sentenced to prison terms. Most were sentenced for ‘terrorism’.

Ruslanbek Zhubanazarov was one of the 238 killed during Qandy Qantar. His sister told Vlast how he was labelled a ‘terrorist’ and the criminal case into the circumstances of his death was simply closed. According to his family Ruslanbek was an ordinary man, a father and seasonal oil worker.

“They did not see his death as a criminal offence. How is this possible? He’s dead! How can there not be a criminal case? I screamed, I cursed and I cried. But it changes nothing. How did he die? How did the bullet hit him? Who shot him? For what? These questions haunt me. I want to find the culprits.”

There are several similar cases in which the authorities failed to properly investigate the killings of citizens in January 2022, merely labelling them as ‘terrorists’.

Protesters and ordinary citizens exercising their right to freedom of assembly or expression should not simply be labelled ‘terrorists’, and it is of particular concern that the authorities continue to legitimise their excessive use of lethal force by merely stating that the victims/killed were ‘terrorists’.

The authorities in Kazakhstan should not turn their back on their responsibility. The Kazakhstani people need an apology from the government, an acknowledgement of guilt, and a promise that these events will not be repeated again along the road towards the “New Kazakhstan” the government has pledged to build.

Alva Omarova is a researcher for International Partnership for Human Rights. IPHR is an independent, non-governmental organization founded in 2008. Based in Brussels, IPHR works closely together with civil society groups from different countries to raise human rights concerns at the international level and promote respect for the rights of vulnerable communities. See more at: https://www.iphronline.org/en/ 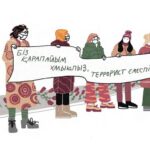 “We don’t even cry anymore”  Torture, ill-treatment and impunity in Kazakhstan...