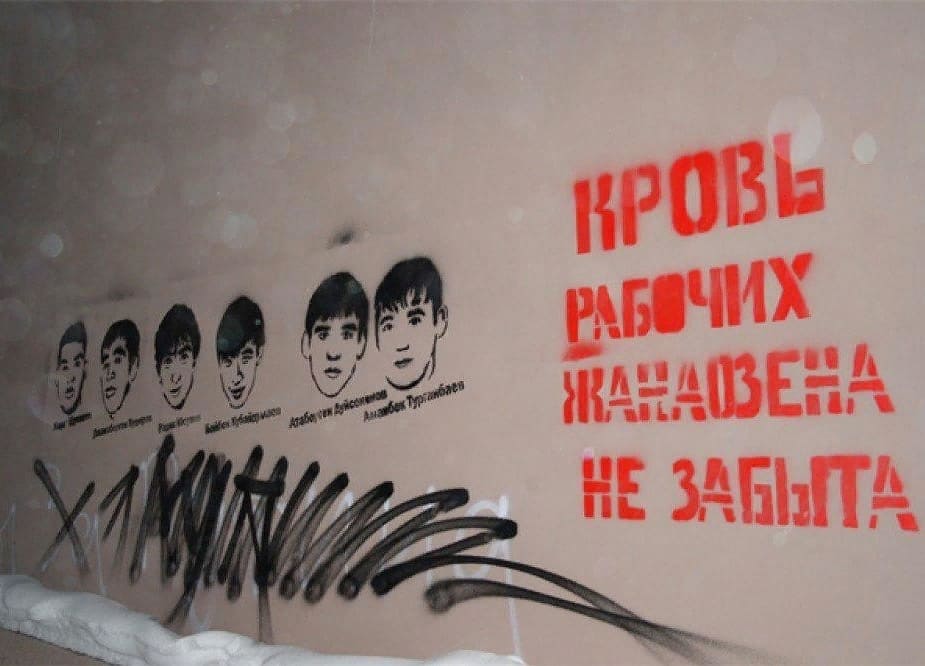 December 16, 2021 marks the 10th anniversary of the tradegy in the city of Zhanaozen and the village of Shetpe, when, after a months-long strike of oil workers as a result of the use of firearms by the police, according to official data, 17 people or more died and 86 were injured.

In result of the criminal trials that took place in 2012, a number of worker activists and oil workers were sentenced to long terms of imprisonment for allegedly participating in mass riots. The accused workers made allegations of torture during the so-called investigation, mass arrests and beatings of Zhanaozen residents. None of these allegations were investigated objectively and impartially. Five police officers were also convicted of abuse of official authority, but it remains unknown who ordered the police to shoot at unarmed people.

UN High Commissioner for Human Rights Navi Pillay and UN Special Rapporteur on Freedom of Peaceful Assembly and Association Maina Kiai stated that in order to restore the confidence of the people of Kazakhstan “it is necessary to conduct an international independent investigation of the Zhanaozen events.”

In supporting this appeal, we demand:

1. Conducting a thorough investigation of all facts of torture and punishment of those responsible for committing these crimes.

4. To give a legal assessment of the actions of state bodies, starting from the akimats (local executive state bodies), the police department, the prosecutor’s office, the National Security Committee, the heads and management of the oil companies “Karazhanbasmunai”, “Ozenmunaigas”, as well as “Ersai Caspian Contractor” during the strikes in 2011, after the shooting on December 16, 2011, including the investigative actions and trials in 2012.

5. Investigate and give a legal assessment of the events in Shetpe: to the actions of all law enforcement agencies and the local akimat who were there, when an Emergencies Ministry employee Torebek Tulegenov was killed and local civilians were wounded. Some houses of Shetpe residents were also shelled.

6. Investigate and prosecute those responsible for the use of torture and violence against convicted pesons from Zhanaozen and Shetpe in the penitentiary system of Kazakhstan, since the deaths of Maksat Dosmagambetov (Zhanaozen) and Gabiden Bakhytzhan (Shetpe) are directly related to the conditions of their detention in institutions of the Penitentiary Committee systems of the Ministry of Internal Affairs of the Republic of Kazakhstan.

7. Rehabilitate and provide proper compensation from the government of Kazakhstan to all families of those killed and wounded in Zhanaozen and Shetpe on December 16-18, 2011.