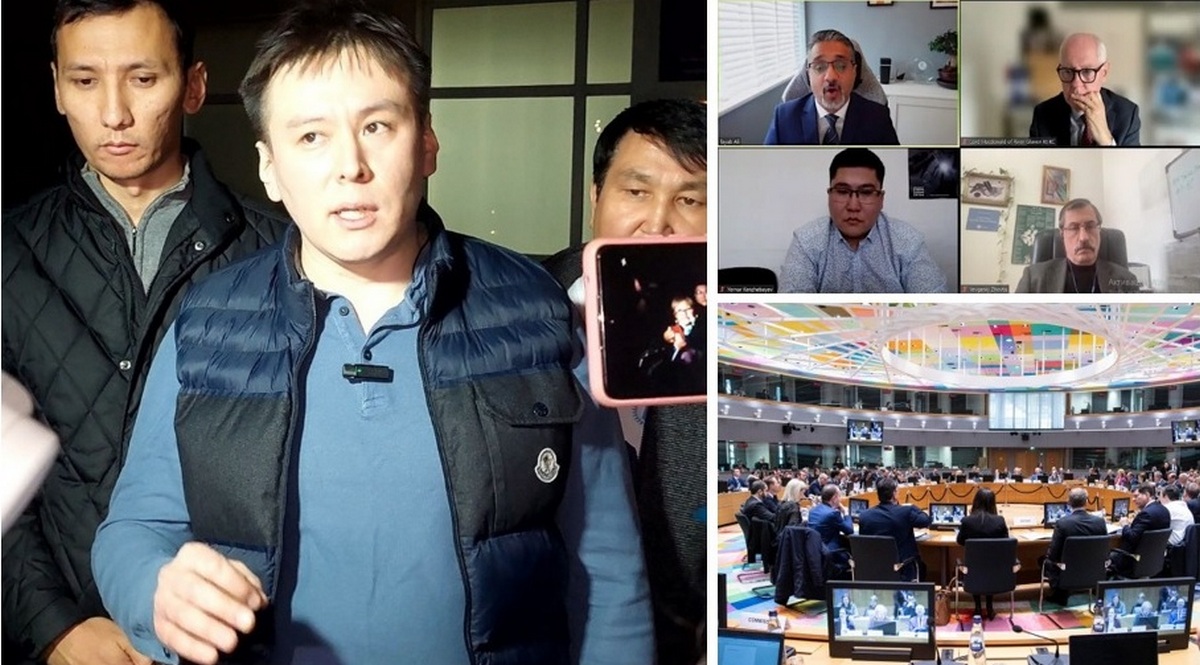 On 2 November, the leader of the unregistered Democratic Party of Kazakhstan, Zhanbolat Mamay, was released from pre-trial detention as the court changed his preventive measure to house arrest. This release comes after weeks of mounting pressure from local and international human rights organisations as well as foreign governments and politicians.

Mamay was detained in late February 2022, initially for 15 days, for organising a rally in memory of the January events’ victims.  On 14 March, when he was due for release, Mamay was rearrested on new charges of insulting government officials and deliberately disseminating ‘false information’ in September and December 2021, respectively. At the end of this term, his arrest was extended for another month.

The charges against Mamay were reportedly reclassified from ‘organising mass riots’ to ‘violating the procedures for organising and holding peaceful meetings’. His sudden release after more than eight months in detention follows months of pressure from human rights groups, international organisations, and foreign institutions such as the European and British parliaments recently.

In March 2022, Human Rights Watch and Freedom house, among others, called on Kazakhstan to release Mamay and drop the charges against him. In their statement, Human Rights Watch pointed to President Tokayev’s stated ambition of creating a ‘New Kazakhstan’ following the January events and of liberalising the procedure for opposition political parties to register, adding that “if a more open political system is in fact to emerge in Kazakhstan, it could start with respect for Mamay’s rights”.

In August 2022, a delegation from the European Parliament’s subcommittee on Human Rights made a fact-finding visit to Kazakhstan, after which they called on the authorities to end their harassment and intimidation campaigns against political and civil society activists and to release all political prisoners. More recently, in late October, a hearing with human rights organisation was held in the European Parliament subcommittee to discuss the human rights situation in the country. The Members of European Parliament (MEPs) were informed that Astana had not conducted an objective and transparent investigation, despite their claims, into the allegations of shooting of protesters and torture of detainees during and after the January events. During the hearing, director of the Kazakh International Bureau for Human Rights and the Rule of Law (KIBHR), Yevgeny Zhovtis, added that the “methods and approaches of [political repression in Kazakhstan] are similar to those used in Russia and Belarus.” Inga Imanbai, wife of Zhanbolat Mamay, was also present and informed the MEPs of the recent reclassification of her husband’s charges.

Most recently, on 1 November, a press conference was held between member of the House of Lords of the British Parliament Lord Macdonald and representative of the Bindmans LLP law firm Tayyab Ali, and Yevgeny Zhovtis on behalf of KIBHR to discuss the case of Zhanbolat Mamay and the launch of a non-governmental commission by the British firm to investigate his detention and treatment. The commission is currently in the process of obtaining evidence regarding Mamay’s case as well as that of other political prisoners.

Following his release, Mamay claimed that he was not expecting this change in his case:

“Thank you to everyone who supported these eight months! This was unexpected news. To be honest, I wasn’t ready to go home today. As always, I was living my ordinary life in a cell of 15 square meters. So, I was surprised by this news. I consider it a victory for society. This is not a full release, but a transfer under house arrest. Nevertheless, this is a victory for society. In my opinion, if people and international organisations had not supported it, this would not have happened.”

“I have not and will not admit any guilt. I didn’t commit any crime. For more than eight months I was imprisoned for politically motivated reasons. That is my opinion. I will certainly state my position in court” he concluded.

The first hearing in Zhanbolat Mamay’s case is scheduled of 7 November.