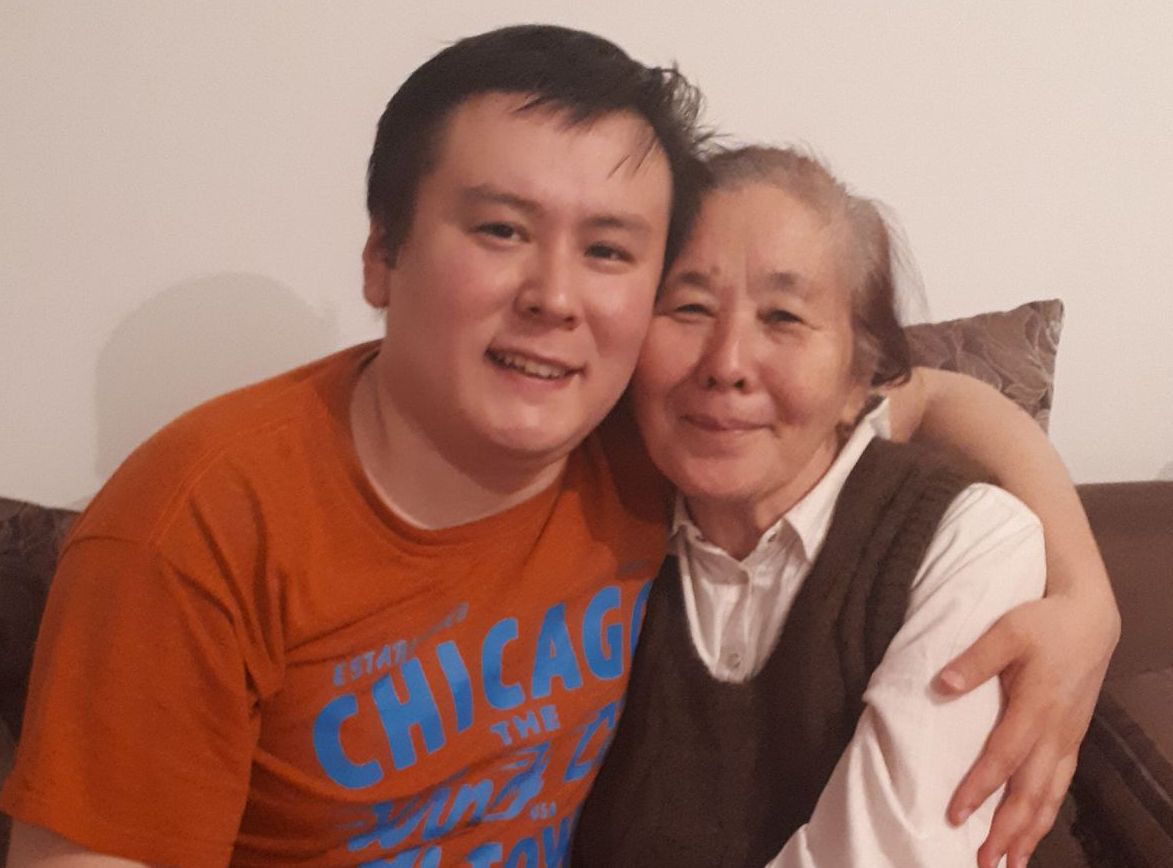 The Kazakhstani authorities should stop persecuting opposition leader Zhanbolat Mamai because of his peaceful political engagement, said International Partnership for Human Rights, Kazakhstan International Bureau for Human Rights and Rule of Law, the Helsinki Foundation for Human Rights and the Norwegian Helsinki Committee today. The four groups called for the dropping of a spate of criminal charges initiated against Mamai and for his immediate release. They said that the charges against Mamai and the pressure exerted on his party undermine the political reform agenda announced by the president and stressed that there will be no real democratic change until citizens are allowed to carry out legitimate opposition activities without hindrance.

Last week Zhanbolat Mamai, leader of the unregistered opposition Democratic Party, learned that new criminal charges had been filed against him in relation to the January 2022 events in Kazakhstan. During these events, peaceful mass protests were hijacked by violent elements and authorities responded with excessive force, leaving hundreds dead and thousands injured. The charges against Mamai concern a peaceful protest held by the Democratic Party outside Almaty Arena on 4 January 2022, in solidarity with protesters in Kazakhstan’s Mangystau region, who had taken to the streets to protest against a drastic increase in fuel prices. According to the indictment, Mamai, was ‘’influencing the mood’’ of the crowd who gathered at this venue, ‘’aiming to create social tension’’ and ‘’turning people against the authorities’’ by speaking about the need for a just government and political reforms and by calling for the dissolution of parliament, open and fair elections, and the registration of political parties.

‘’The nature and circumstances of the criminal charges against Mamai clearly indicate that they have been initiated in retaliation for his opposition activities and his criticism of the authorities. There is nothing criminal about peacefully voicing opposition to the authorities and campaigning for change – the authorities must not penalise him for this, but should instead respect, facilitate and welcome his efforts to improve social justice and democratic governance in Kazakhstan,’’ said Brigitte Dufour, Director of International Partnership for Human Rights (IPHR).

The new charges against Mamai have been initiated under provisions of the Criminal Code, which prohibit “organising mass riots” (article 272.1) and “knowingly spreading false information in an emergency situation” (article 274.4). If found guilty, Mamai could face a lengthy prison sentence. The first offense alone is punishable by up to ten years’ imprisonment.

In a statement disseminated on 8 June 2022, Mamai described the new charges against him as absurd and flawed. He said that he was accused of organising riots by encouraging participants in the 4 January protest outside Almaty Arena to go to the central Republic Square to demand political change, although a publicly available video of his speech clearly shows that he did not call on protesters to go anywhere. Instead, he urged them to stay where they were and to refrain from causing damage and clashing with the police. He also stressed that it was physically impossible for him to lead protesters to Republic Square as he was detained shortly after his speech. In addition, he noted that investigators had failed to identify any kind of group of rioters that he allegedly directed. Mamai further underlined the absurdity of him being accused of spreading false information by quoting a figure that might not have been exact. During his speech on 4 January, Mamai stated that ‘’10,000 protesters’’ had gathered in Zhanaozen, an assertion that he said was based on media reports at the time. However, prosecutors assessed it as an offense under the vaguely worded Criminal Code provision on ‘’knowingly spreading false information’’, which has repeatedly been used to stifle free speech.

‘’The authorities must not use the January 2022 events as a pretext to go after inconvenient individuals, such as Mamai, who have peacefully exercised their fundamental freedoms to speak out on issues of concern. They should instead focus on ensuring justice for victims of violence and human rights violations during these tragic events,’’ said Yevgeniy Zhovtis, Director of Kazakhstan International Bureau for Human Rights and Rule of Law (KIBHR).

In addition to Mamai, a number of other opposition, civil society, and human rights activists have been charged over the January 2022 events in apparent retaliation for their legitimate civic engagement. The authorities have to date failed to initiate impartial, effective and thorough investigations into allegations of the excessive use of force during the January protests, of arbitrary detentions of protesters, as well as of torture, ill-treatment and due process violations of people detained during these events. Civil society actors working on documenting and assisting victims of violations committed in connection with the January events have faced various obstacles, including lack of transparency by authorities, reluctance of victims to share their experiences due to fear of reprisals, as well as reported incidents of intimidation.

“The January 2022 events demonstrate the dangers of ignoring the population’s legitimate grievances. Rather than suppressing critical voices, the authorities should work together with civil society and the political opposition on addressing the challenges that Kazakhstan is currently facing” said Berit Lindeman, Secretary General of the Norwegian Helsinki Committee (NHC).

Mamai was already in custody on other criminal charges when the charges related to the January 2022 events were brought against him. On 14 March 2022, a local Almaty court sanctioned his pre-trial detention on charges of ‘’insulting law enforcement officers’’ and ‘’knowingly spreading false information” (under articles 378 and 274.2 of the Criminal Code) relating to two separate incidents in 2021. Mamai was placed in pre-trial detention, although national law does not provide for detention as a measure of restraint in criminal cases such as these. On 6 May 2022, his pre-trial detention was prolonged until 12 June 2022. Prior to this, he was denied amnesty under a law adopted on the occasion of Kazakhstan’s 30 years of independence because he refused to ‘’confess’’, although the admission of a guilt is not a requirement for granting amnesty to individuals prosecuted on the charges levelled against him. On 10 June 2022, Mamai’s pre-trial detention was further extended until 9 July 2022.

The charge of ‘’insulting law enforcement officials’’ concerns critical remarks Mamai made when police forcibly dispersed a peaceful protest by his party and attempted to detain him on 18 September 2021. In particular, he allegedly offended the police officers who carried out these actions by calling them ‘’traitors’’. Thus, he is being criminally prosecuted over his criticism of the abusive tactics used by law enforcement authorities. The second charge concerns his campaigning for a so-called credit amnesty on behalf of financially struggling residents. On 9 December 2021, a public action held in Almaty to call for writing off financial debts was livestreamed on Mamai’s official Facebook page. Following this, the Agency for the Regulation and Development of Financial Markets accused him of ‘’misleading citizens’’ for his ‘’own political purposes’’ by ‘’disseminating incorrect information about an allegedly announced credit amnesty for all types of loans’’. Mamai has dismissed this accusation, stressing that he only used social media channels to distribute information about how to turn to the Agency for assistance on problematic debt issues within the framework of its existing programmes.

Since the Democratic Party was established in 2019, Mamai and other activists from this party have been subjected to ongoing harassment. Due to pressure, the party was forced to cancel its founding congress in 2020 and has been unable to register with the authorities. Following Mamai’s arrest in March 2022, members of his party have repeatedly been intimidated, detained and given administrative penalties for staging peaceful protests calling for his release. Mamai’s wife and co-activist, Inga Imanbai has been fined several times on these grounds and has additionally been summoned for questioning over the January 2022 events, in an apparent attempt to keep her quiet. Prior to his arrest on criminal charges, Mamai was himself sentenced to 15 days’ administrative detention for organising a peaceful rally to commemorate the victims of the January 2022 events. He was also questioned as a witness about these events.

‘’The Kazakhstani authorities should uphold their international obligations with respect to the freedoms of expression, association and peaceful assembly and stop targeting opposition activists and other citizens who use these freedoms to who voice their discontent about the situation in the country,’’ said Lenur Kerymov, Director of International Programmes of the Helsinki Foundation for Human Rights (HFHR).

The criminal charges against Mamai, as well as the renewed campaign against other members of his party come at a time when Kazakhstan’s President Kassym-Jomart Tokayev has vowed to promote political modernisation, strengthen human rights protection, and increase the participation of citizens in decision-making. As part of this initiative, a referendum on a set of proposed constitutional amendments was held on 5 June 2022. The groups issuing this statement said that, if the Kazakhstani authorities are serious about improving democratic participation and political pluralism, they must allow genuine opposition parties to register and ensure that members of such parties are not subjected to intimidation and harassment.

In this context, it is also of serious concern that the authorities continue to crack down on peaceful activists because of their alleged involvement in the banned opposition movements, the Democratic Choice of Kazakhstan (DVK) and the Street Party (Koshe Partiyasy). These movements have been banned as ‘’extremist’’ by court, despite their non-violent agendas. In a well-established pattern, activists have been prosecuted on charges of involvement in the two movements because of peaceful protests, social media posts and other non-violent expressions of their concerns. Some activists are currently in detention on such charges. The groups issuing this statement call on the Kazakhstani authorities to release anyone who is currently behind bars because of their peaceful opposition and pro-democracy engagement.