of Kazakhstan International Bureau for Human Rights and Rule of Law

Kazakhstan International Bureau for Human Rights and Rule of Law states that the trial in Aktau has been politically motivated initially and the proceedings have been conducted in condemnatory context.  Both numerous procedural violations and general nature of the process expressed in absence of willingness to listen to defense’ arguments and accept its motions are evidence to that.  From the legal viewpoint such trial cannot be considered fair and just since its decisions were not based on fair, impartial and exhaustive considerations of case materials.

Bureau members have been directly involved in monitoring the trial and state with full responsibility that no independent evidence of Vladimir Kozlov’s guilt has been provided in court.  The court has demonstrated unvarnished disregard for the legal and logical norms and, according to some experts, even disregard for common sense.  Independent observers were of opinion that judicial proceedings were aimed at fulfilling political task rather than ascertaining the truth.  Clearly, the sentence of 7,5 years imprisonment for supporting the demands of the strikers and proposing the idea of regime change looks like an act of retaliation to Kozlov for his political activity and connections with Mukhtar Ablyazov, banker in disfavor.  However, under the Kazakh law none of the above is criminally liable.

The Bureau believes that Vladimir Kozlov’s trial is an attempt of the authorities to exonerate responsibility for tragic events from those who escalated situation in Zhanaozen to a critical point, those who provoked disturbances and those who sanctioned unmotivated shootings of people.

The Bureau urges Kazakhstan authorities to fulfill the UN High Commissioner for Human Rights recommendation to establish an International Commission to investigate Zhanozen events.  Impartial investigation of these events will establish genuine reasons of the tragedy and will provide grounds to revise the role of the opposition in conflict escalation.

It is in this regards and taking into account procedural violations, politically engaged nature of the process and obvious unfair ruling of the court, the Bureau announces its right to consider Vladimir Kozlov a political prisoner; consider Serik Sapargali and Akzhanat Aminov convicted on political grounds and encourages everyone, who acknowledges the right of the citizen to oppose the authorities legally, to do so.

The Bureau believes that decision of the court is not final and hopes that during revision of this ruling by supervising and appeal instances as well as upon addressing the UN Human Rights Committee, the justice will be restored and guilty sentence remissed. 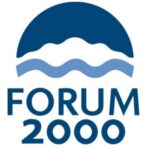 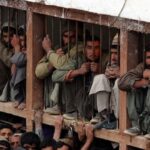 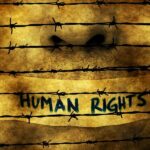 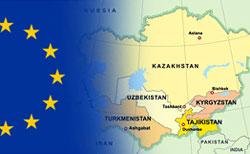